FORT SMITH (KFSM) — At a Tuesday (June 20) Fort Smith Board of Directors meeting an agreement for recycling services was approved. 3rd Rock Recycling and ... 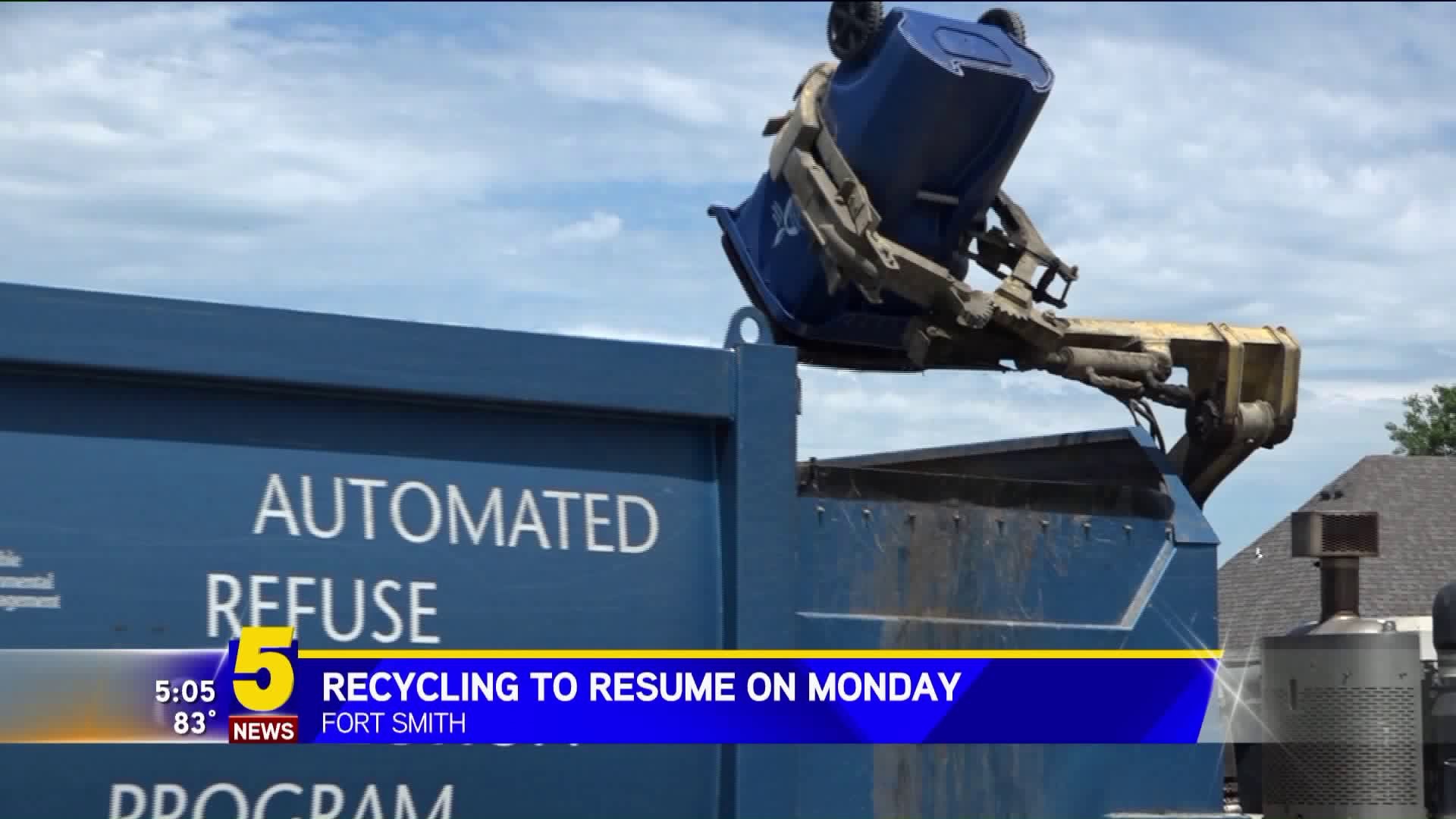 FORT SMITH (KFSM) -- At a Tuesday (June 20) Fort Smith Board of Directors meeting an agreement for recycling services was approved. 3rd Rock Recycling and Pen Sales will now accept Fort Smith's recycling materials. The pair has secured and leased a warehouse on Highway 271 for the process.

"Crews will start bringing the collections that they make from the neighborhoods to this facility and dump them out on the floor," said Deputy City Administrator Jeff Dingman. "It will be bailed and loaded on to trucks or train cars or whatever it is they will get it out of here with and send it to an MRF facility."

City leaders said 3rd Rock Recycling will accept the material at the leased facility where it will take about three weeks to get equipment up and running. Until that time city leaders said materials being delivered starting on Monday will be stockpiled until it can be compacted.

The City of Fort Smith has not had a recycling contract with a processor since 2014, according to a press release. Since that time it has been uncovered that a large portion of resident's recyclables has been going straight to the landfill to be disposed.

Starting Monday (June 26) resident's recyclables will be picked up and taken to the newly leased warehouse. This process will cost the City of Fort Smith $24,000 a month according to Dingman. That money he said will come out of the Fort Smith Sanitation Department's budget and at this time no increase in trash pick up cost is planned.

According to a press release city leaders will continue to look for a solution that will ultimately make the city money.

"The city and 3rd Rock Recycling will continue investigating long-term solutions to make the city's recycling program more sustainable, including the installation of sorting equipment in the local facility, and the creation of the city's own MRF at the landfill," the press release read.