FORT SMITH (KFSM) — An agreement has been reached on the recycling issue in Fort Smith. You may remember the city of Fort Smith revealing it had been dump... 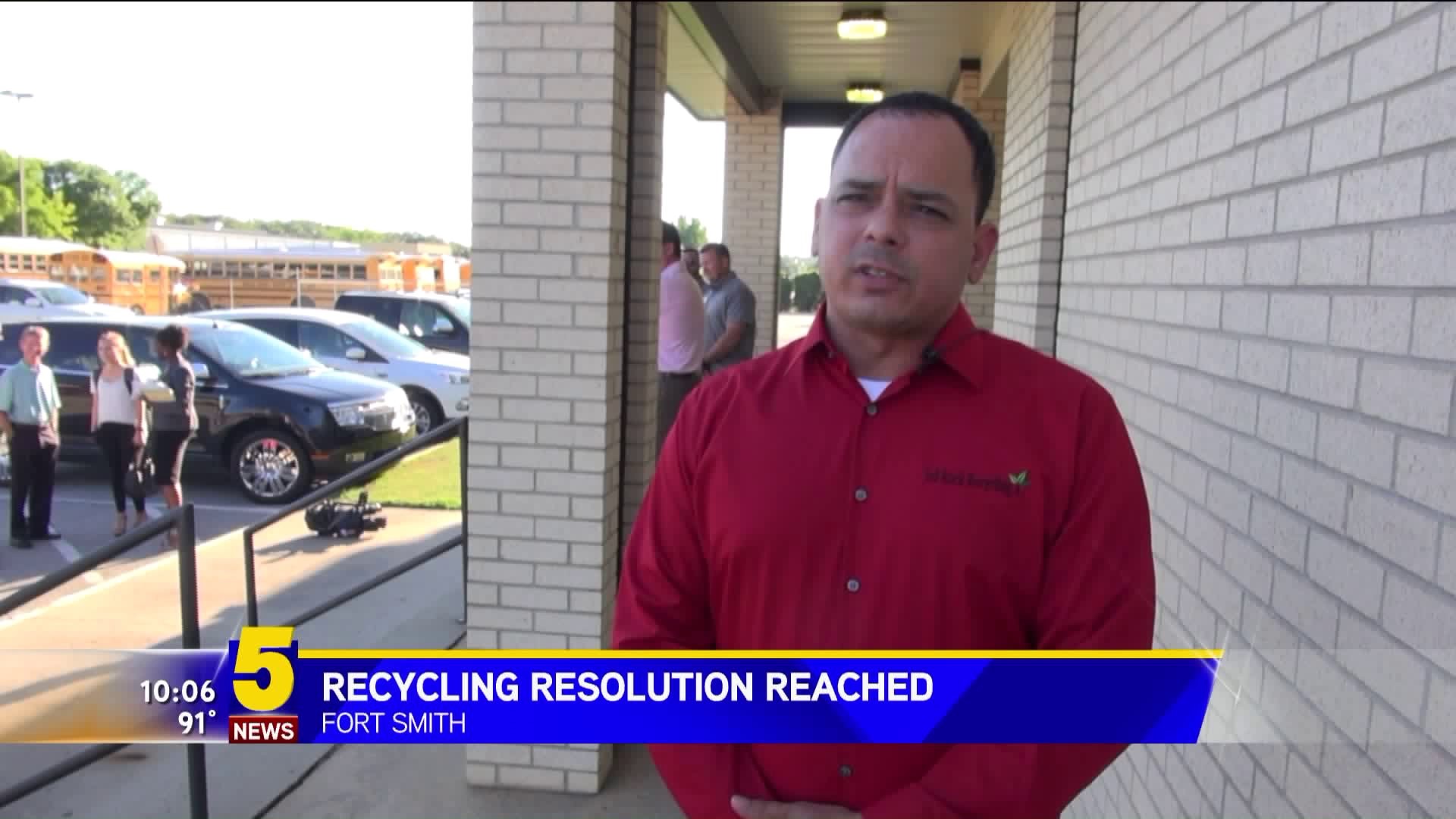 FORT SMITH (KFSM) -- An agreement has been reached on the recycling issue in Fort Smith.

You may remember the city of Fort Smith revealing it had been dumping all recyclable materials into the landfill with the trash since last July.

Tuesday night, the building was packed with people who wanted to know more about the agreement, which passed in favor, four to one.

The president of the company the agreement was reached with, Third Rock Recycling, explained, "To simplify, it's a short term solution to get the recycling program started again, to keep it going, and to get the material out of the landfill while we focus on the more immediate long-term solution of working on putting the control of the recycling program back in the city."

"We hope to hopefully sign a piece of property (sometime this week), and as soon as we do that, we'll be able to start," he continued.

City administrator Carl Geffken said, "The agreement allows us to start transporting all recyclable materials to Third Rock and they will then bail the recycling materials and have them shipped to a recycling facility."

Some citizens in the room were opposed to the contract; which will cost the city around $14,000 a month.

"This solution is like putting a band-aid on a gushing wound," said environmentalist and citizen Robbie Wilson.

Wilson said he thinks single-stream recycling is a failing game.

"Single stream recycling is when you collect all the recyclable materials into one bin and it's collected in one collection truck," he explained.

But the city administrator said, "We need to start recycling because it's what our residents expect. And by passing this resolution, it allows us to go forward."

Going forward, according to Geffken, means next working to reach that long-term solution. He says that hopefully means a recycling facility in the city.