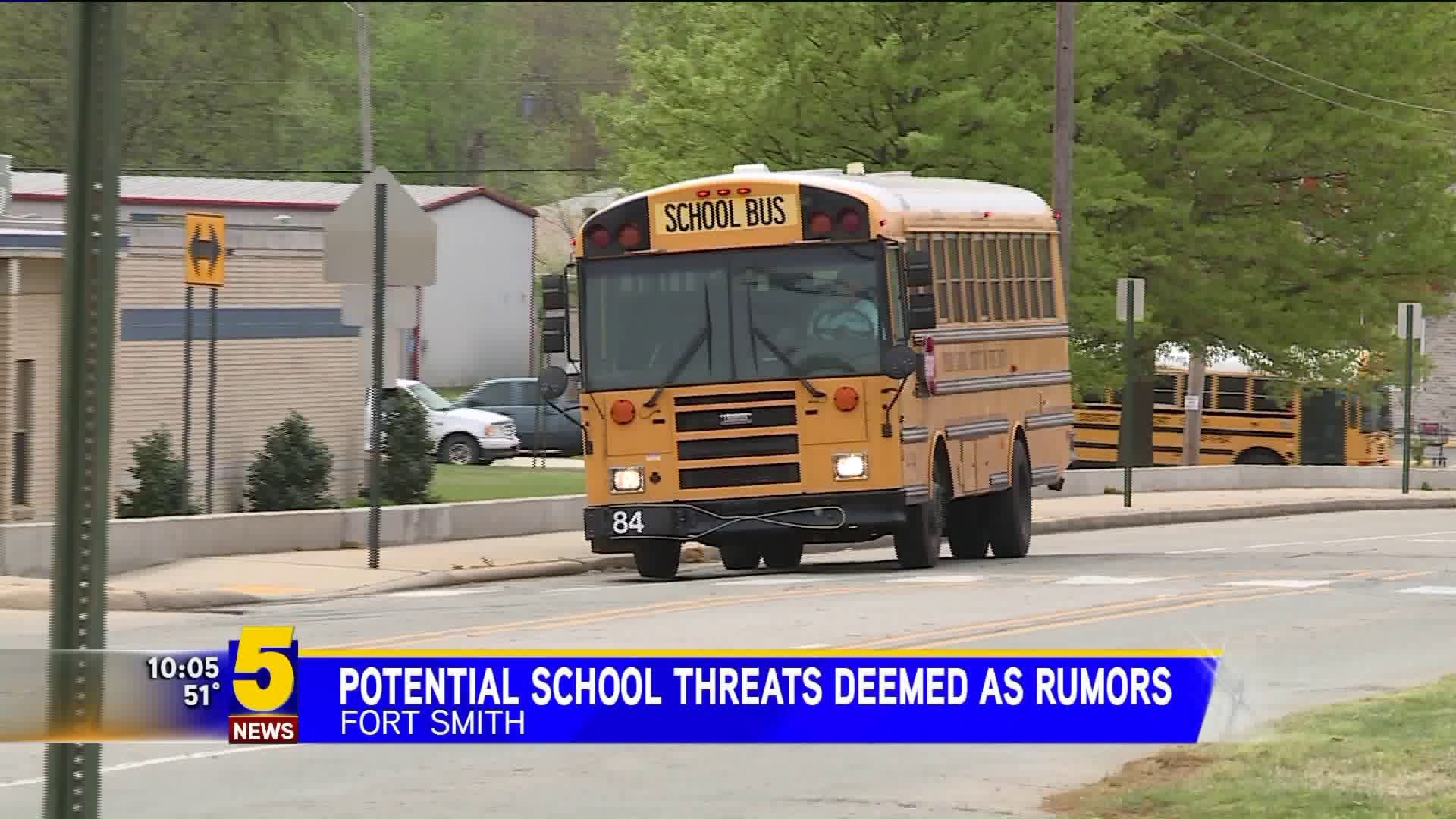 They say the safety and security of their students is the top priority and that's why every single threat is thoroughly investigated.

Recently, some parents of students at Fort Smith Public Schools have received messages from the school district about potential threats at select schools.

"Both of those situations were non-credible threats. We thoroughly investigated and partnered with parents and students and faculty to determine that in fact, the information that we received was not accurate," said Bill Hollenbeck, Director of Security and Facilities Fort Smith Public Schools.

Parent Johnathan Decker said today (April 12) was the first time he heard anything about a threat at Ramsey.

"If there's any kind of threats or anything we should be notified as well," Decker said. "If they've been problems like this and this is the first, we've heard of it somebody is dropping the ball somewhere along the line."

Schools officials said parents are notified about potential safety issues with messages via text, over the phone or through email.

They said problems occur when rumors are shared multiple times of social media.

"Sometimes when it's a rumor situation such as this and it's shared over and over and over on a social networking site, it bogs our ability to give quick accurate updates to our parents," Hollenbeck said.

Hollenbeck said the most effective way to get good, accurate information is to contact the school directly.

Both parents and grandparents agree that schools need to keep the lines of communication open.

Again, those rumblings about weapons at Ramsey and Chaffin have been confirmed by police and the schools as just rumors and not credible threats.

Fort Smith Public Schools have a safety hotline and website you can contact in case you hear about a potential threat.