FORT SMITH, Ark. (KFSM) — Fort Smith Police are searching for suspects in a criminal mischief case that could qualify as a hate crime. According to Aric Mitchel... 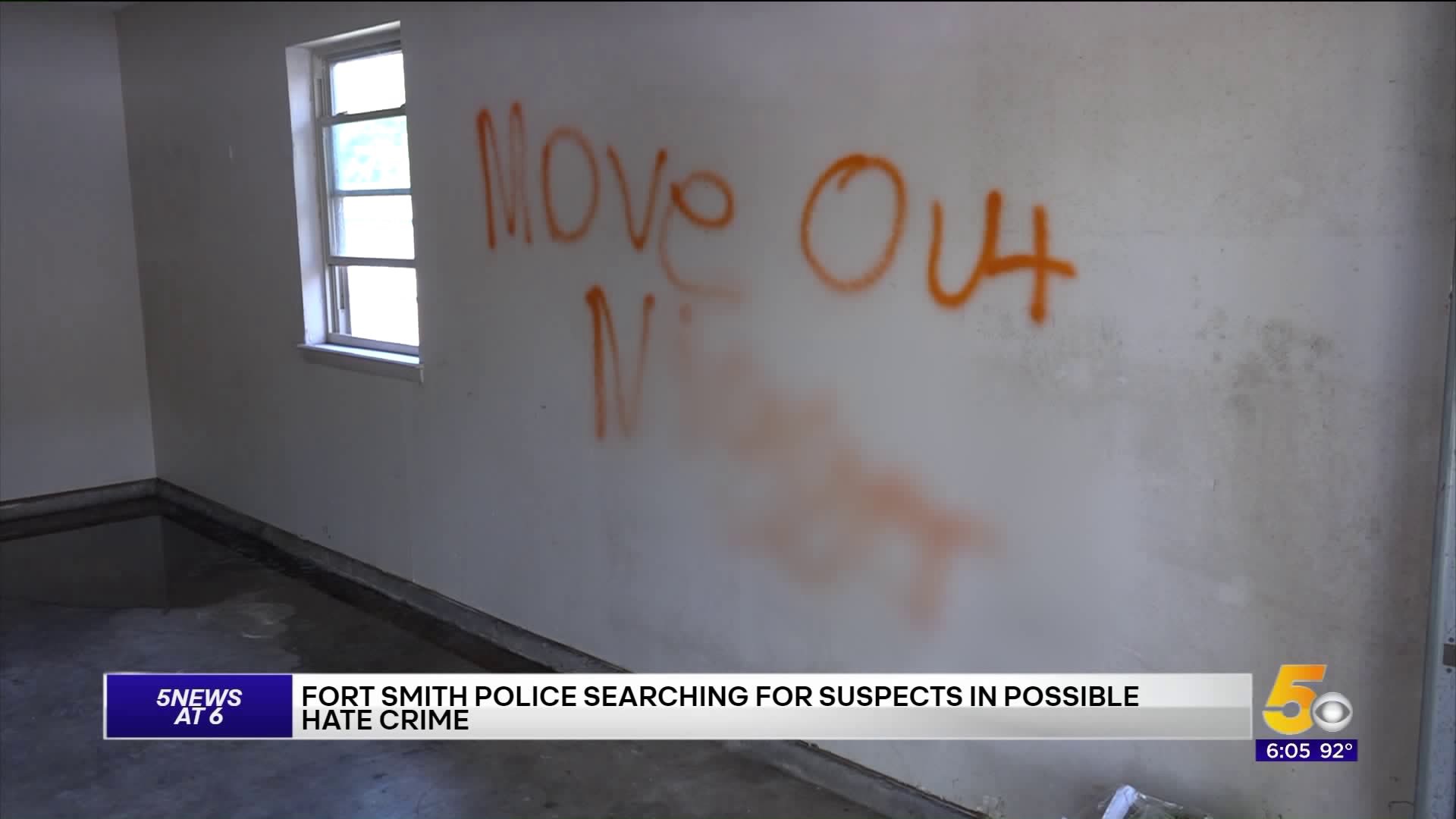 FORT SMITH, Ark. (KFSM) — Fort Smith Police are searching for suspects in a criminal mischief case that could qualify as a hate crime.

According to Aric Mitchell, public information officer for the Fort Smith Police, officers responded to a call at 7:26 a.m. Thursday (Sept. 12) of criminal mischief. At the 8500 block of South 32nd Terrace they found the caller, who told them someone had slashed their tires and spray-painted "racially charged and insensitive language" on their car, a friend's car and the caller's garage.

“It’s scary. It’s heartbreaking for my kids and I mean they wrote die on my car and now it makes me feel unsafe to even stay here,” Amber Henderson said.

Amber Henderson, her three children, her sister and newborn baby have lived in the house for less than a week. Her 15-year-old son saw all the vandalism when he was heading to the bus this morning.

“I was really shocked to be honest. I moved to this neighborhood because I thought it would be nice and safe for my kids and it’s not obviously,” she said.

Henderson thinks they may have been targeted because her children and half black. Her sister Shelby Furr says she’s most upset that all their kids had to see what was written.

“My niece is seven and she was asking what did the stuff mean and why did they do it and all this and that. It’s hard to explain that to a seven year old of what everything means and she’s mixed, so it’s going to be hard to explain everything to her,” she said.

Mitchell said the incident had been referred to the FBI for consideration as a hate crime under federal law, which would carry stiffer penalties.