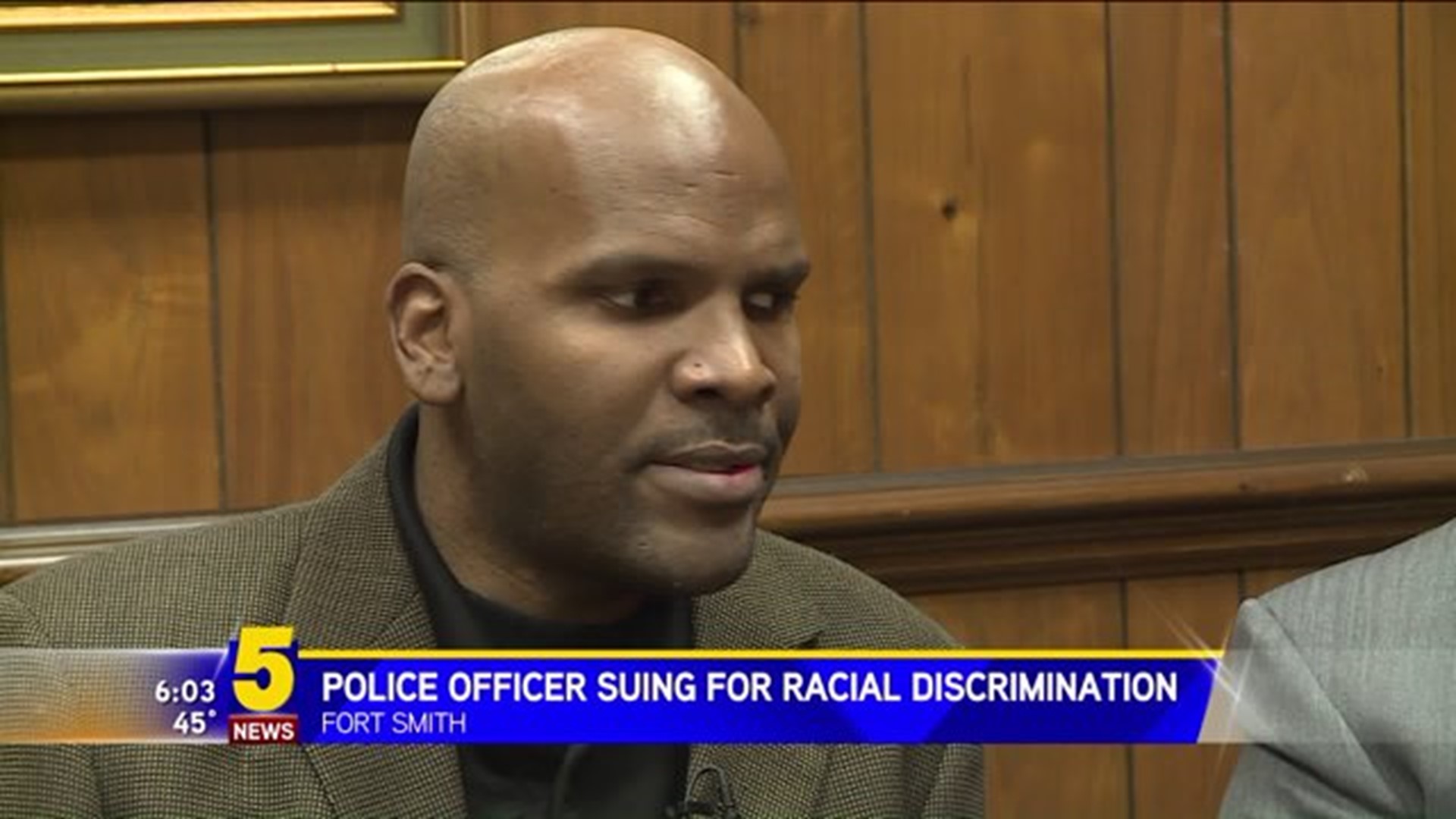 The lawsuit was filed in The United States District Court Western Arkansas District on behalf of Wendall Sampson Jr.

Sampson also claimed he has been retaliated against and denied promotion with higher pay.

"I would go as far to say in the last two and a half years, I've been investigated at least 14 times,"Sampson said.

"The second largest municipality in this state has not promoted an African-American since May of 1988 and has not hired and African-American since 1998," Sampson's attorney Matt Campbell said. "That is appalling, but it also explains how a culture could develop where in Cpl. Sampson would be retaliated and discriminated against solely because he had the audacity to point out overt racial discrimination within the police department."

"I think if you look around this region the minority officers that work for different agencies Sebastian County, The University of Arkansas police department and Pocola-those applicants came to our agency and applied to be an officer here in Fort Smith but there is just something in our process that just would not let that happen," Sampson said.

The lawsuit documents can be read here.

Leaders within the police department have said the allegations are false and shocking.

Sgt. Daniel Grubbs with the Fort Smith Police Department said applications given for police candidates do not ask for a persons race.

"After conferring with Lindsey Kaelin with Human Resource, the race of applicants is not currently tracked," Grubbs said. "During written test phases, the company supplying the test has a section to include race but it is entirely optional to the candidate."

" We have another current African-American police applicant that scored the highest on the written exam and we believe we will be competing with other agencies to gain his employment," Grubbs said. "I feel personally betrayed by the accusations . I've been Cpl. Sampson's supervisor since early summer. I felt we had a great working relationship and was in total shock upon being notified."

The case will now go before a judge to determine if it will go to trial.