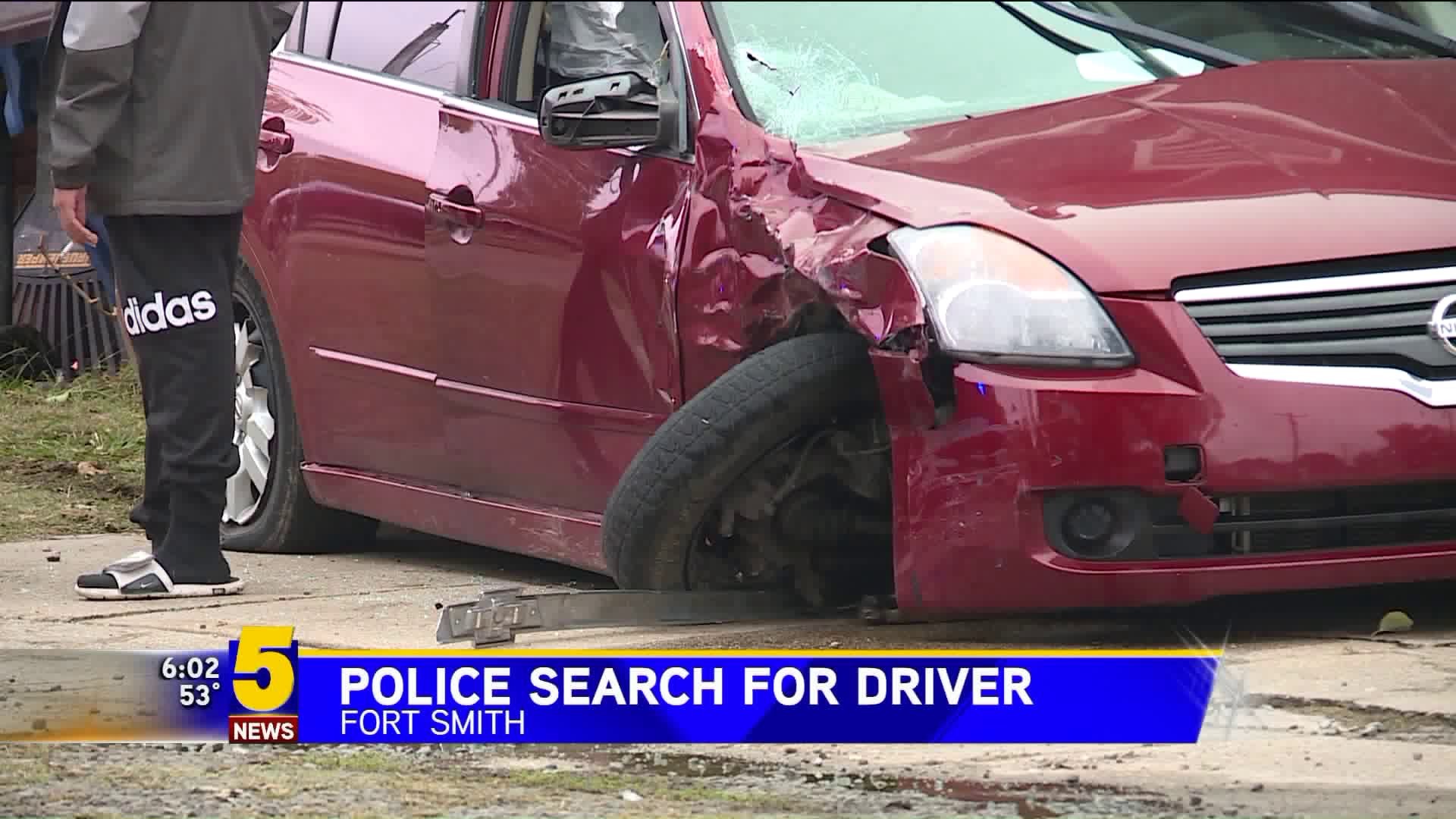 When police arrived at the scene, they found that a red car had crashed into the side of a home a the intersection of North L Street. They also saw a silver pickup truck that had been involved in the wreck.

Police say the driver of a third vehicle, a white SUV, took off after the accident.

The driver of the red car that hit the house on North L Street and North Greenwood told police he was involved in a confrontation at a McDonald's down the street. He said that the encounter was with a driver in the white SUV.

The driver of the red car told police he was trying to get away when investigators say he ran a stop sign and crashed into the silver truck and the house.

The driver of the white SUV took off, police say. And, now they're searching for the driver.

Police are unsure what the initial confrontation at the McDonalds between the drivers was about and are uncertain if they know each other.

Check back for updates to this developing story as police release more details.

A previous draft of this story said police were searching for a white pickup truck.