One Arrested After Car Shootout In Fort Smith

FORT SMITH, Ark. (KFSM) — Police have arrested one man and are searching for other suspects after a shooting Thursday (April 11) near 53rd Street and Wilson Roa... 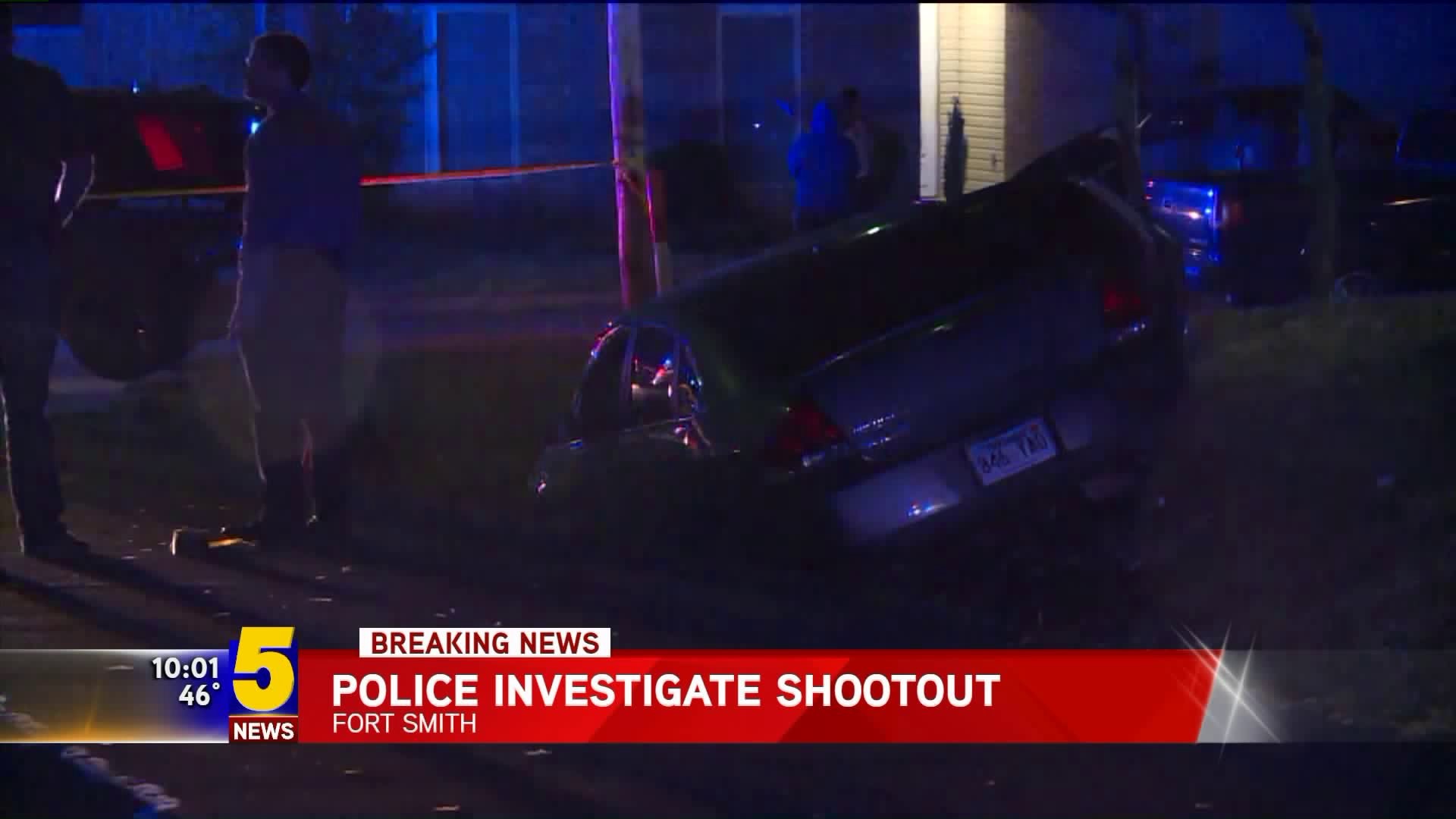 FORT SMITH, Ark. (KFSM) — Police have arrested one man and are searching for other suspects after a shooting Thursday (April 11) near 53rd Street and Wilson Road.

Mitchell Reagan Johnson, of Fort Smith, was arrested in connection with committing a terroristic act, possession of a controlled substance and simultaneous possession of drugs and firearms.

One Arrested After Car Shootout In Fort Smith

One witness said they heard what sounded like six gunshots around 8 p.m.

"It’s a small community you never hear much. The gunshots sounded like they started around my street from 52nd traveling all the way down to the right and we just heard approximately six or seven shots," said witness Jesus Minchaca.

Another said they saw a male drive into a ditch, and then ran from the car clutching his side.

"I was here at the stop sign and when we turned we saw a car at the bottom of the ditch and so then we turned and then we saw a guy that looked about 16 or 17 years old with a red hoodie running grabbing his waist like he was hurt," said witness Galilea Palafox.

One of the vehicles was driven into the ditch and the occupants ran off. Police said the vehicle has at least four or five bullet holes in it.

Police said it is unclear how many people were in the car that ran into the ditch and at this time, they are getting conflicting numbers.

Police are still investigating the scene and looking for other suspects but say at the moment it doesn't appear that anyone was hit by the gunfire.

Sergeant Jeff Lum with FSPD said the man clutching his side was probably hurt from the impact of the vehicle hitting the ditch.

"The best we can tell it’s probably the impact of hitting that ditch at a high rate of speed but as far as we can tell there’s no evidence that anyone was struck with the gunfire," Sgt. Lum said.

Stay with 5NEWS as we receive more information on this developing story.