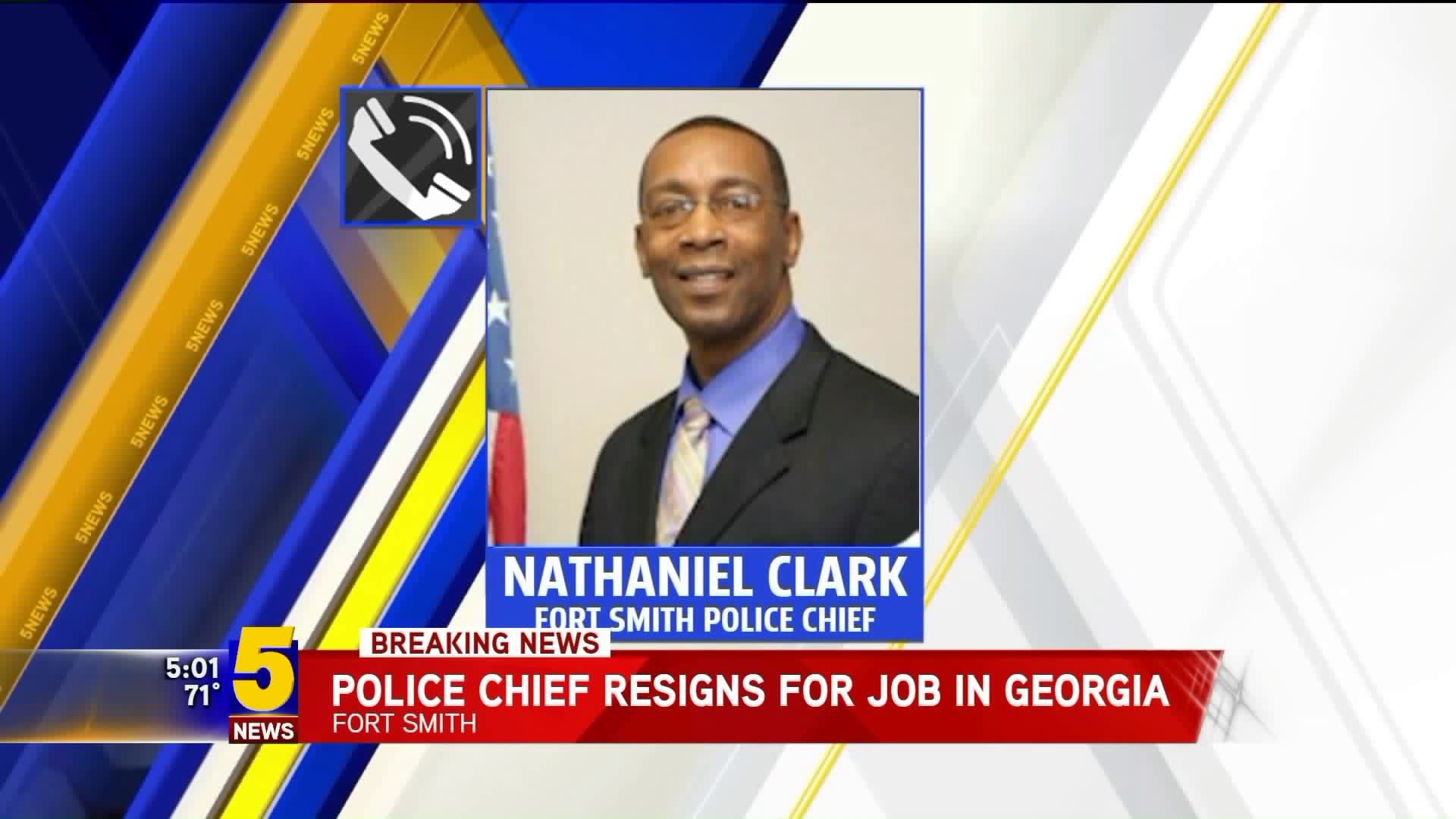 Clark told 5NEWS he will be going to the metro Atlanta area to serve as police chief. A press release from the City of Forest Park says Clark is the sole finalist to be its police chief.

"God has allowed an opportunity to present itself to me. Terms that will allow me to broaden my horizons. I went to a lot of prayer and talked to my family. I will always be grateful to this community to allow me to serve as police chief," Clark said.

"He was in very good standing with the city and with me," said Fort Smith City Administrator Garl E. Geffken.

An interim chief will be named Tuesday (April 2), Geffken said. Geffken also said the Fort Smith Board of Directors will start discussing an interim chief during a Thursday (March 28) meeting.

Clark has faced some trials since he started his job as the Chief. Not long after he started his position a large amount of officers either resigned or retired from the department.

He ended his statement by saying:

"I hope and pray that my successor will use the funds appropriated referencing the 7-year-Strategic Plan to complete a state of the arts firing range, continue to acquire vehicles and enhanced technology and training, and open a precinct on the east and/or south side of the city.

I am honored and forever grateful to have been given the opportunity to serve with you, departmental staff, and the citizens and guests of Fort Smith as Chief of Police." - Nathaniel Clark

Our partners at Talk Business and Politics report that since 2016 the Fort Smith Police Department has increased its number of black, Hispanic, and female officers.

In that span, the department also improved its number of black officers to 4% from 1%. The Hispanic demo is now at 7% from 5% previously, and female officers are at 8%, up from 5%.

Lindsay had resigned the year prior after being accused of making racial remarks in front of a city employee.

In 2018, Clark was among eight Arkansas police chiefs nominated for Chief of the Year by the Arkansas Association of Chiefs of Police.