FORT SMITH (KFSM) — Fort Smith police officers are being credited with saving the life of a man who parked his car in the middle of traffic and climbed on... 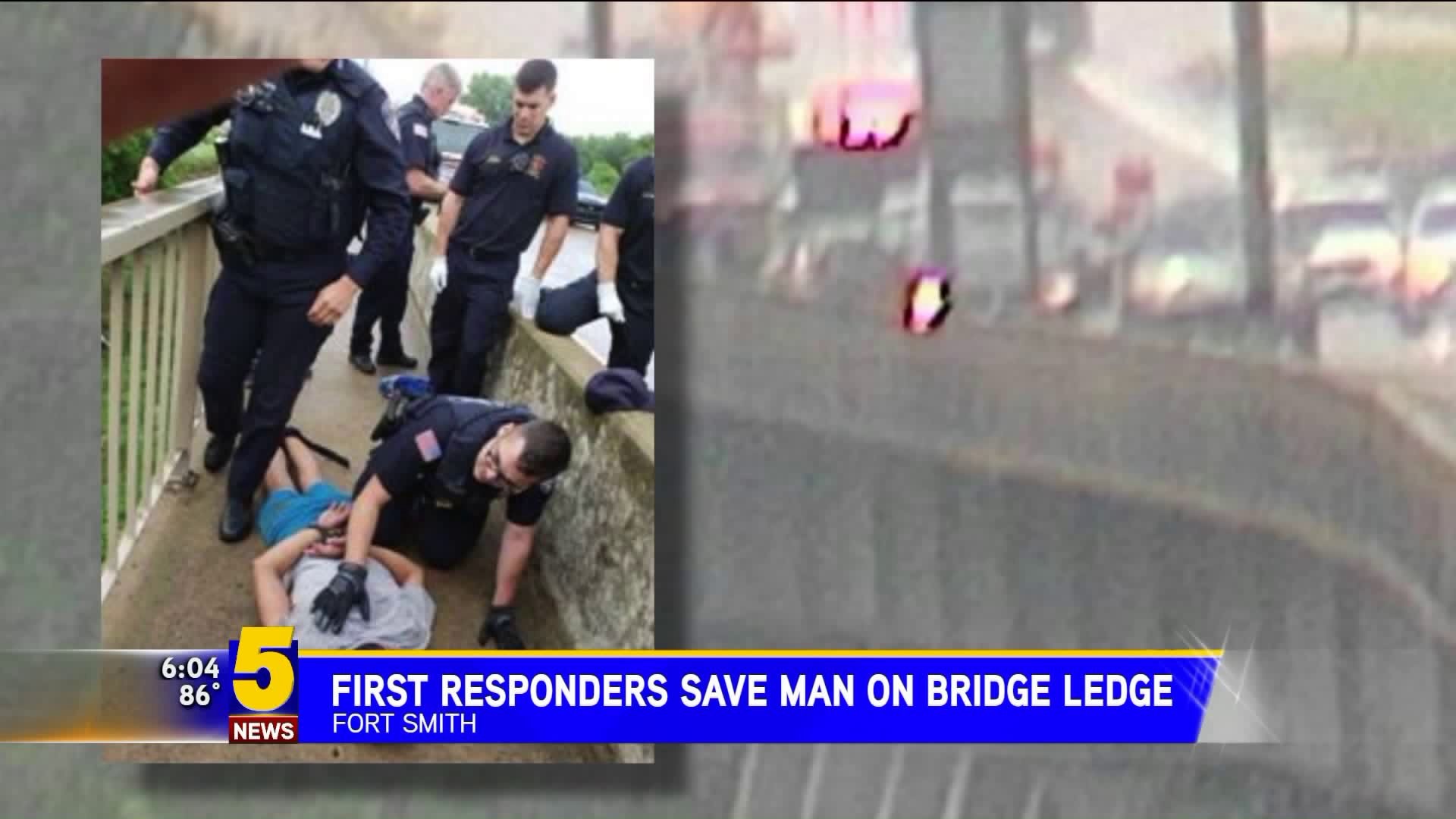 FORT SMITH (KFSM) -- Fort Smith police officers are being credited with saving the life of a man who parked his car in the middle of traffic and climbed onto the ledge of the Garrison Avenue Bridge.

Officer Steven Creek said he was the first to arrive on scene along with his partner-in-training.

With traffic backed up, Creek approached the man who was hanging onto the edge of the bridge. He said the drop was potentially deadly.

"I approached the gentleman from my vehicle with my hands out so I didn't appear he was in any kind of trouble," Creek said.

Creek said he tried to communicate with the man, who did not speak English. He said first responders grabbed him when it was apparent that he was going to lose his grip, but the hot temperatures made it difficult.

“The only thing I could think to do was yell for help. Luckily, there were some bystanders and also at that time there were other officers that arrived on scene along with a couple of firemen that had arrived on scene,” Creek said

First responders handcuffed the man to the bridge to keep him from slipping.

The name of the man has not been released, but police did say he has received mental health services.