A $337 Million Powerball winner has an Arkansas connection, according to lottery officials. 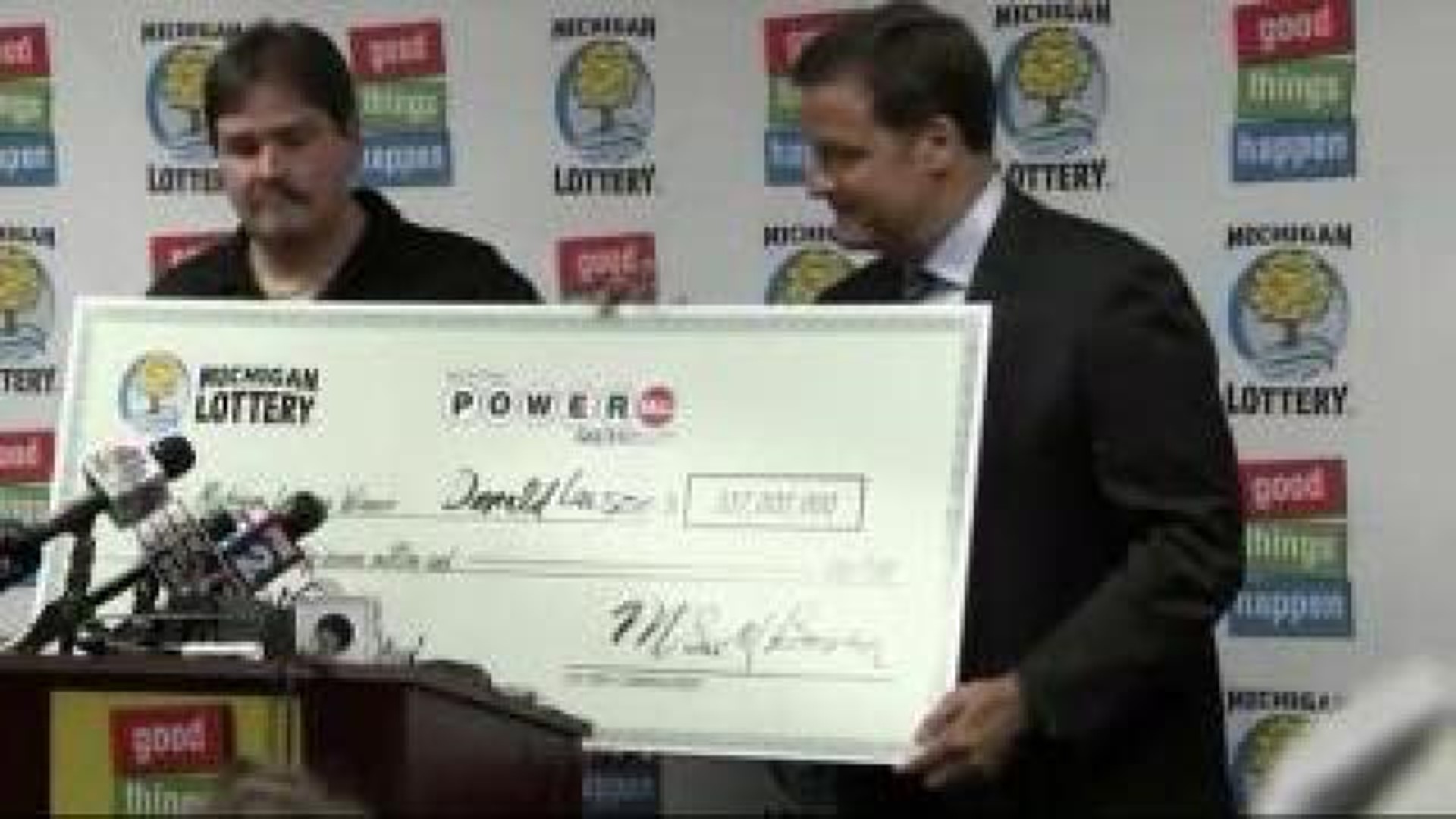 (CNN & 5NEWS) - A $337 Million Powerball winner has an Arkansas connection, according to lottery officials.

Donald Lawson, 44, a railroad worker who now lives in Lapeer, Mich., collected his prize Friday from his winning ticket purchased on Aug. 15.

Lawson, who said his entire immediate family has retired based on his good fortune, told the crowd gathered for the announcement that he moved to Michigan from Fort Smith, where he grew up, according to a news release from the Arkansas Scholarship Lottery.

"I'm a millionaire now, but I'll still go to McDonald's," Lawson told reporters Friday at the Michigan Lottery headquarters in Lansing, where he came forward to collect on the August 15 drawing. "I don't like filet mignon or lobster. I like the simple life, and that's what I want to continue to do."

Lawson, of Lapeer, was the sole winner of the August 15 prize. He chose the lump-sum cash option, which gives him $224.6 million, before tax, at once.

"I walked into the ... station, and usually there ain't nobody up there, but there was a long line. But something from above -- I do have to credit that -- told me to go over there and pick my own numbers. I didn't pick them -- my hand just went," Lawson said.

Lawson said his two children will now be set for college, and he told his close relatives to retire, "and they had no problem with that."

He said he plans to travel a lot, but for now, he's going to "go somewhere safe and think about (what to do) and go from there."

"This money won't last forever unless I use it right and budget it right. It's not a lot, $337 million," he joked, drawing laughter, before addressing the issue of taxes. "You all think it's tremendous amount, but I'm kind of pissed at Uncle Sam ... you know?"

Eight other tickets won the $1 million Match 5 prize on August 15. Two of those tickets were bought in Indiana, and the others in Kansas, Kentucky, New Jersey, New Mexico, Pennsylvania and Virginia, lottery officials said.

The game's largest prize to date was $365 million, which was awarded in 2006 to a group of eight co-workers at a Nebraska meat-packing plant.

That record drawing happened when the cost for a Powerball ticket was $1. In January, the price increased to $2, with officials saying it would lead to an increased number of large jackpots. At the same time, the odds improved somewhat because officials reduced the number of red balls, the powerballs, from 39 to 35.

At $337 million, the Powerball pot still has ways to go to catch MegaMillions at the top of the list of U.S. grand prizes. In March, three tickets were sold for a drawing with the top prize of $656 million