Fort Smith Museum To Increase Security After Artifact Was Stolen

FORT SMITH (KFSM) — Judge Isaac Parker’s lizard pin is back home at the Fort Smith Museum of History after it was stolen and is prompting those at t... 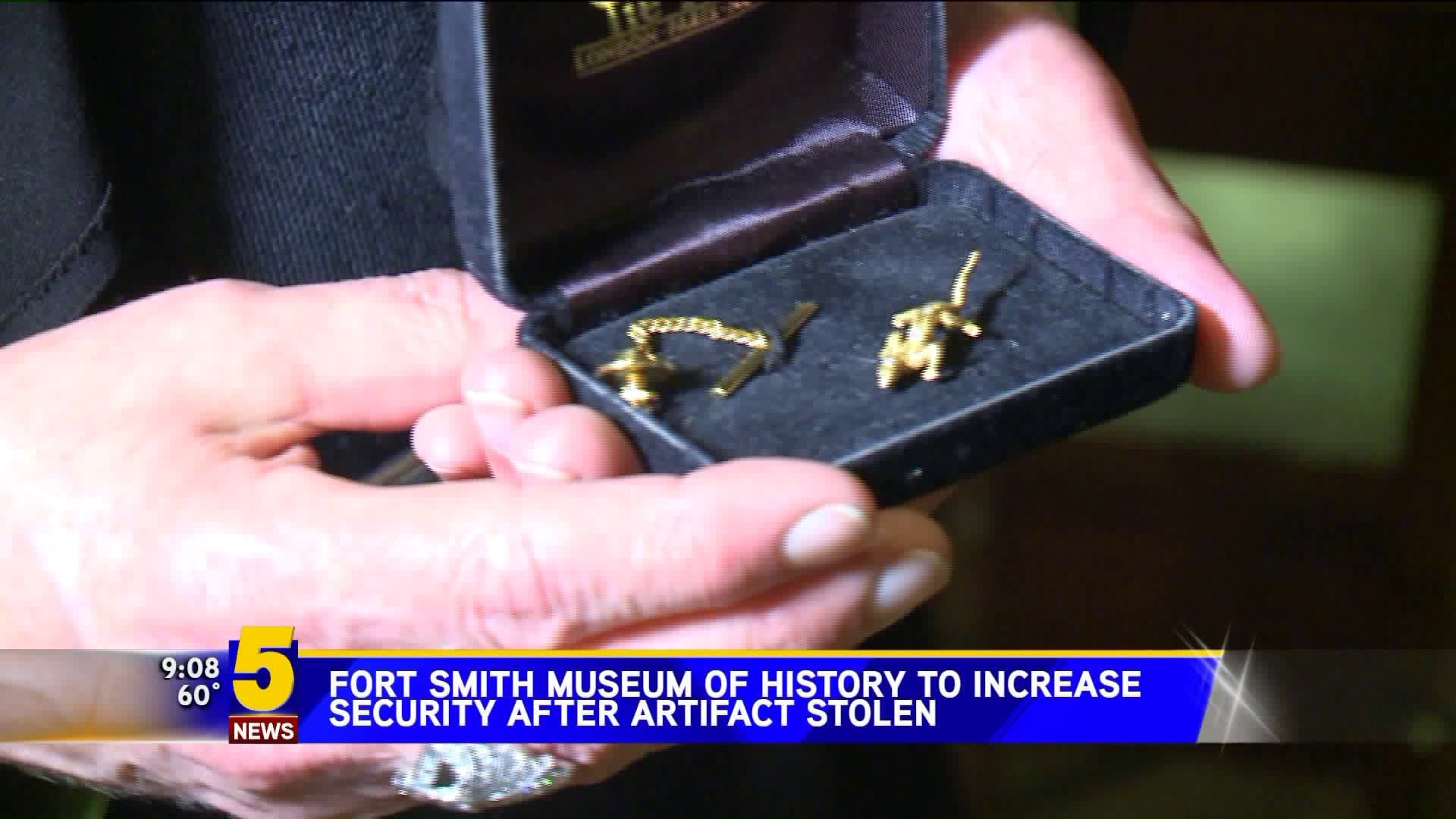 FORT SMITH (KFSM) -- Judge Isaac Parker's lizard pin is back home at the Fort Smith Museum of History after it was stolen and is prompting those at the museum to increase security.

"I was just heartbroken when I realized it was gone and then I was so relieved when it was returned," Leisa Gramlich, executive director said.

The well-known gold lizard pin worn by Judge Parker may be back at the museum, but police aren't releasing many details yet as to how it was found or who stole it.

"I was a little disgusted that we couldn`t have something on display and people just keep their hands to themselves," Julia Young, museum visitor said. "But I`m impressed at how fast the mystery was solved."

The museum is now working to increase security.

Gramlich said it will take some time because adding alarms and more cameras will cost quite a bit of money.

"Right now, we have alarms on some artifacts, some cases," Gramlich said. "We have limited cameras because they`re expensive. A lot of people have commented that cameras aren`t that expensive anymore. Maybe not if you`re getting two or four for your home. But when you`re trying to cover a 62,000 square foot building, yeah that`s expensive."

Those who visit the museum think it's a good idea to increase security for the priceless pieces of history, but they said it's a shame that it's necessary.

"The fact that they even have to a do not touch sign on something, it`s obviously old and fragile," Young said. "If we all want to touch it or take a piece of it, there`s nothing left. It`s here to be preserved."

"It`s sad that we have to do that but I understand particularly with pieces like that where it`s a valuable piece and you can understand the desperation and temptation that some people fall into, but protecting pieces that are that valuable makes sense," Mike Leachman, museum visitor said.

Because of the pin being stolen, it most likely won't return to its old display, which is just another consequence of the thief's thoughtless actions.

"That`s part of the history here and that`s important to all of us who are connected to Fort Smith to have these artifacts that tell us where we came from," Leachman said."

The museum plans to throw a party to celebrate the return of the pin and raise money for the efforts to increase security.

Gramlich said it may be a couple of months until the added security is in place. She is considering displaying the lizard pin for special events, but not until more cameras and alarms are in place.

For more information about the Fort Smith Museum of History, click here.