FORT SMITH, Ark. (KFSM) — A Fort Smith mother is demanding an apology after she says two people threw food at her daughter while she was at work. Gwen Grice say... 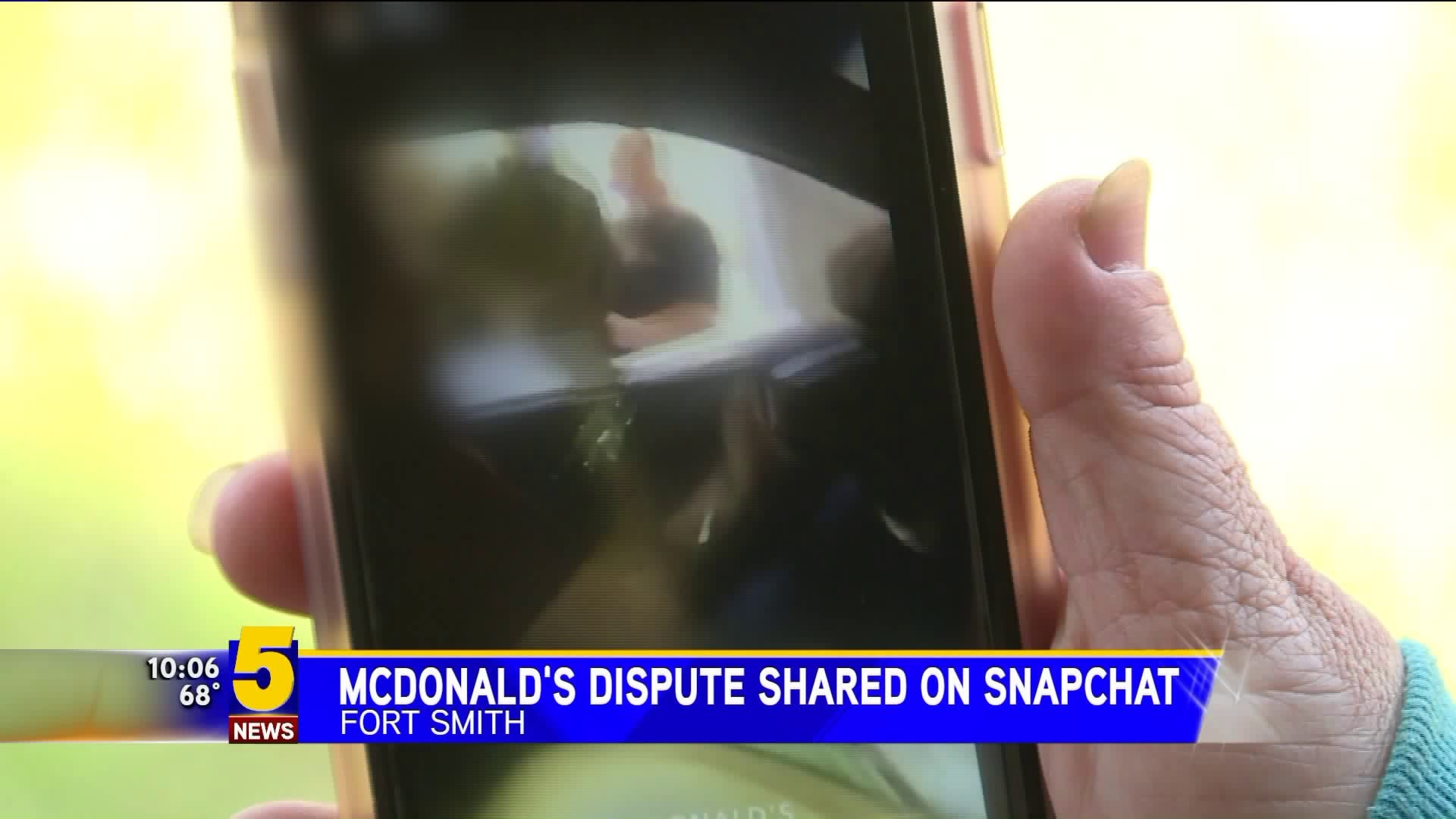 FORT SMITH, Ark. (KFSM) — A Fort Smith mother is demanding an apology after she says two people threw food at her daughter while she was at work.

Gwen Grice says she picked her daughter from work earlier this week and that's when she heard some upsetting news.

Gwen's son later showed her a Snapchat video that made her take action.

"He shows me the video and it makes me completely irate because not only did someone throw food through the window, but they hit her with it," said Gwen.

She filed a police report with the Fort Smith Police Department.

It says the incident happened on Tuesday at a McDonalds in Fort Smith.

"I was like in shock so, I couldn`t really tell what happened and there were customers behind him, so I didn`t want cry or make a big deal out of it," said Xhyliyah Grice.

The police report refers to the people in the car as "two boys". It says the boy in the driver's seat was the one who threw the food and called the Xhyliyah something vulgar.

"It`s not okay, these kids they`re trying to make their money, whatever the situation is they`re not up there to have stuff thrown at them. At the least, I feel like he owes her an apology if nothing else," said Gwen.

According to a Fort Smith Police Department spokesman, this is an open investigation, they are taking tips about it and looking for the people responsible.