FORT SMITH (KFSM) —  On Valentine’s Day, Fort Smith mom Julia Kiefer was at the Central Mall food court near the play place area when she says she s... 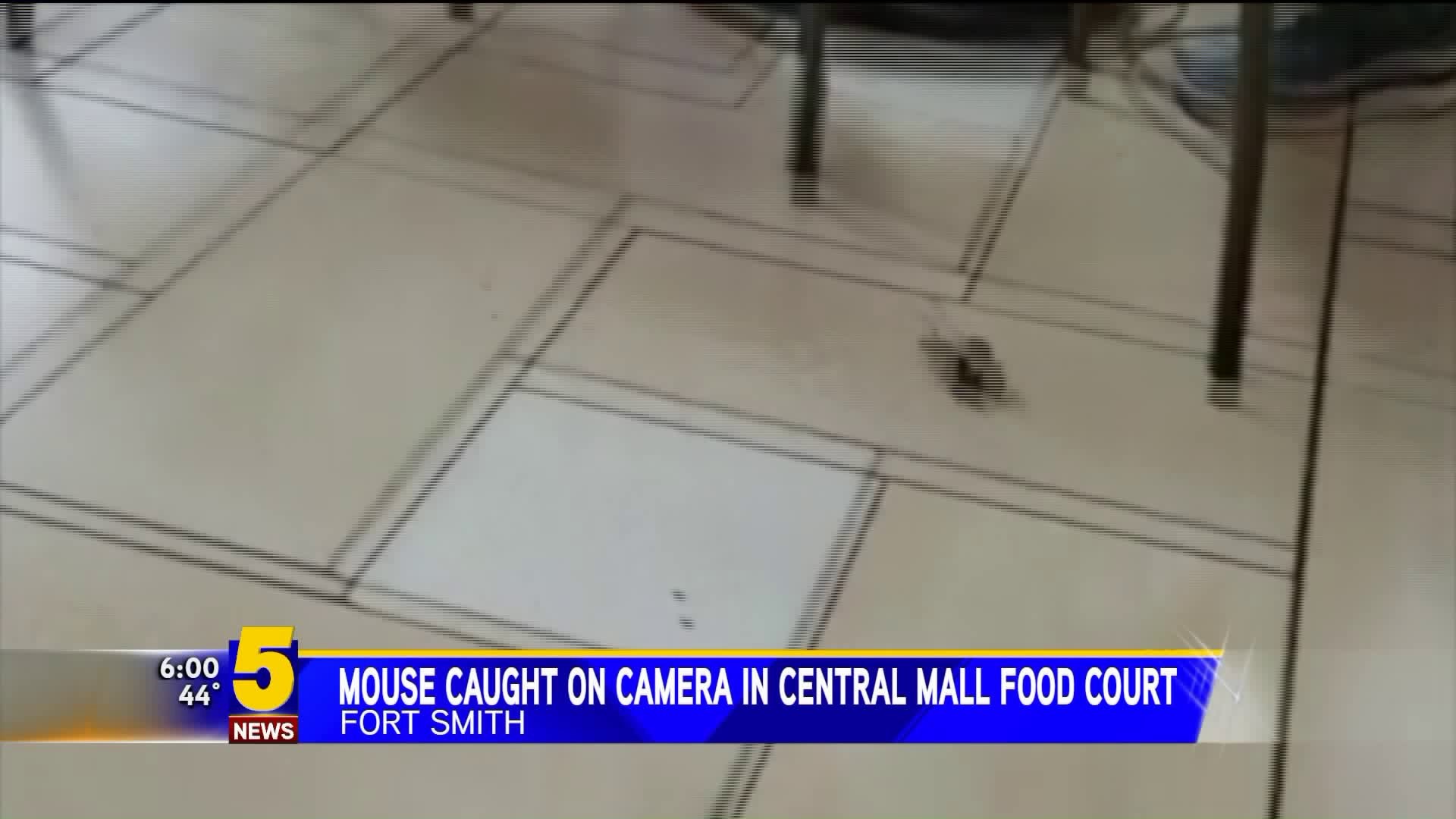 FORT SMITH (KFSM) --  On Valentine's Day, Fort Smith mom Julia Kiefer was at the Central Mall food court near the play place area when she says she saw a mouse come from the play area and run under a table.

Kiefer started recording video on her phone. As her husband lifted the table, you can see the mouse run out and scurry under another table.

The Fort Smith mother took to Facebook with the video and posted a warning to other parents.

"On a recent visit there (Valentine's Day) I saw mice not just once, but THREE times. We were there for less than an hour, maybe 40 minutes tops and the sightings in less time than that. Once was just outside the play area near the door to the mall, he went from the trash to behind the cushioned seats that line the play place. Another was IN THE PLAY AREA, he literally ran around the cubbies that children are to put their shoes in and retreated to behind the seats. The final sighting was in the dining area while we were eating, (I'm a bit ashamed we ate at all now) and can be seen in the video below (excuse my language in it). Again, he retreated to under the seats that line the outside of the play area," Kiefer wrote on her Facebook page.

She later updated the post saying that she had contacted management at Central Mall after several days of calling.

"I attempted to contact management then and there and was directed to the operations manager, Doug Koenig's voicemail since he was in a meeting. I left him a voicemail expressing my concern and never received a callback. When I called again the next day I was eventually directed to the general manager, Gary Ogzewalla. I was honestly shocked when he informed me that they KNOW about the problem! When I asked what was being done he told me that pest control has come a number of times and they have placed traps under the seats. I didn't think to ask how often they were changed in the moment, hopefully at least once a day. I expressed that clearly they aren't working, why would you not just close the play area until it is resolved?? He did not give me an answer.

"I have just spoken again with Mr. Ogzewalla, the general manager of Central Mall. He was very apologetic and wanted to assure me that they are taking my concerns seriously. He let me know that since we spoke on Friday, they closed the play area and had pest control come again. They had one mouse in their glue traps, and found then plugged up where they believe the mice were getting in from. He told me they deep cleaned the play area and opened it back up and then after a child had an accident, closed it again to be disinfected. He let me know they are doing their best and believe the issue resolved for now," Keifer posted on her Facebook page.

"Our primary concern is for the safety of our shoppers and mall employees and we are committed to providing an exceptional retail experience.  Immediately upon receiving information regarding a potential health issue at the play area, the Central Mall management office contacted a pest-control expert and the area was closed.  The property took the proper steps, working with the pest control, housekeeping and health department to ensure our play area was sanitized and eradicated of the issue to the best of our ability.  We appreciate the support our patrons and will continue to strive to ensure a great experience at Central Mall," Ogzewalla said in a statement.

Kiefer says the incident won't keep her from visiting the mall.

"Based on what they told me it sounds like they are taking care of it in the way I would want them to," she said.