FORT SMITH (KFSM)- It’s been more than 30 years since the last millage increase in Fort Smith and in the primary election, an increase to benefit local sc... 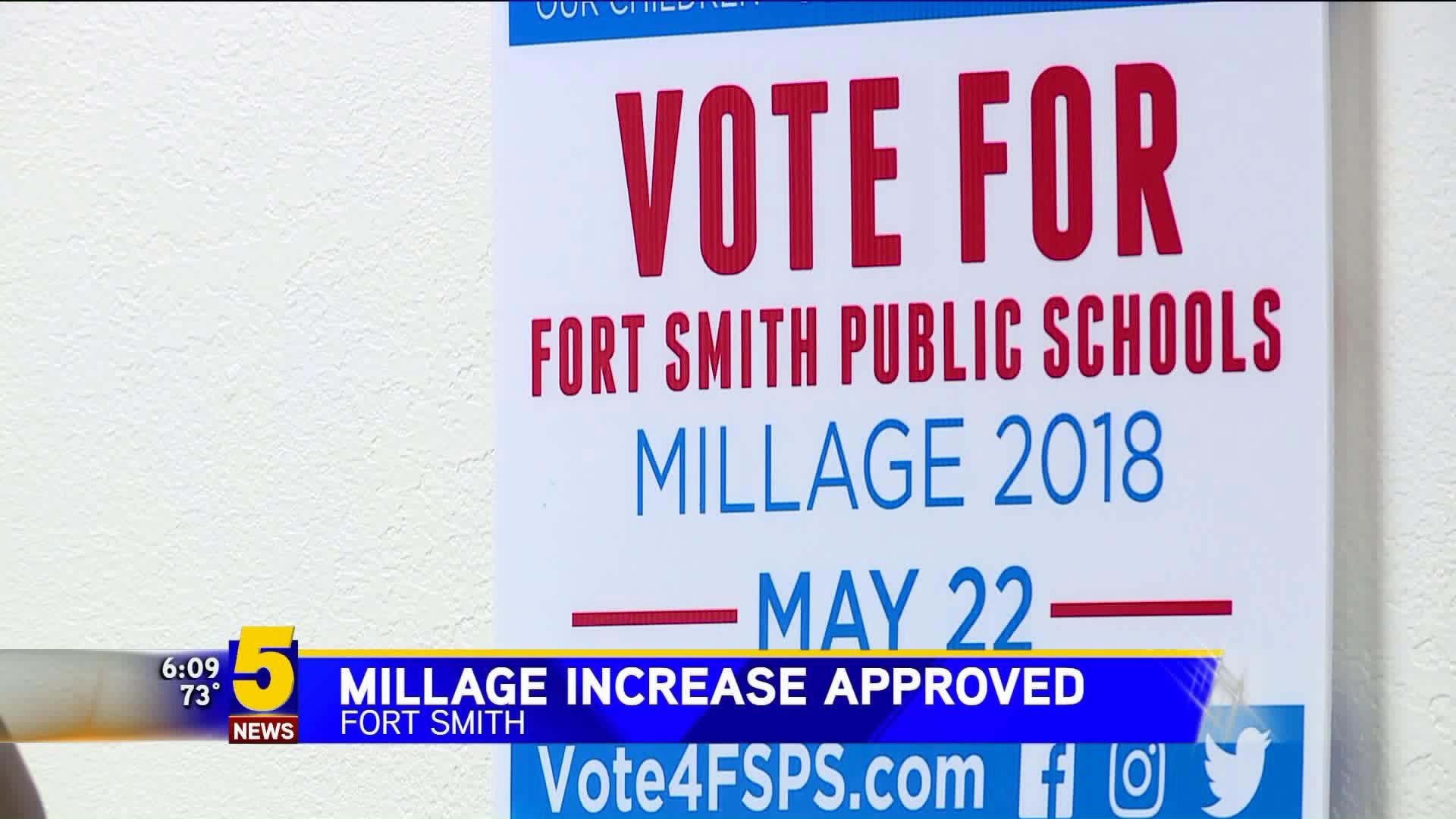 FORT SMITH (KFSM)- It's been more than 30 years since the last millage increase in Fort Smith and in the primary election, an increase to benefit local schools got the green light.

The funds from the millage increase will go toward a more than $120 million dollar improvement plan for schools district-wide.

"We`re really excited about it and the support shown to the district by the community of Fort Smith and Barling," Doug Brubaker, Fort Smith Public Schools superintendent said.

Parents said they're excited, too.

"I`m thrilled that it did," parent, Maurine Moyle said. "I think Fort Smith needs to get caught up on all the school things that need to be done."

In the works for the millage project is an expansion to career and technology programs and increasing classroom capacity.

One of the biggest parts of the project is safety and security, which the district plans to start on immediately.

"About 30-40 percent is safety and security," Brubaker said. "So, things like electronic door locks and secure vestibules and those kinds of features that make our campuses more safe."

They're also looking to move ninth grade into the high schools along with replacing technology every four years.

"I think it`s a good thing," Crane said. "You need improvements. Things are gonna get old and tear apart and fall down, so you gotta keep up with it."

The passing of the millage does mean property taxes will increase. While some parents don't look forward to that, they said it's worth it.

"I hate paying more money for stuff, but I do like that it`s going toward education and something good," parent, Shantell Weaver said.

"I think it`s a good idea," Crane said. "I know everyone`s property taxes are gonna go up, but I think the schools need it."

Brubaker said as soon as the district can start working on bids, they will begin working on the security upgrades.

The district plans to be transparent with the public about every process of the millage project.

For all the information and plans about the millage increase and projects, click here.