FORT SMITH, Ark. (KFSM) — A Fort Smith man says he was attacked while trying to do the right thing, give money back to its rightful owner. Austin Truax says he ... 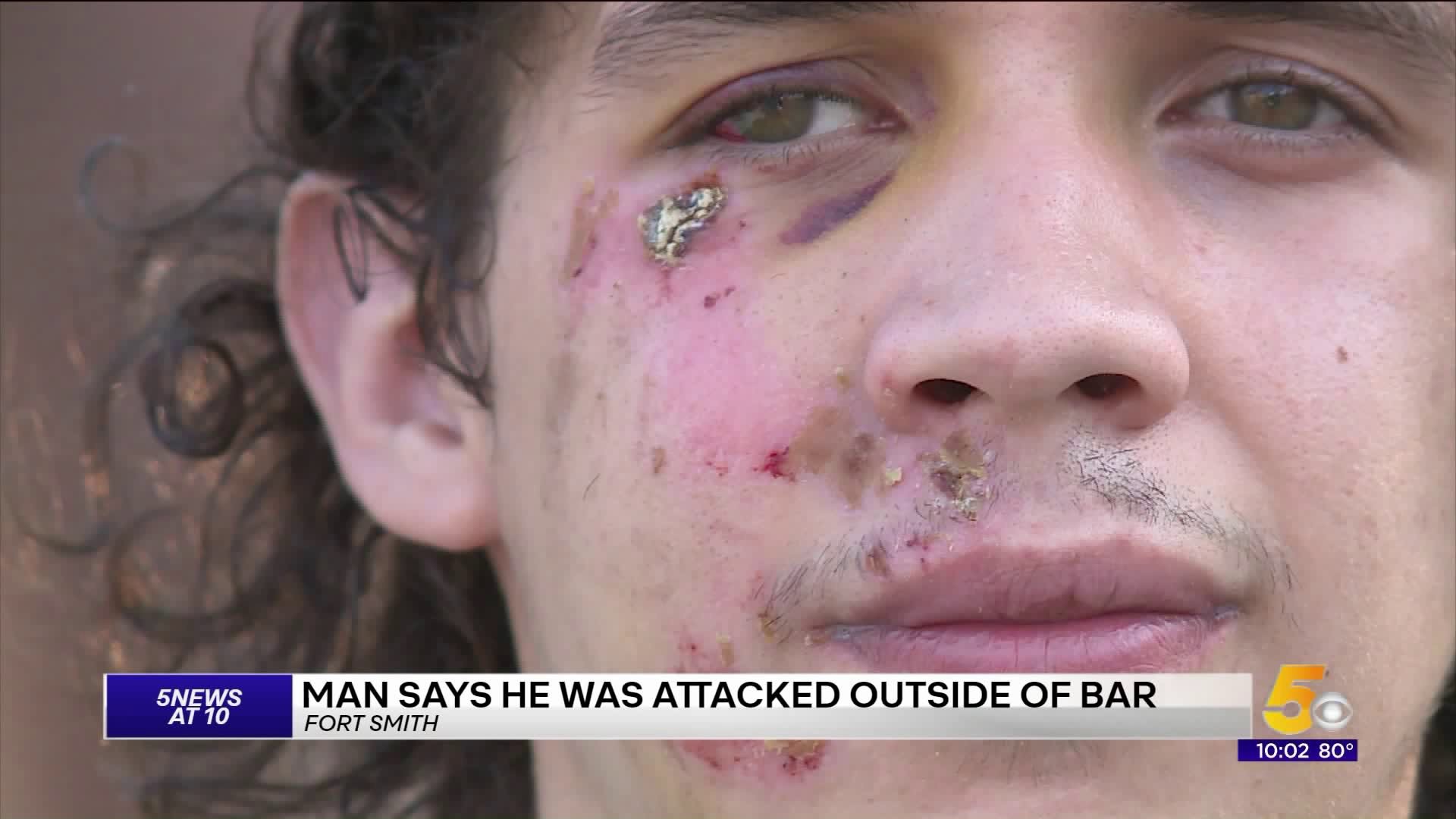 FORT SMITH, Ark. (KFSM) — A Fort Smith man says he was attacked while trying to do the right thing, give money back to its rightful owner.

Austin Truax says he was attacked outside of the bar Old Town on Garrison Ave. early Sunday morning by a person he sees there often.

"He had put some money where I was going to sit down at and I had picked up that money and given it to him, but he was under the impression I was stealing that from him," Truax said. "This is a regular that I typically see so when walking by him again on my way home I tried to tell him once more that I wasn't stealing from him."

That's when Truax says he was attacked.

"I was chased down and assaulted and my face used as sidewalk chalk," Truax said. "The hospital says that my face may be fractured."

Truax says at first he didn't want to go to the police out of fear of retaliation and that he might end up in jail, that was until other bar patrons stepped in.

"Originally I had an unpaid loitering fine that I was worried about, to get arrested for if I were to report it, but the regulars here got together and helped me pay my $405 minimum fine payment so I could make this police report because they were really concerned too," Truax said.

Truax says he's glad he listened to others at the bar and spoke out about the attack.

"I'm sorry that I made him overreact in such a way, and I hope we can get some justice on both ends and some help on both ends for this," Truax said.

Austin says he is currently pursuing pressing criminal charges through the Sebastian County Prosecuting Attorney's Office, who tells 5NEWS they have referred the case back to police to further the investigation.

At this time there have been no arrests and no criminal charges have been filed.