FORT SMITH, Ark. (KFSM) — A Fort Smith man has been sentenced to 40 years in state prison after pleading guilty to killing his girlfriend’s 1-year-old chi... 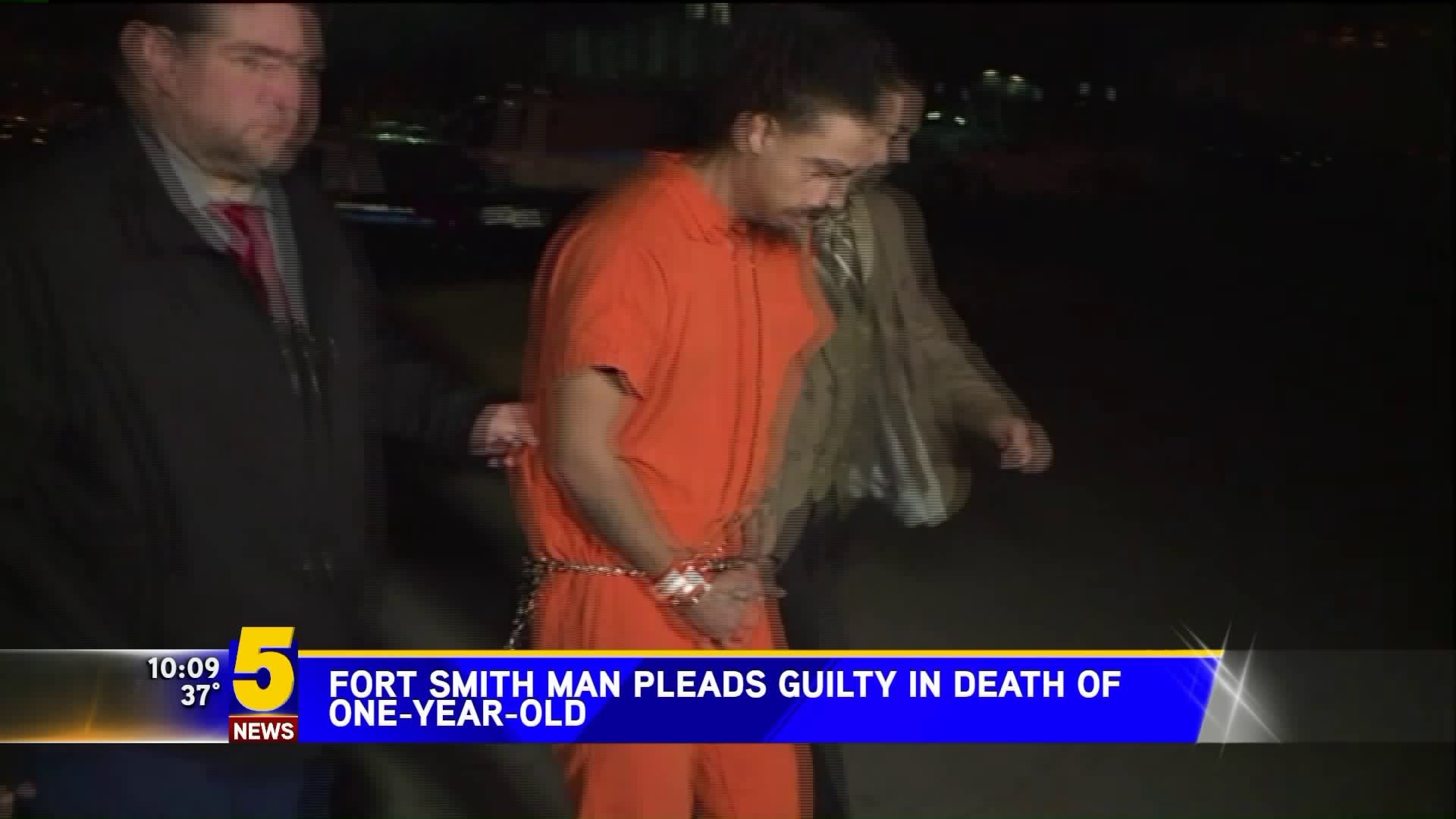 FORT SMITH, Ark. (KFSM) — A Fort Smith man has been sentenced to 40 years in state prison after pleading guilty to killing his girlfriend's 1-year-old child.

Tyree La'Mont Williams, 25, pleaded guilty to a first-degree murder charge in connection with the death of 20-month-old Kylah Mikel Woodard, according to the sentencing order. The guilty plea comes four days before the scheduled date for his jury trial.

Williams was sentenced to 40 years with 20 years suspended imposition of sentence for the crime.

The medical examiner said he thinks the cause of death was "blunt force abdominal trauma," according to court documents.

Williams reportedly told investigators that he punched Kylah more than once in her stomach. He told them he has hit her during past occasions, the documents state.

Investigators were dispatched to Sparks Regional Medical Center at 4:15 p.m. Tuesday (Jan. 30), regarding a couple entering the emergency room carrying a dead little girl, according to police. She died at the hospital about 30 minutes after arriving.

Police said Kylah had bruises on her body.

Sierra Ann Johnson pleaded guilty in May 2018 and agreed to testify against her former live-in boyfriend Williams. Prosecutors say the 20-year-old left her daughter with  Williams knowing that he had abused the girl in the past and sold marijuana.

After serving her prison term, Johnson will be on probation for 10 years.

A Go Fund Me account has been set up for the family for funeral costs for Kylah.

Pink shirts and car decals are also being sold to help the family.