SHERWOOD, Ark. (KFSM) — A man who just recently moved from Fort Smith to Little Rock was killed after being hit by a car while riding his bicycle. The driver wh... 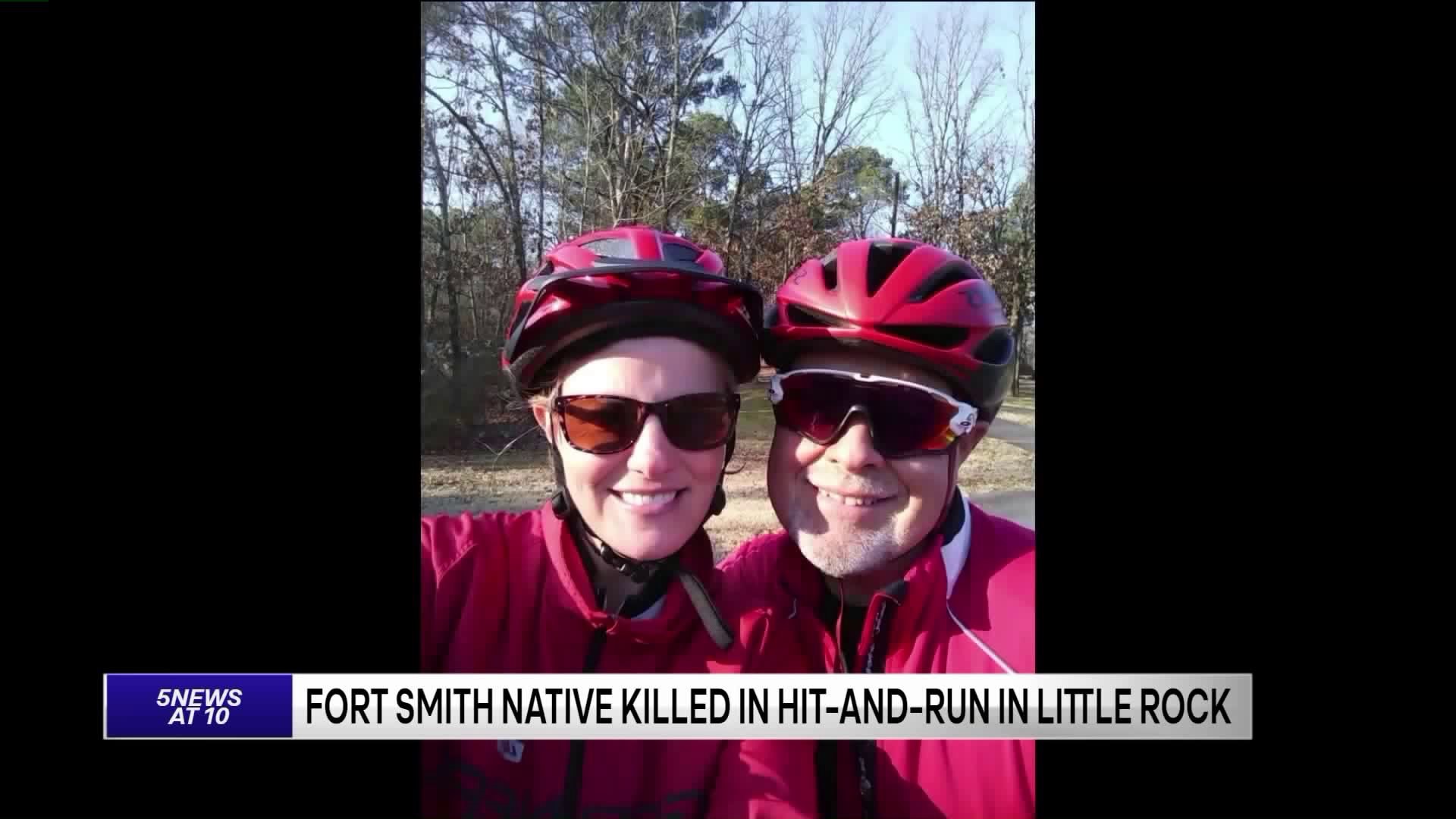 SHERWOOD, Ark. (KFSM) — A man who just recently moved from Fort Smith to Little Rock was killed after being hit by a car while riding his bicycle.

The driver who hit him is still on the loose and there is no suspect or vehicle description to help find the person responsible.

Our sister station out of Little Rock spoke exclusively with John's wife who is still trying to piece together what happened.

"I just encourage whoever did this to come forward," Mundell said. "I still have a lot of questions of how this could have happened, my husband died today."

According to Sherwood Police, the accident happened on Hwy. 107 southbound around Millers Point Drive in Sherwood.

"How does it happen on a five-lane road in broad daylight and how are there no witnesses, no street cameras that had any evidence of what happened," said John's friend Russell Gibson.

According to Strava Graph Data, John was drug by the car for about half a mile with speeds reaching up to 40 miles per hour. John underwent multiple surgeries but ultimately died from his injuries.

"How does another human being cause such a tragic accident and then simply leave somebody on the side of the road," Gibson said. "I’m a motorist you’re a motorist and the message is the only thing between you and cyclist or a runner or a motorcyclist is your own good judgment and patience."

John and Kimberly recently got married and moved from Fort Smith to Little Rock in May.

Police are still looking for the person responsible but there are no leads at this time. There were no cameras in the area, another car saw Mundell on the road and called 911.

There will be a memorial service on Saturday (July 27) in Fort Smith. Fellow cyclist and John's friends say a memorial ride will be set up in his memory within the coming days.

A GoFundMe has been set up for the family.

If you have any information about the accident, you're asked to contact Sherwood Police.