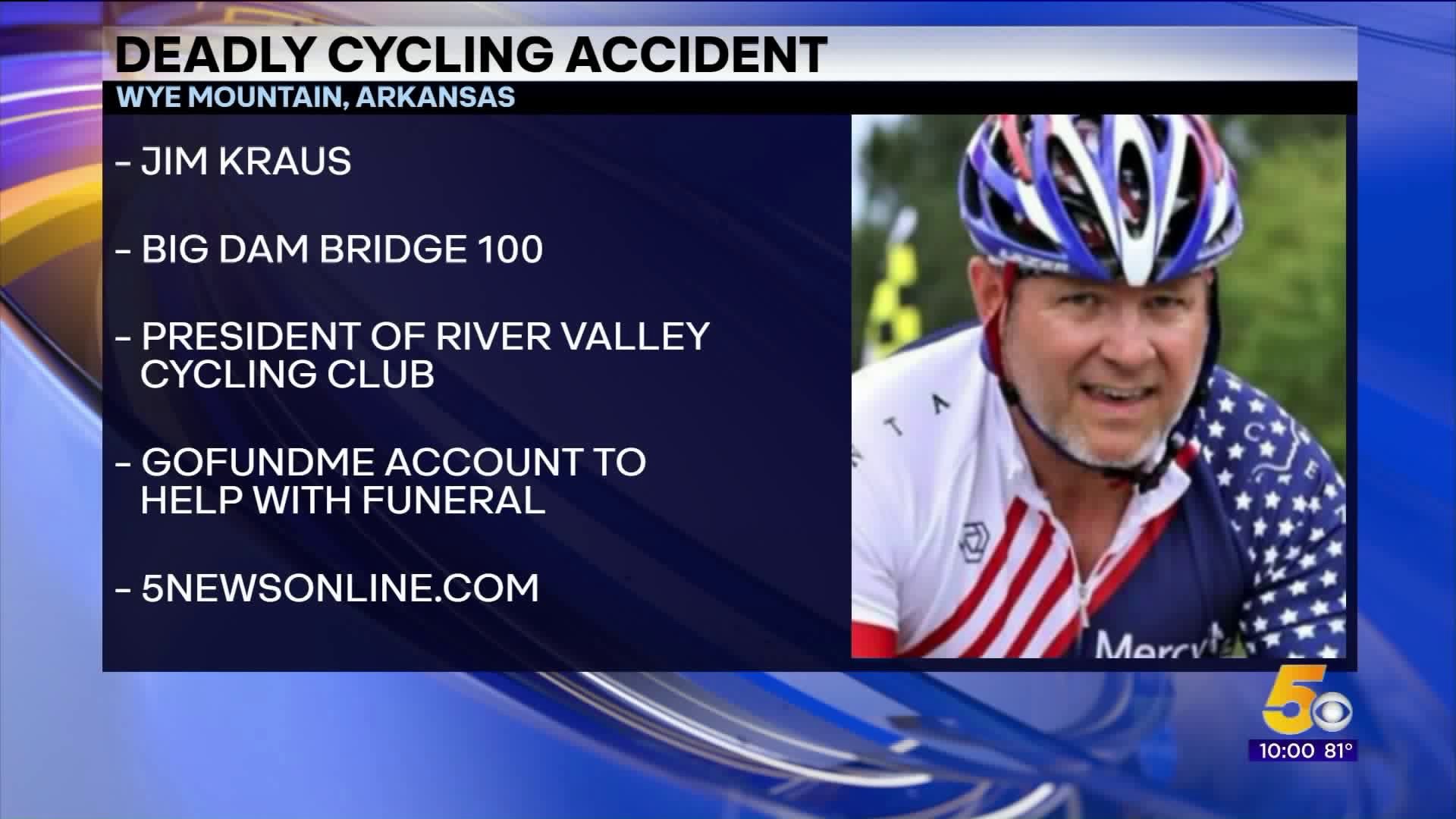 According to Arkansas State Police, there were reports of hearing a noise coming from Krause's back bicycle wheel. The accident happened around 11 a.m. on Highway 300 near Wye Mountain. Jim Krause was the president and leader of the River Valley Cycling Club, and was in Little Rock, participating in the event.

Eyewitnesses told 5NEWS Krause lost control of his bike causing it to blow out. This caused him to tumble down the side of the mountain that they were coming down from. They say no guardrail was in the area where the accident happened.

Ambulance members reported to Arkansas State Police that Krause fell approximately 30 feet from the roadway he was on.

When the ambulance arrived they called for a coroner. Krause was pronounced dead at the scene.

THV11 spoke with the director of the race, “Our deepest condolences go out to the rider’s family and loved ones, and all those impacted by this tragic event. This is a difficult time for our entire cycling community,” said Fred Phillips, Executive Director of the race.