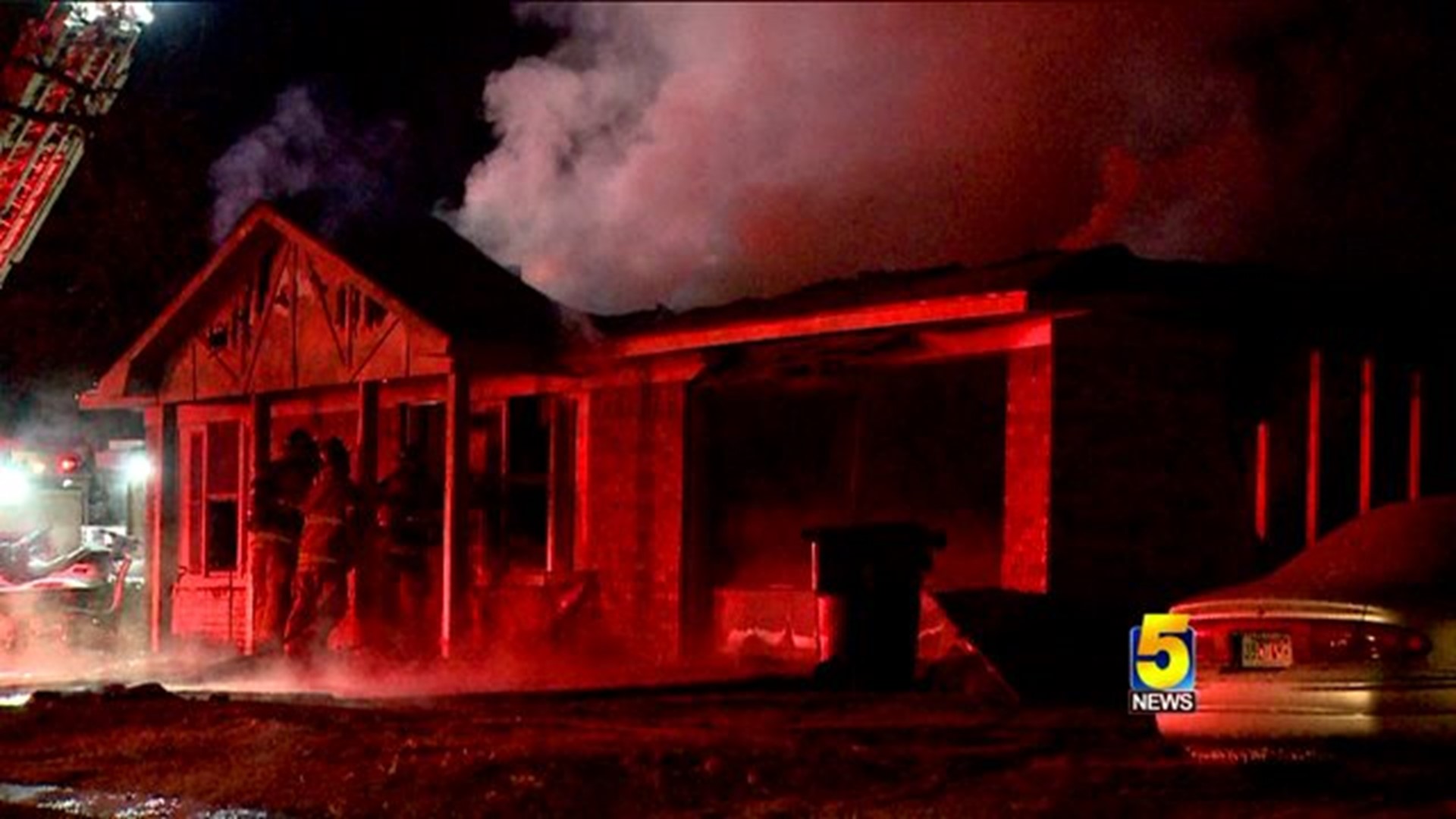 Neighbors called 911 after seeing heavy smoke at 8601 32nd Terrace around 3:30 a.m., according to authorities.

When crews arrived at the house fire, they said they saw heavy smoke coming out of the top of the roof. "The first units arrived and found the house fully involved in the attic area," said Battalion Chief Chris Scherff.

Firefighters fought the flames in defensive mode because the fire was so large they couldn't go inside, authorities said. Neighbors told fire crews the family who lived inside the home was not inside when the fire sparked.

According to the Fire Marshal, two heating sources were in the garage. "One of them would be the dryer which was left on when the homeowner left at 9:00 at night," said Fire Marshal Tommy Bishop. The other heat source was a light fixture. "A multi bulb light fixture was in there," according to Bishop. "We are still investigating and checking out other possible sources."

Battalion Chief Skip Mathews talked with the homeowner after the fire was under control. Mathews said the homeowner was out of town in Spiro, Okla., and has no idea how the fire could have started. "He said the house was working like normal operations and had his heat and air going," said Mathews.