FORT SMITH, Ark. (KFSM) — Several days of flash flooding in the River Valley caused unexpected damage throughout the area. When Carl Norris woke up it was to se... 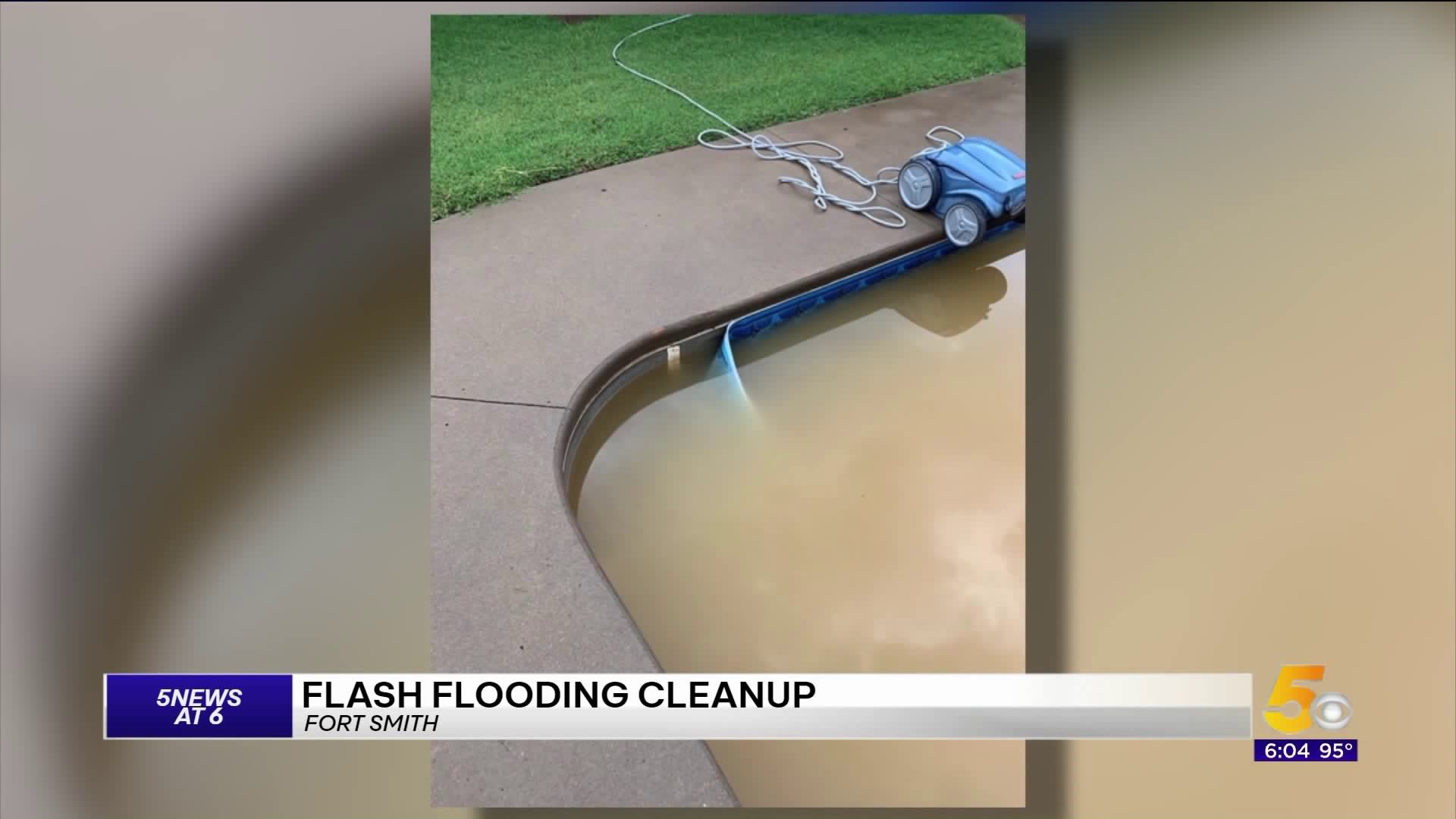 When Carl Norris woke up it was to see chaos in his backyard he saw mud along with floodwaters rushed into his back yard and pool.

“I got up Friday morning and my pool was a muddy mess. My flower beds were all washed out. It was obvious that water had come underneath the privacy fence with a lot of force," Norris said.

Norris says the force of the water was so strong that rocks and mulch got washed out onto the street.

“I’ve not had a flash flood issues here and from what I can tell about five to six inches of rain fell on Thursday night and then again on Saturday, Norris said. "Because the damage and everything was consistent with both nights and in four years of being here that has not ever happened before."

Norris believes the drainage ditch along the bike trail of his Chaffee Crossing neighborhood became overwhelmed as flash floodwaters rushed in.

“When you get four inches in a day or an inch per hour it overwhelms any drainage system regardless of where you’re located," Carl Geffken, City Administrator said.

Norris says he believes the damage done will likely cost less than $1,000.

Geffken says they are working on projects to improve the drainage issues throughout the city.