FORT SMITH, Ark. (KFSM) — As Fort Smith residents and neighbors work to recover from the recent record-setting flood, Mayor George B. McGill has announced that ... 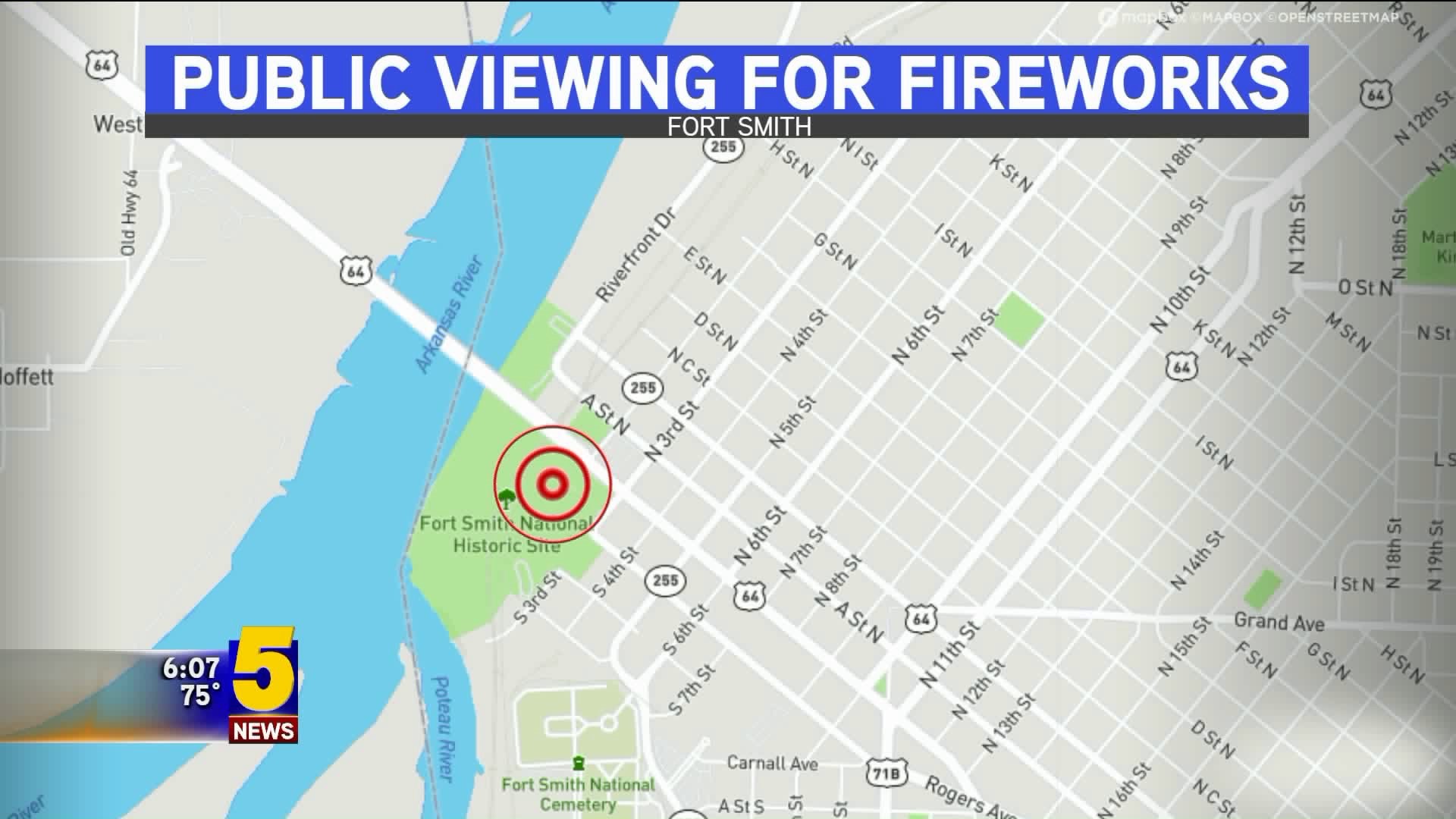 FORT SMITH, Ark. (KFSM) — As Fort Smith residents and neighbors work to recover from the recent record-setting flood, Mayor George B. McGill has announced that the party will go on for the region's largest Independence Day fireworks celebration.

The annual Mayor's July 4th Celebration typically takes place at Fort Smith's Harry E. Kelley River Park. Due to needed cleanup and repair of the flood-damaged riverfront park, the party has been moved to the Fort Smith National Historic Site.

"We’re excited to announce that we will be partnering this year with our friends at the Fort Smith National Historic Site to serve as the location for this year’s celebration,” said McGill. “This year, we will locate our stage on South Third Street between Garrison Avenue and Rogers Avenue. The public viewing of entertainment and fireworks will take place on the grounds of Ross Pendergraft Park and the Fort Smith National Historic Site."

Nothing about the event will change other than the location. There will be a free shuttle along Garrison and Rogers starting at 6 p.m.

The River Valley Food Truck Association will provide concessions in the parking lots between Bricktown Brewery and Pendergraft Park.

Entertainment will begin at 6:45 p.m. with the River Valley Community Band, followed by Mr. Cabbage Head and the Screaming Radishes and a headline performance by Larry B and the Cradle Rockers.

Fireworks will be launched from the usual location along the Arkansas River at 9:30 p.m.

The Park at West End and the Riverfront Skate & Bike Park will also be open for the evening celebration.

"After all we’ve been through together, we owe ourselves a big celebration this year,” said McGill. “We will celebrate our Nation’s birth and the strength and resilience of Fort Smith and the Arkansas River Valley."