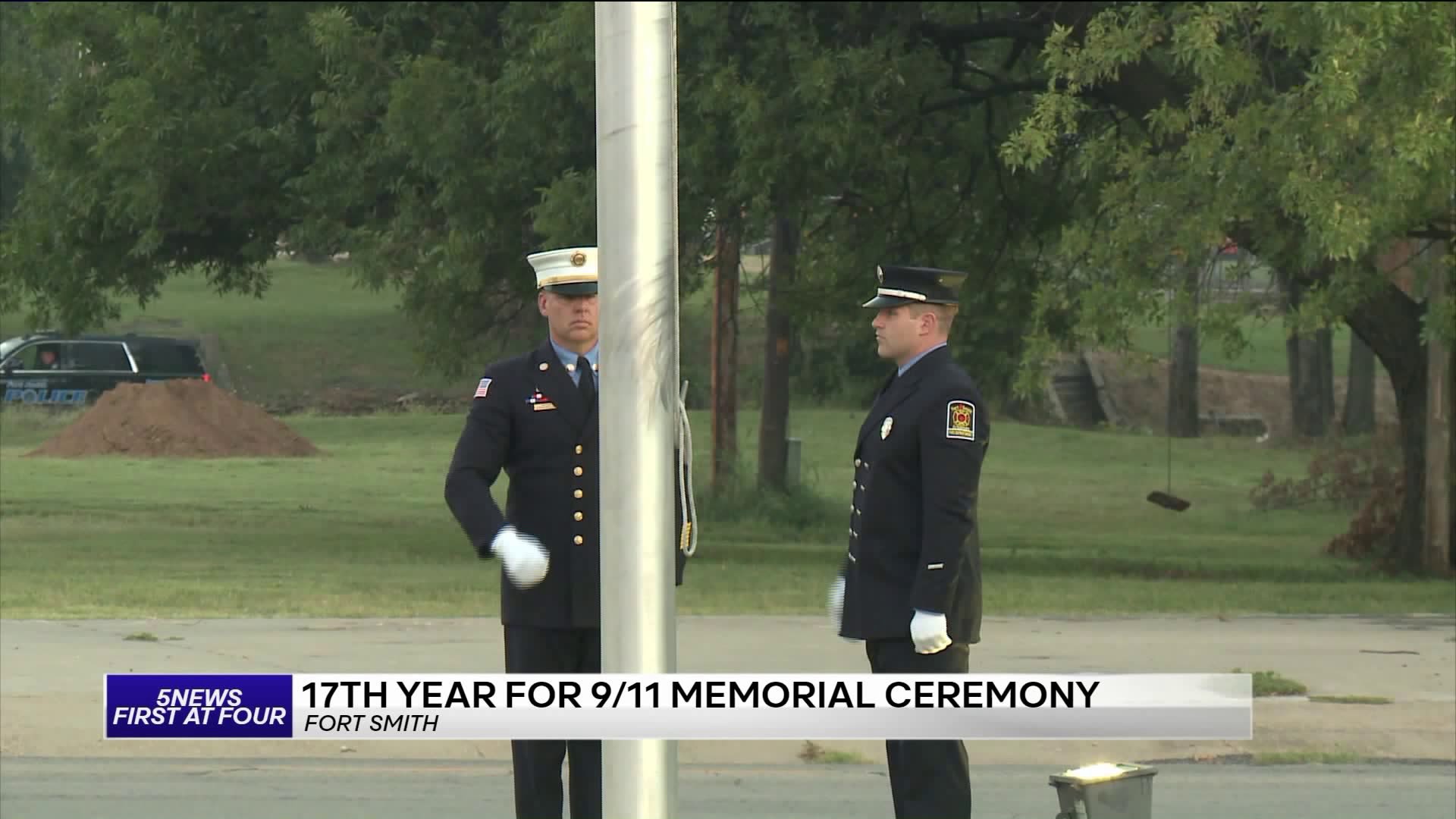 The memorial service started 17 years ago on the first anniversary of the 9/11 terrorist attacks.

"For us, it sounds kind of strange but we wish we could’ve been there to help," said Fort Smith Fire Captain Ethan Millard.

Millard says when tragedy struck in 2001, firefighters everywhere felt like they had lost one of their own.

"We have not forgotten and that we are still remembering those who died that day," Millard said.

Millard says the memorial service honoring the victims and families of the 9/11 attacks will continue each year as they pass it on to the next generation.

It rang at 9:46 a.m. to represent when American Airlines Flight 11 hit the North Tower of the World Trade Center.

The bell rang again at 10:38 a.m., the time when American Airlines Flight 77 hit the Pentagon.

It rang at 10:59 a.m., when the South Tower collapsed, and at 11:03 a.m. for United Flight 93, which crashed in a field in Pennsylvania after those on the plane attempted to overtake the hijackers and prevented another building hit.

Finally, the bell rang at 11:28 a.m., when the North Tower of the World Trade Center collapsed.

Samuel Schliff was in the fourth grade when the Twin Towers fell.

"I didn’t really know what was going on or how to take it until I was older," Schliff said.

Schliff says he joined the military and is now a fireman because of the events of 9/11.

"My call or duty I guess you’d say," Schliff said.

A member of the Honor Guard rang the fire bell today, each time represented a plane crash during the attack.

"It’s our way of living up to the motto never forget," Millard said. "The Fort Smith Fire Department like many departments have a lot of respect for the men and women who died that day and this is our way of showing that respect."