FORT SMITH, Ark. (KFSM) – The Fort Smith School District is sending out letters asking parents who have kids enrolled in elementary schools to verify their addr... 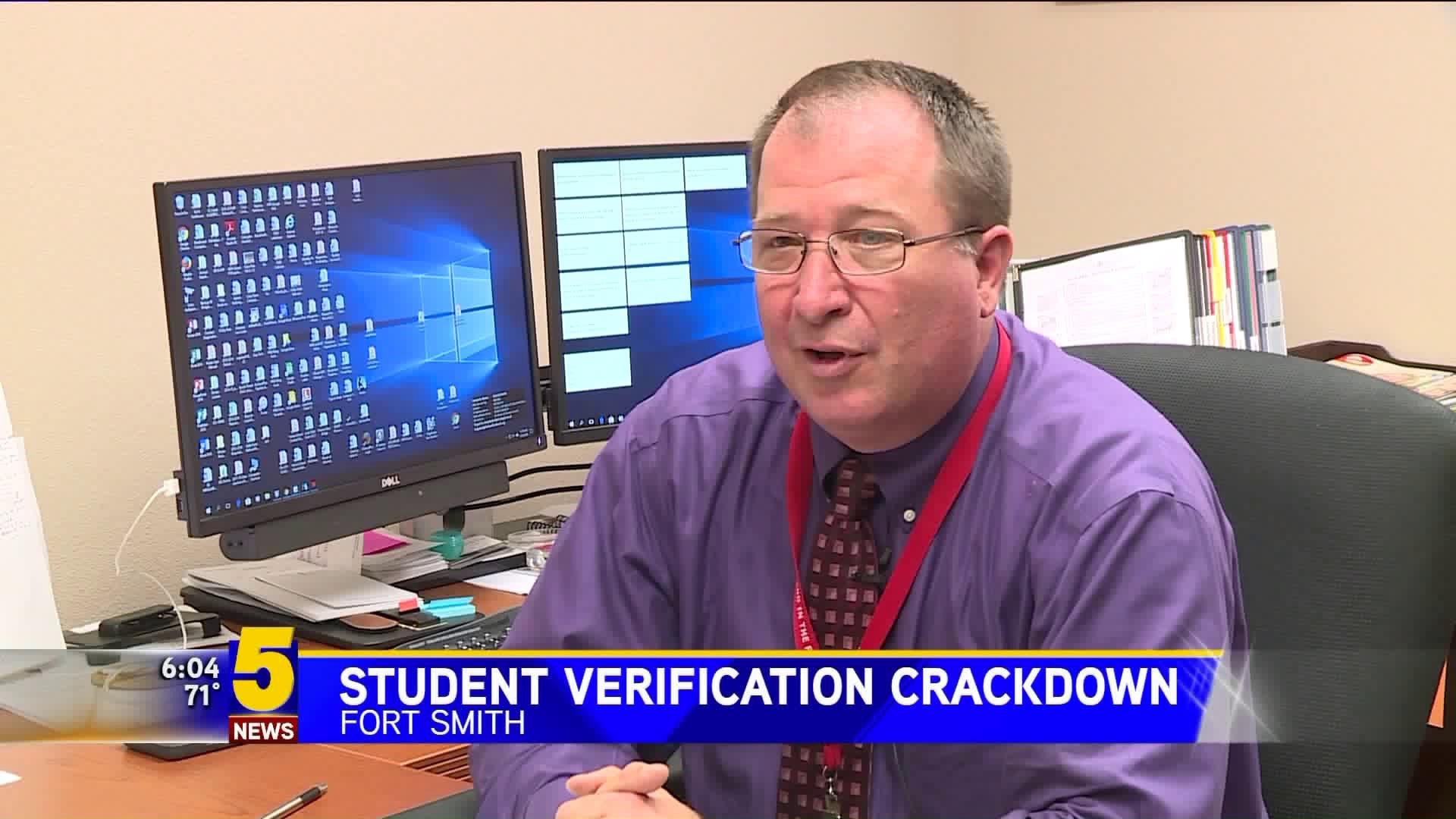 FORT SMITH, Ark. (KFSM) – The Fort Smith School District is sending out letters asking parents who have kids enrolled in elementary schools to verify their address. They are doing this to make sure students are going to their neighborhood schools.

"Children should be able to go to school in the district that they live in,” Mary Willis said.

Mary Willis was one of the many people who received a letter in the mail. She has three grandsons attending Sunnymede Elementary. She thinks having parents confirm their addresses is a good thing.

“To not have to be on a waiting list or maybe even bused to a different school. I think it`s probably getting a little overcrowded with a lot of people with too many people in one household and they are just using that address,” Willis said.

“Every year we have some kids who get class sized from their home school to another school. It`s hard to say which schools are overcrowded because everybody is pretty close to being full, but what we are trying to do is reduce the number of students who get moved from one school to another and have to be bused,” Layes said.

Layes told 5NEWS this will give the students who live in their district first chance.

“Changes of address happen for a lot of different reasons, sometimes people move during the school year, and they forget to tell us. So, we are just trying to establish what home school everybody belongs to so that we can start out clean at the beginning of the year with everyone in their appropriate school,” he said.

The district said once they receive the address confirmations, they will re-enroll students at the correct elementary school this fall. If students want to go somewhere else, it will be based on availability.