FORT SMITH, Ark. (KFSM) — A Fort Smith business owner and his girlfriend suffered severe injuries after being involved in a head-on motorcycle crash near Rapid ... 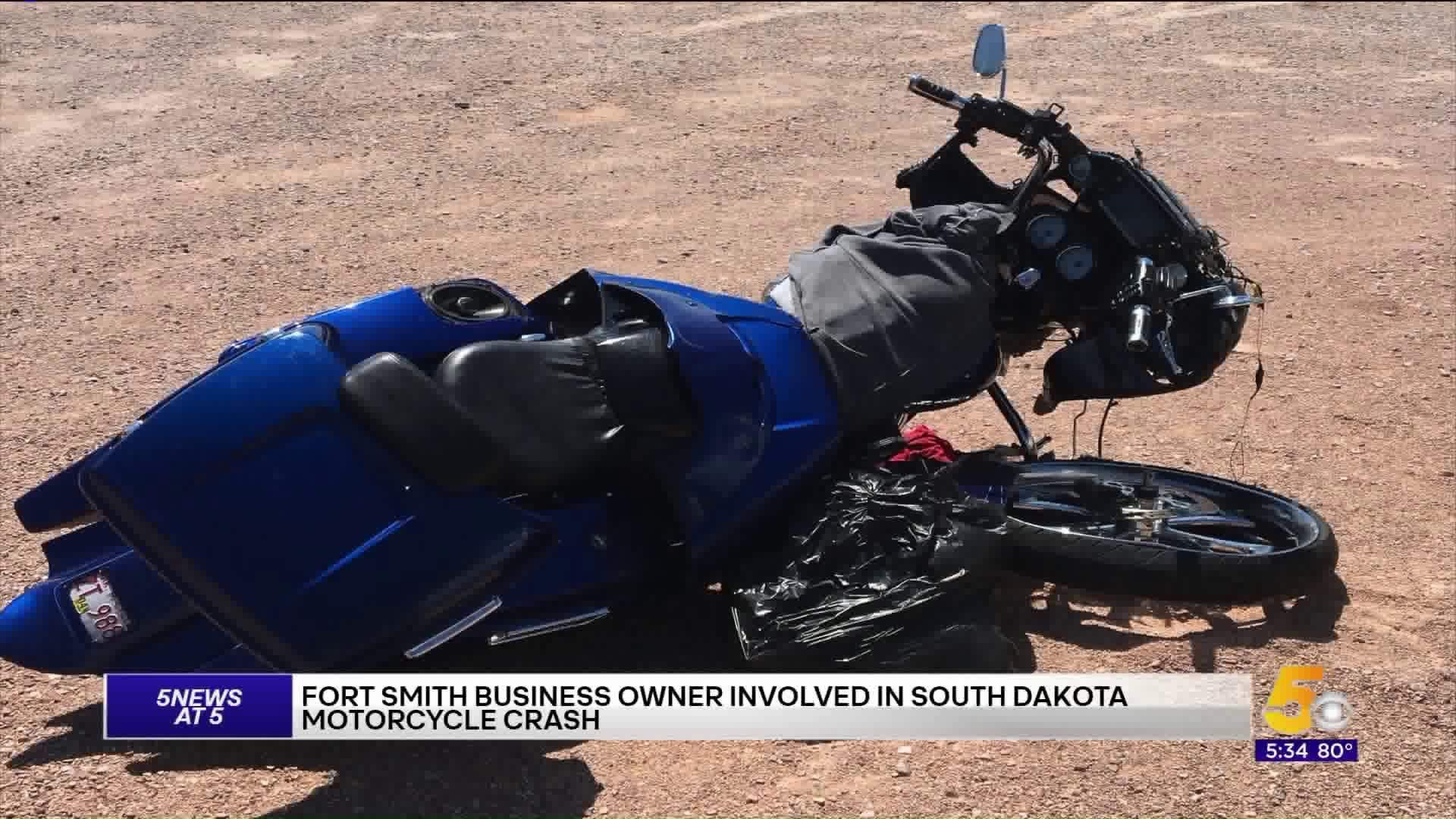 FORT SMITH, Ark. (KFSM) — A Fort Smith business owner and his girlfriend suffered severe injuries after being involved in a head-on motorcycle crash near Rapid City, South Dakota Friday (Aug. 9) morning. The pair were attending a motorcycle rally nearby.

Rob Holmes,44, and Jamie Schuster,34, were traveling south on Norris Peak Road on a motorcycle. A man on his bike riding north failed to take a curve and slid across the center line striking the couple head-on, KSFY out of South Dakota reports.

Schuster and Holmes were taken by ambulance to a hospital.

Holmes broke several bones on the left side of his body and has had to have multiple surgeries due to his injuries.  A family member of Holmes told 5NEWS it could be several days before he can be moved from the hospital he's in. It will be six to eight weeks before Holmes can walk on his own.

Shuster suffered a concussion along with several scrapes and bruises.

The Sturgis motorcycle rally is happening in the area with thousands of riders in attendance. Friends of Holmes told 5NEWS he has attended the rally for the last four years. They say Holmes has loved motorcycles for as long as they can remember, and he even has a picture of his bike hanging in his shop.

Holmes is the owner of Doctor Underhood Automotive on Towson Ave in Fort Smith.

Friends and family expect the couple to be back in the Fort Smith area sometime next week.