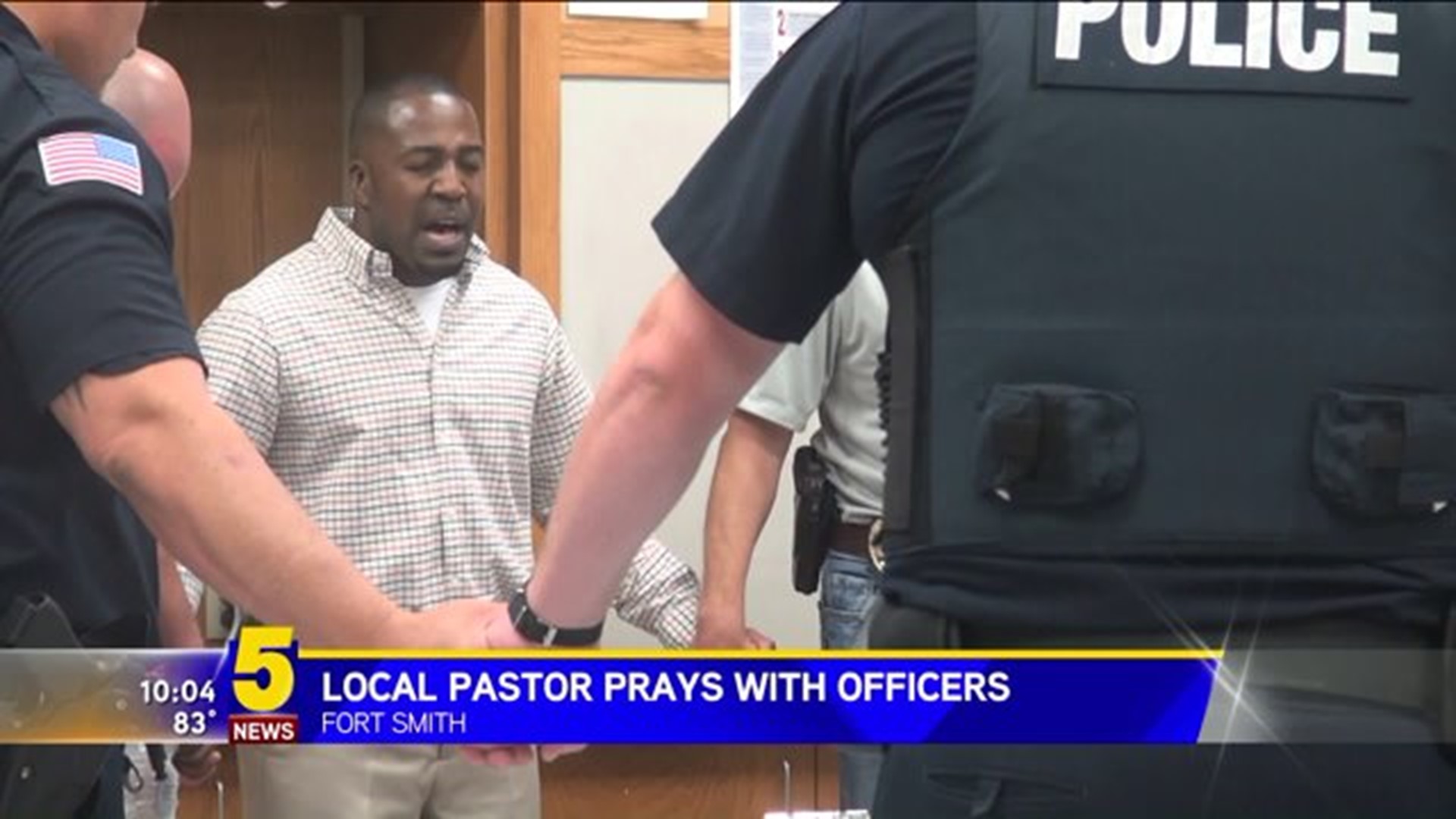 "I knew there was something I needed to do personally, so I decided to go down there and I wanted to pray with them to encourage them and I wanted to also bring them together, so that me along with them could pray for the families of the police officers in Dallas," Devrow said.

After he prayed, many officers said prayers of their own.

"I know that they have to be discouraged and that their hearts must be heavy to know that that could've very well happened right here in our city," Devrow said.

A picture of Pastor Devrow praying with an earlier shift of officers spread quickly on social media and even reached the family of one of the wounded officers in Dallas.

"One of the family members contacted me on Facebook and asked me if I would be willing to pray with one of the police officers that was shot," Devrow said. "I've contacted them and we're going to get together and pray over the phone."

Devrow said he is thankful for the connection.

"[I am] absolutely honored to think that God could use a picture like that on Facebook and connect someone like me here in Fort Smith to them there in Dallas," Devrow said.

And he said he wants to show appreciation to officers everywhere.

"All of this can leave a sour taste in the mouth of citizens to where they think police officers are bad, and that's just not true," Devrow said. "I would hate to imagine what this world would look like if we did not have law enforcement, so we want them to know we appreciate them."