FORT SMITH, Ark. (KFSM) — For the past several months the Fort Smith Catholic Schools have been trying to develop a strategic growth plan. The schools have been... 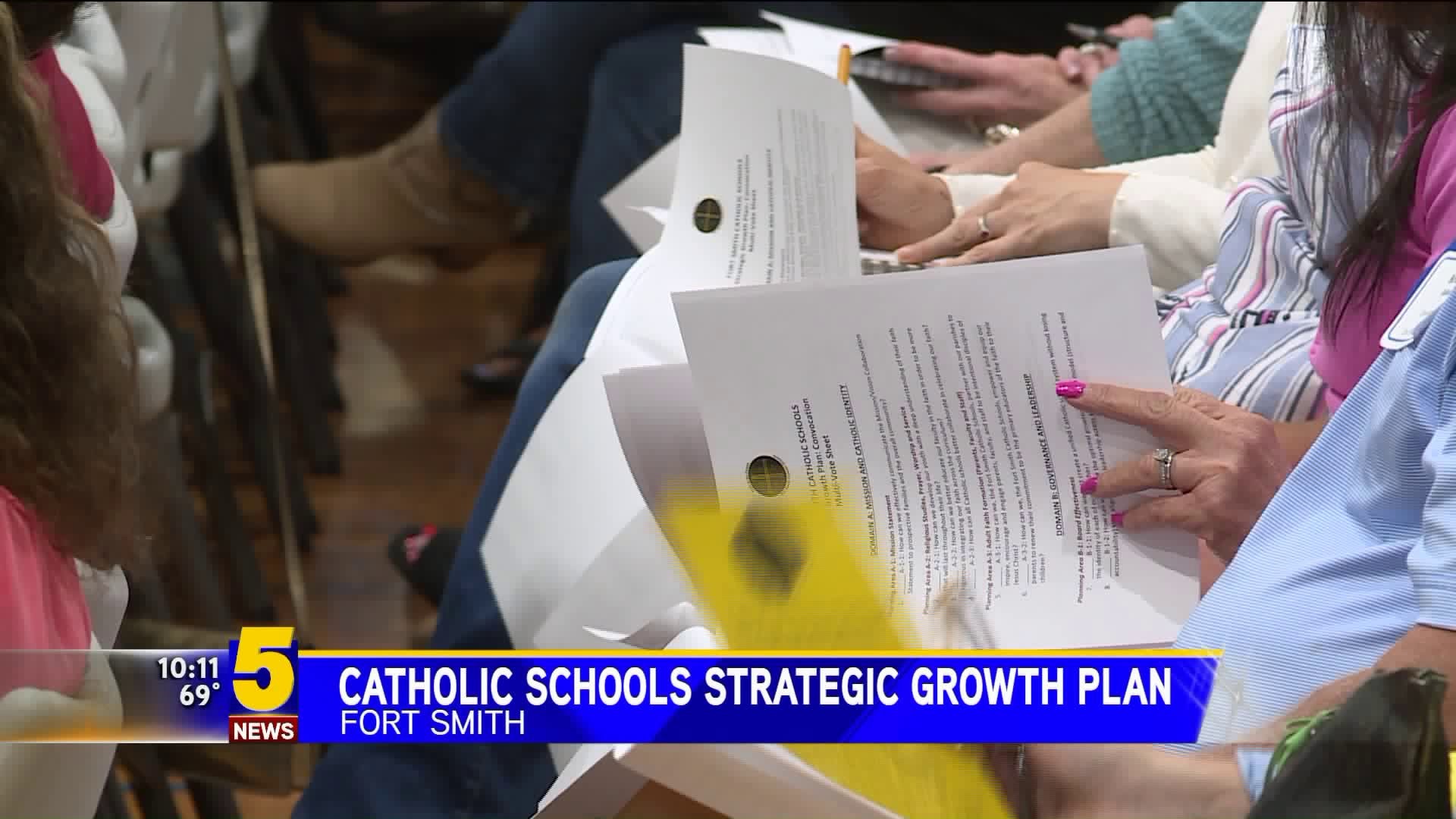 FORT SMITH, Ark. (KFSM) — For the past several months the Fort Smith Catholic Schools have been trying to develop a strategic growth plan.

The schools have been facing an uphill battle, challenges such as financial dependence on church parishes and tuition, falling enrollment numbers and competition from public schools.

"When they (Fort Smith Public Schools) decided to change their dynamic that got all of the Catholic school together thinking, are we going to have to change with that?" said St. Boniface Principal Rebecca Kaelin.

Monday (June 3) night's convocation allowed families and individuals to give feedback with the goal to narrow down a list of priorities from 21 to 11 for the strategic plan that has yet to be finalized.

"Parents do like the parish idea. They really don`t want to see that changing but at the same time we want to see the Catholic community growing," Kaelin said.

One idea that has been floated around is consolidating the four Catholic schools in Fort Smith under one roof. School officials say right now that's just a rumor.

"We want to see what this ISPD tells us in their final report and see where we go from there. That can be an option but that doesn`t mean that`s going to happen. There are so many options where to go," said Pastor Juan Guido with Christ the King.

No matter what comes from the meeting, officials say the mission remains the same.

"We want to build the Catholic faith and we want it to grow and so we want that dynamic unity among our Catholic schools and we also want to make sure we`re meeting the needs of our parish," Kaelin said.

No decisions were made at Monday's meeting.

Church and school leaders will take those ideas from the community and help them come up with a final strategic plan that will be presented to the Catholic School's superintendent first and then the bishop in Little Rock.

Catholic Schools officials hope to have something finalized by the fall of 2019.