Fort Smith Business Reopens After Being Submerged In Flood Water 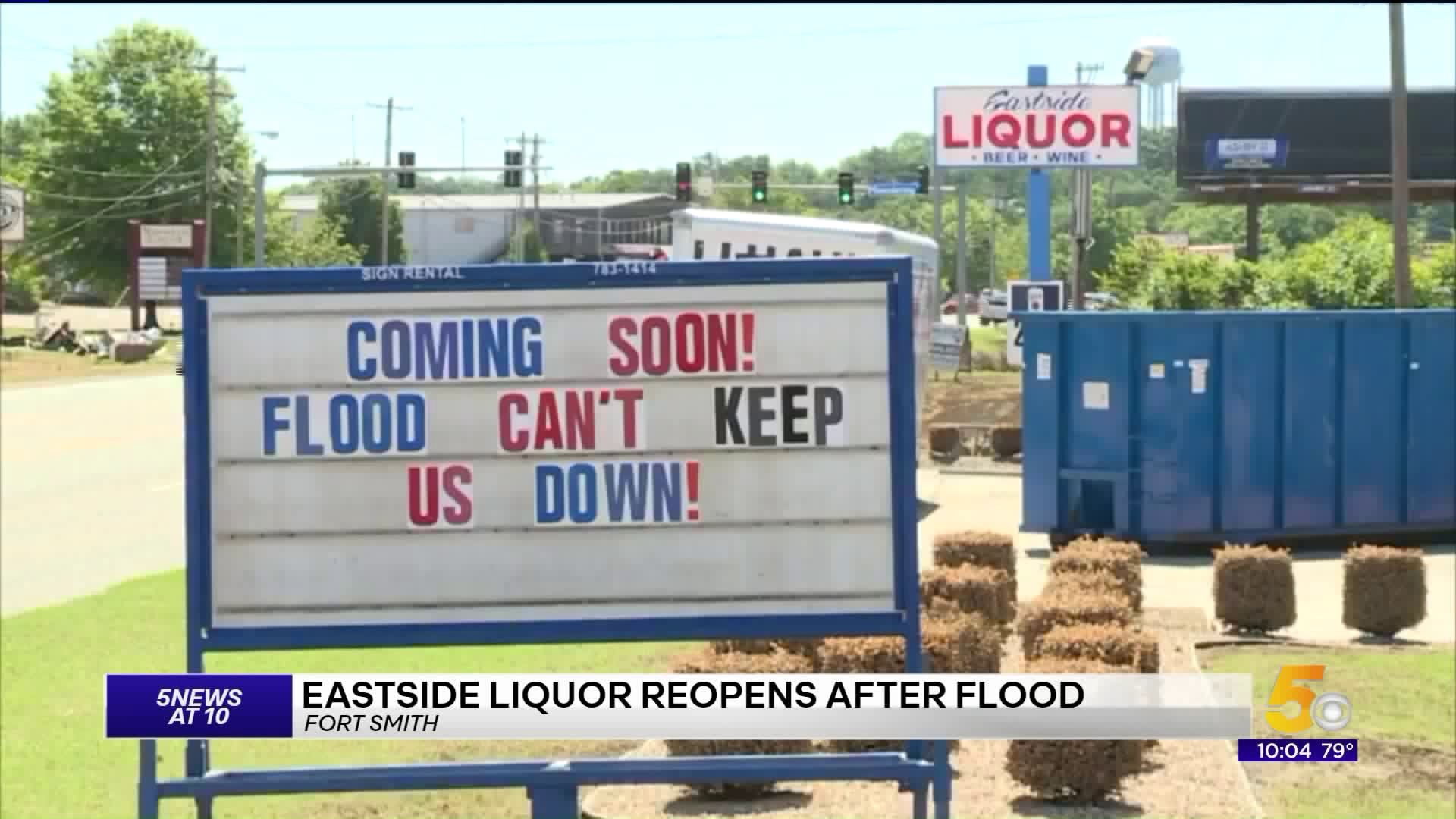 Just a few months ago, Eastside Liquor was nearly completely covered with flood water, today it is back open for business and the customers have been rolling in once again.

"They changed the forecast to 41 feet which all bets were off then," store owner/manager David Bushkuhl said.

When floodwaters started to reach record levels, Bushkuhl knew the store was in trouble.

"It’s not like a tornado that just happens it’s just something you know is happening every minute," Bushkuhl said. "The rising water is just like a silent killer almost."

The floodwaters almost completely covered the entire store and the shop had to be closed from May 23 until yesterday, July 23.

Workers say all but about 10% of the products inside had to be dumped, some top-shelf bottles worth over $200 a piece.

"It sucked because you know how much those bottles are worth and just the value they just got dumped in general and just knowing that it was heartbreaking it really was," one worker said.

Eastside Liquor is back open for business with an updated look on the inside. Bushkuhl says the community has been patient and supportive through what he says turned out to be a long cleanup process.

"When they walk in they say 'we sure missed you' and my response is not half as much as I missed you," Bushkuhl said.

While Bushkuhl says his goal was to be open by the Fourth of July, he is just thankful to be serving the community once again. He says they are now looking into adding even taller flood doors in the future.