FORT SMITH, Ark. (AP) — The letters “KKK” that were welded on an Arkansas building have been replaced with U.S. Marshals stars after one of the owners called it... 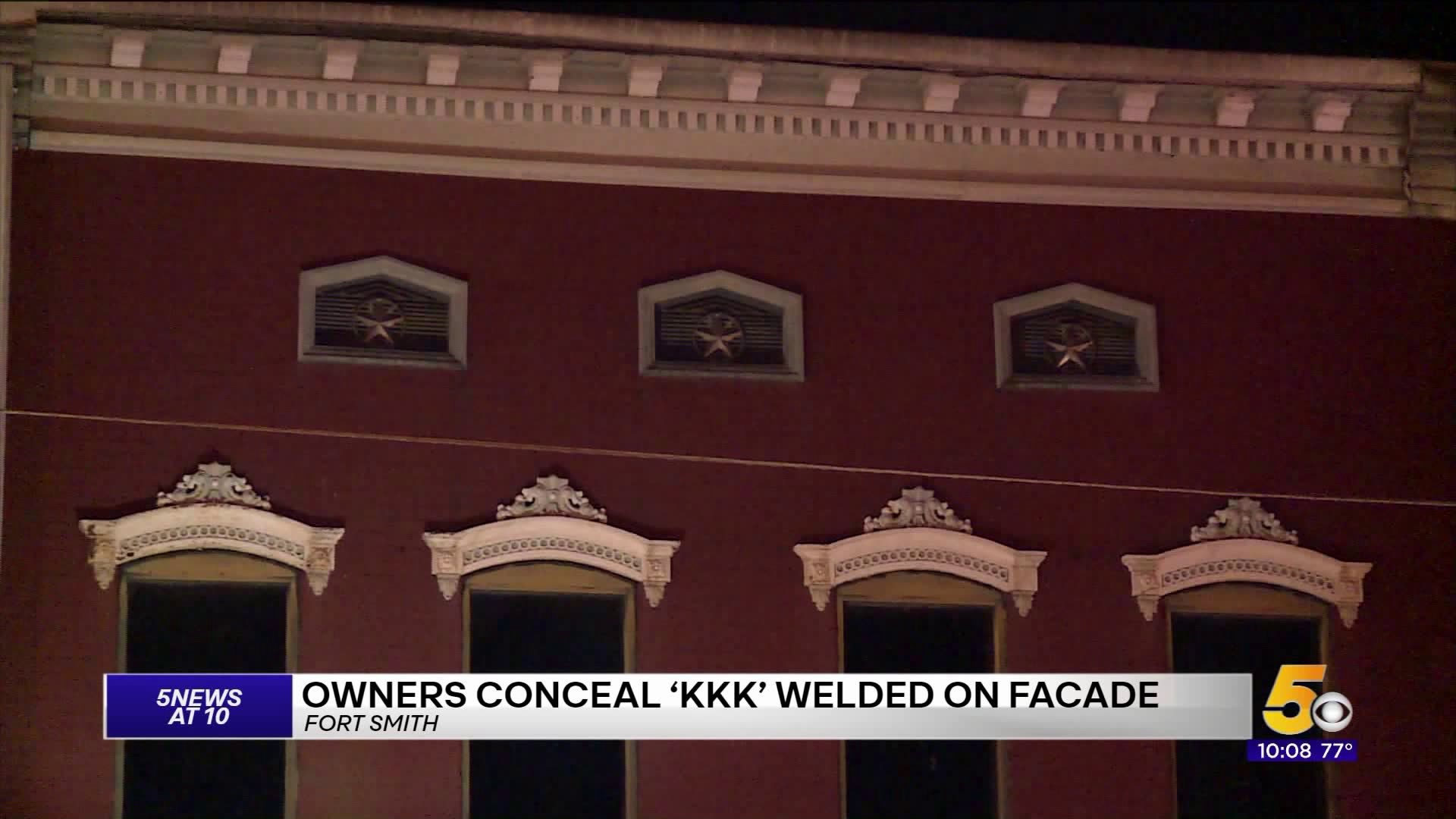 FORT SMITH, Ark. (AP) — The letters “KKK” that were welded on an Arkansas building have been replaced with U.S. Marshals stars after one of the owners called it “offensive” insignia that’s commonly associated with “a shameful organization.”

The concealment comes after the Southwest Times Record reached out to Fort Smith Mayor George McGill earlier this year to ask about the “KKK” — letters denoting the white supremacist group the Ku Klux Klan.

McGill then reached out to the building owners Richard Griffin and Benny Westphal, who agreed to cover them, the newspaper reported. McGill is the city’s first black mayor who took office in January.

“Those letters are offensive to several residents in Fort Smith, many of whom are good friends of ours. I’ve never walked in their shoes, but I certainly wouldn’t want to send the wrong message to anyone,” said Griffin, adding that he believes the KKK is “a shameful organization.”

Westphal said he and Griffin agreed to use Marshals stars to cover the letters because the city served as the agency’s regional headquarters. They said they felt inclined to take the letters down because of their common association with the hate group.

Griffin said he’s not aware of any evidence linking his building to the KKK.

But 1920s newspaper articles show the KKK had a presence in downtown Fort Smith and was closely tied to at least one mayoral election in the city.

Charolette Tidwell said she first noticed the letters in the 1960s and that obscuring them was important for inclusion.

“The community needs to understand the value of diversity and the value of how we promote diversity,” she said. “Whether they’re in our history or in our common practice, we remove the insult to people.”