FORT SMITH (KFSM) — A Fort Smith bartender started a petition proposing to make certification a legal requirement for bartenders. Jenny Anderson, who has ... 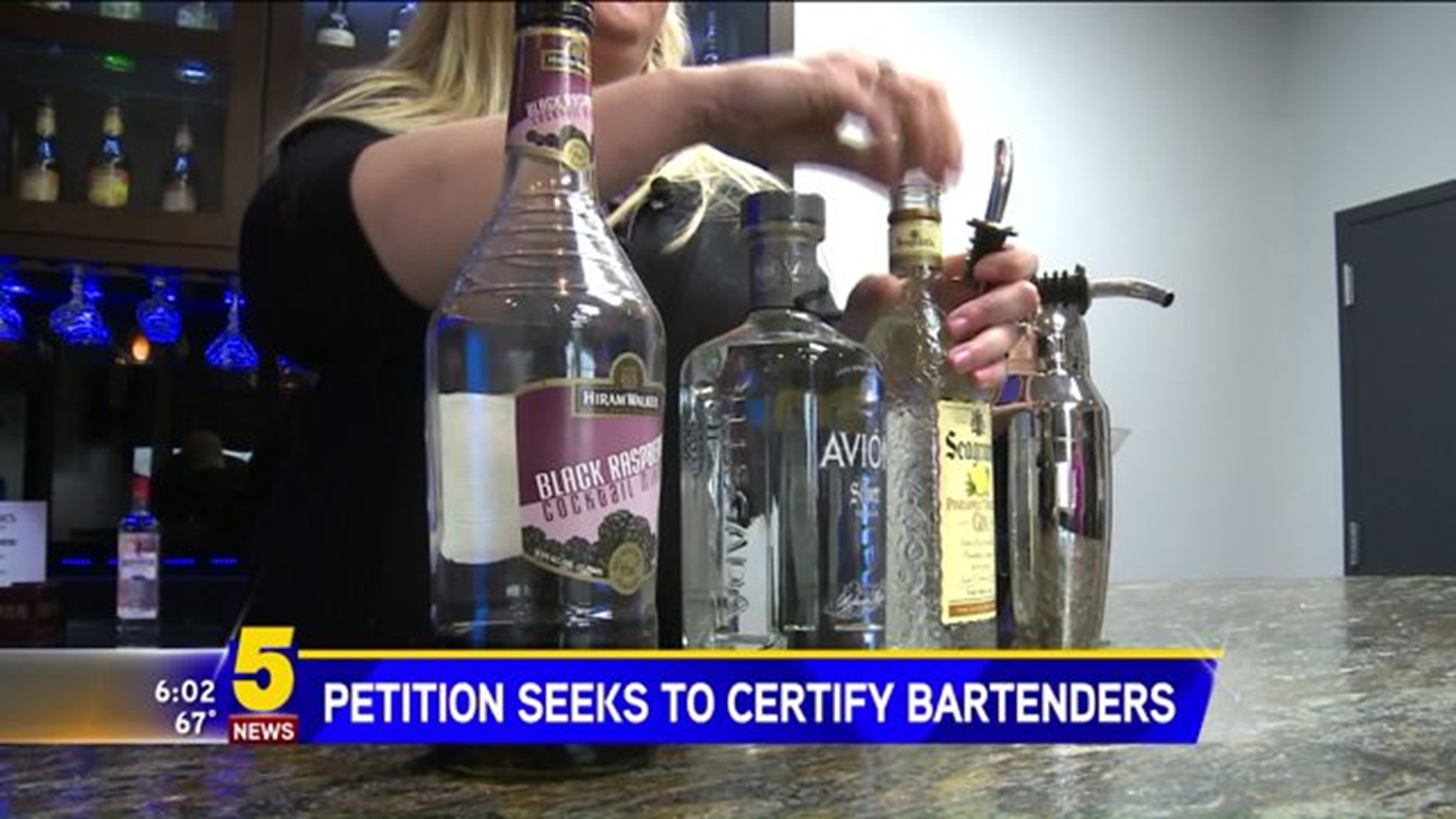 Jenny Anderson, who has been serving drinks for nearly 20 years, is working with city director Mike Lorenz and State Senator Jake Files to get the idea through the legislature.

“It's a controlled substance that we are serving to the public,” said Anderson. “When we think about the time that our salon workers or cosmetologists spend in the name of safety, that there really is no argument for the need for this law.”

Anderson said she would like to see real class time that goes beyond checking an ID or mixing a drink. She said she believes bartenders also need to understand how to handle situations that can and eventually will happen.

“A lot of young bartenders just look at the glamorous aspect of the job,” she said. “They don't really realize how quickly a person crosses the line from being okay to being drunk.”

Marcie Comstock, who went through 1,500 hours of training to be a hairstylist, said she agrees bartenders should be required to have some form of training.

“If someone is over the limit to drive, then if you have training, you're going to be able to better to handle that scenario,” said Comstock.

Anderson added, “As of right now, there is nothing required in Arkansas.”

However, she said she's hoping to change that. So far more than 140 people have signed her petition: Supporting a Higher Standard of Education for Bartenders.

“What we're hoping by providing these classes and adding this professionalism to our trade is that we can finally be on the same side as law enforcement, which is the side of protecting the community,” Anderson said.

She said she would also like to see bartenders get involved with organizations such as MADD, so they can see how victims are affected.