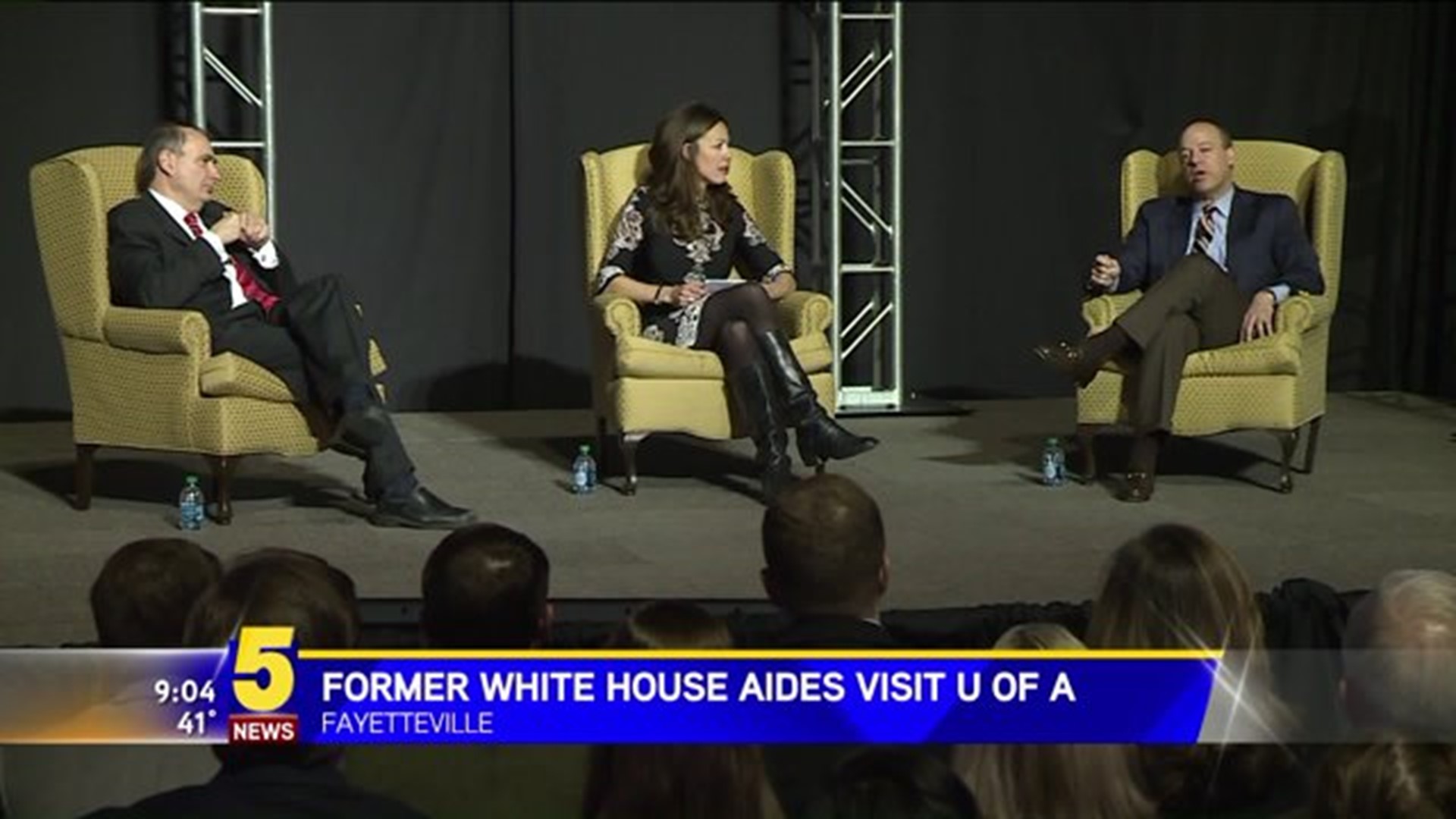 FAYETTEVILLE (KFSM) – Thursday (Feb. 25) night, as a part of the University of Arkansas’ Distinguished Lecture Series, former White House aides Ari Fleisher and David Axelrod spoke to a crowd about their time at The White House.

“What I took from working for George W. Bush is the importance of principal and leadership,” Fleisher said. “That is ultimately what the presidency should be about.”

Fleisher said, although President Bush’s decision to invade Iraq after September 11, 2001 may not have worked out the way they hoped, he still believed President Bush made the decision in hope of preventing future attacks.

“I just found him to be an inspiring leader, and boss,” Fleisher said. “He was somebody you would never want to let down. That gives you a kick in the step when you go into that tough job every day.”

Fleisher and Axelrod exchanged a few playful political jabs during their visit.

At one point, Axelrod shared President Obama’s reaction when he was first briefed on the nation’s economic standing.

“[President Obama said] ‘I guess it is too late to ask for a recount’,” Axelrod said.

Fleisher responded with a reference to the Bush campaign in 2000.

“it is never too late to ask for a recount,” Fleisher said.

Axelrod spent his time speaking about his time serving as Chief Strategist for President Obama.

Axelrod said one of his favorite things about experiencing a presidency first hand, was gaining respect for those on the other side of the aisle who have also held the highest office.

“I have deep disagreements with things President Bush did. But, I have great respect for him as someone who served the country,” Axelrod said.