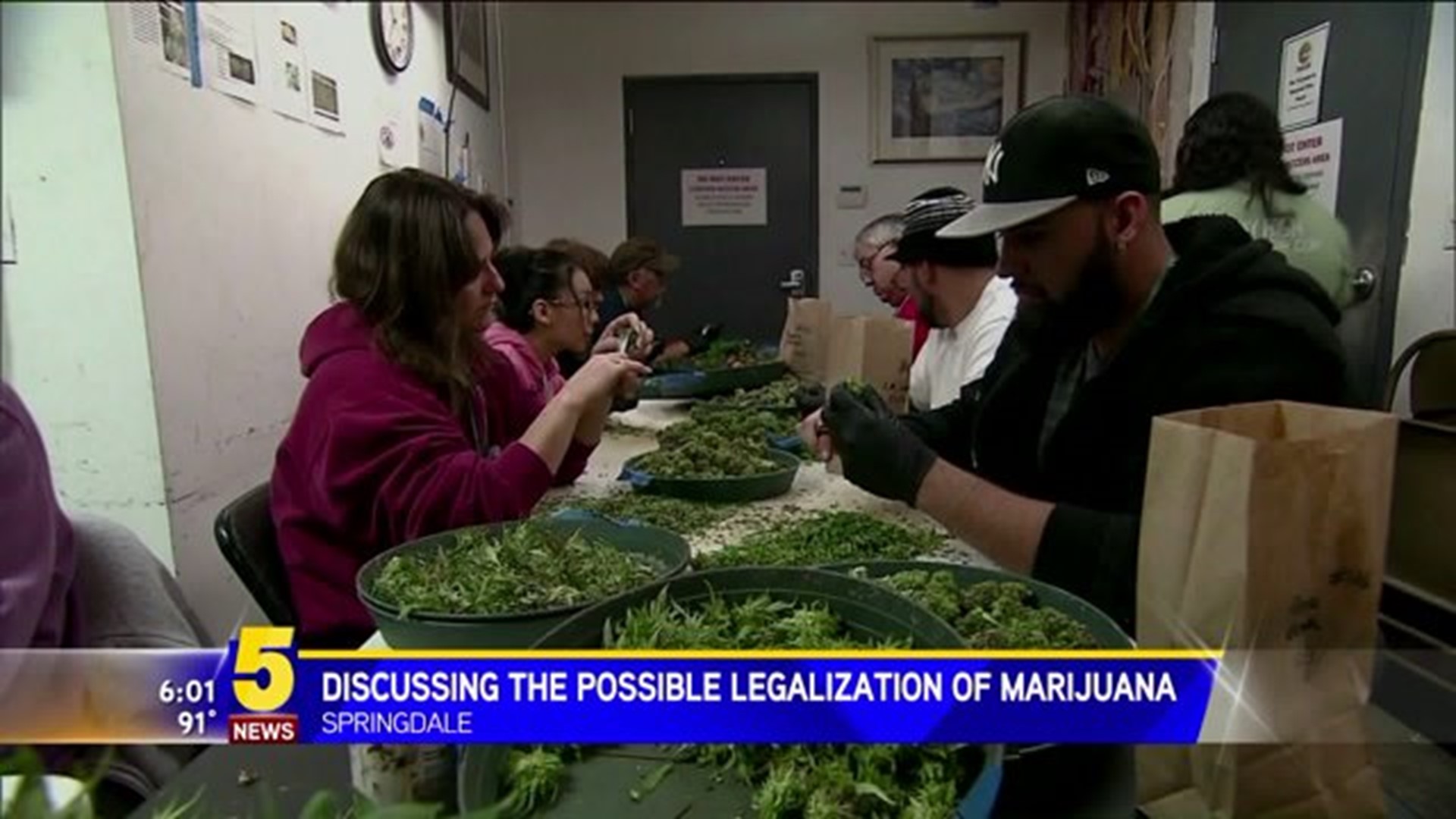 SPRINGDALE (KFSM) -- The group Arkansans Against Legalized Marijuana brought in a former White House expert on drug policy Tuesday (Sept. 20) to discuss why he believes legalizing medical and recreational marijuana is wrong for the state.

Kevin Sabet, a former advisor for President Obama and former presidents Clinton and Bush, spoke to residents about the negative side of legalizing marijuana.

"This [push to legalize medicinal marijuana] is more about kid-friendly items like pot candy, pot gummy bears and advertising of pot, than it is about the sick and dying," Sabet said.

Sabet said Arkansas’ push to legalize medical marijuana is a step in the wrong direction.

"It is being delivered in things like candies, sodas and kid-friendly items," Sabet said.

While studies have shown marijuana cannot cause an overdose like other drugs, Sabet said the drug can still take a life.

"Hundreds and thousands of families have been affected by marijuana, by deaths due to marijuana-related car crashes," Sabet said.

Sabet said Marinol, a drug most often prescribed to cancer patients that contains a synthetic version of THC, which is the principal psychoactive compound of cannabis, is already legally available.

"If you really need some of the effects of THC, you can already get it today through a pharmacy." Sabet said.

"There are 80 other cannabinoids in medical cannabis. These cannabinoids have medical value," Ryan Dunham, deputy director of Arkansans for Compassionate Care, said. "Medical cannibals is a safe and effective medicine. It can help out many Arkansans who suffer from serious debilitating and often times terminal conditions."

Washington County Sheriff Tim Helder attended the event as well and said he is opposed to legalizing marijuana for recreational use.

"I don’t want marijuana legalized in the state or Arkansas, or anywhere else," Helder said.

But he said he is not opposed to legalizing marijuana so people in dire need of its medical benefits can use it.

"I actually stand on the side of compassion with people who are ill. If there is a way to really draft legislation that is very specific, and directed to those people, where there is no loopholes, obviously I am not against that," Helder said.

Arkansans will vote on whether or not the state will legalize medicinal marijuana on Nov. 8.