WALDRON (KFSM) — A former assistant principal in the Waldron School District was given 10 years probation and sentenced to nine months in jail for having ... 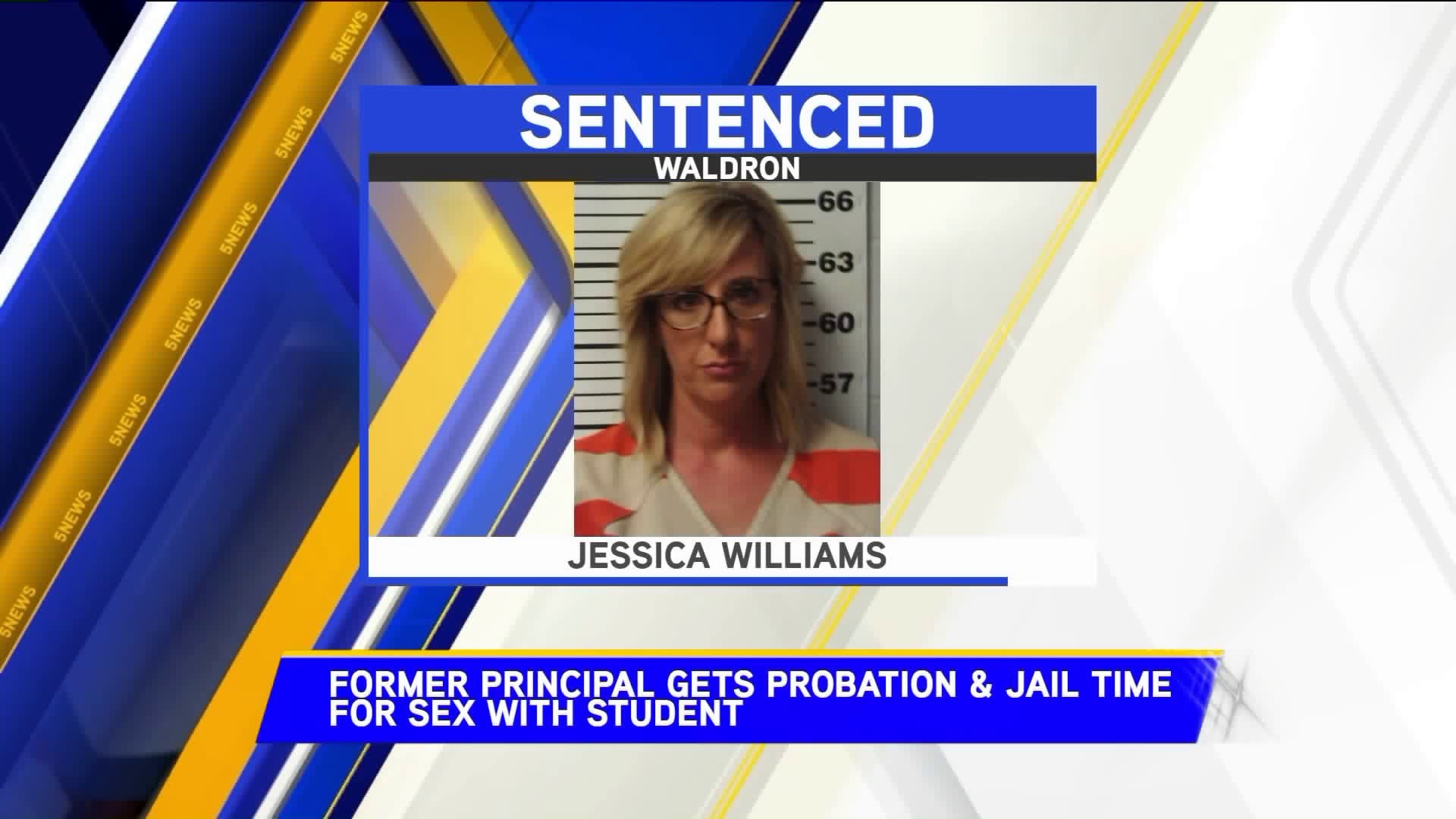 WALDRON (KFSM) -- A former assistant principal in the Waldron School District was given 10 years probation and sentenced to nine months in jail for having sex with a 16-year-old student.

Williams will have to register as a sex offender.

A tip and an anonymous letter sent to the Waldron Public Schools Central Office set off an investigation in August 2018, according to police.

The letter and tip claimed a female Waldron school administrator was having an ongoing sexual relationship with the teenage student.

Investigators and the school resource officer interviewed the male student, who admitted he’d been having a sexual relationship with Williams since early in the summer, police said.

He also said they had exchanged “inappropriate” photos on several occasions.

Investigators later interviewed Williams, who also admitted to having sexual contact with the student on several occasions, police said.

Waldron police arrested Williams again in November 2018 after she violated her conditions of release. Police said she continued to contact the student despite a judge's order not to.