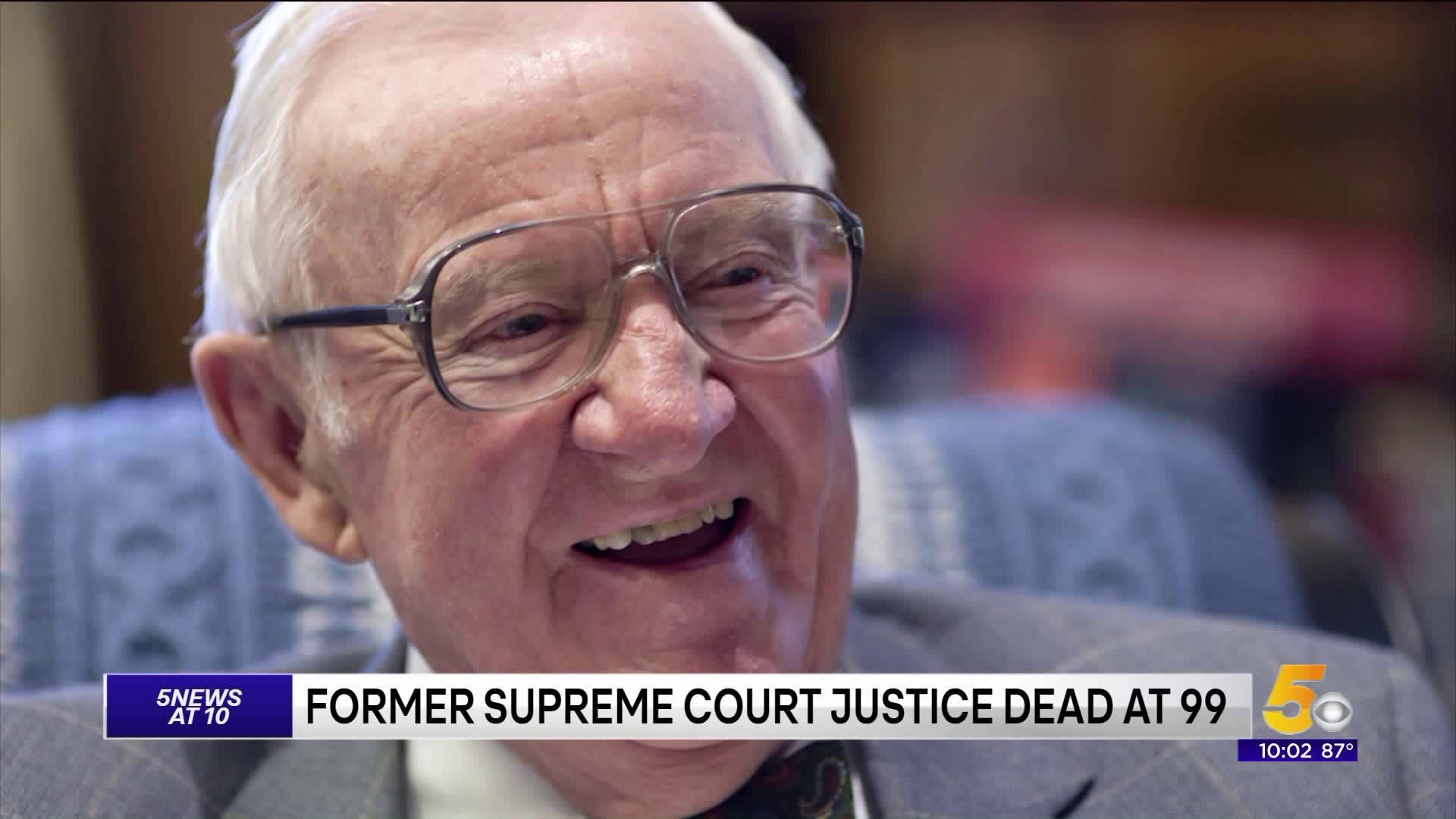 During nearly 35 years on the court, Stevens stood for the freedom and dignity of individuals, be they students or immigrants or prisoners. He acted to limit the death penalty, squelch official prayer in schools, establish gay rights, promote racial equality and preserve legal abortion. He protected the rights of crime suspects and illegal immigrants facing deportation.

He influenced fellow justices to give foreign terrorism suspects held for years at the Guantanamo Bay, Cuba, naval base the right to plead for their release in U.S. courts.

Stevens served more than twice the average tenure for a justice, and was only the second to mark his 90th birthday on the high court. From his appointment by President Gerald Ford in 1975 through his retirement in June 2010, he shaped decisions that touched countless aspects of American life.

He remained an active writer and speaker into his late 90s, surprising some when he came out against Justice Brett Kavanaugh's confirmation following Kavanaugh's angry denial of sexual assault allegations. Stevens wrote an autobiography, "The Making of a Justice: My First 94 Years," that was released just after his 99th birthday in April 2019.

At first considered a centrist, Stevens came to be seen as a lion of liberalism. But he rejected that characterization.

"I don't think of myself as a liberal at all," Stevens told The New York Times in 2007. "I think as part of my general politics, I'm pretty darn conservative."

The way Stevens saw it, he held to the same ground, but the court had shifted steadily to the right over the decades, creating the illusion that he was moving leftward.

He did change his views on some issues, however. He morphed from a critic of affirmative action to a supporter, and came to believe the death penalty was wrong.

His legal reasoning was often described as unpredictable or idiosyncratic, especially in his early years on the court. He was a prolific writer of separate opinions laying out his own thinking, whether he agreed or disagreed with the majority's ruling. Yet Stevens didn't consider his methods novel. He tended toward a case-by-case approach, avoided sweeping judicial philosophies, and stayed mindful of precedent.

The white-haired Stevens, eyes often twinkling behind owlish glasses, was the picture of old-fashioned geniality on the court and off. He took an unusually courteous tone with lawyers arguing their cases, but he was no pushover. After his fellow justices fired off questions, Stevens would politely weigh in. "May I ask a question?" he'd ask gently, then quickly slice to the weakest point of a lawyer's argument.

Stevens was especially concerned with the plight of ordinary citizens up against the government or other powerful interests — a type of struggle he witnessed as a boy.

He voiced only one regret about his Supreme Court career: that he had supported reinstating the death penalty in 1976. More than three decades later, Stevens publicly declared his opposition to capital punishment, saying that years of bad court decisions had overlooked racial bias, favored prosecutors and otherwise undermined his expectation that death sentences could be handed down fairly.

One of his harshest dissents came when the court lifted restrictions on spending by corporations and unions to sway elections. He called the 2010 ruling "a rejection of the common sense of the American people" and a threat to democracy.

As he read parts of that opinion aloud, Stevens' voice wavered uncharacteristically and he repeatedly stumbled over words. For the 90-year-old who'd worried he wouldn't know when to bow out, it was a signal. "That was the day I decided to resign," Stevens said later. He also disclosed in his autobiography that he had suffered a mini-stroke.

The retirement of Stevens, known as a defender of strict separation of church and state, notably left the high court without a single Protestant member for the first time.

"I guess I'm the last WASP," he joked, saying the issue was irrelevant to the justices' work. Justice Neil Gorsuch, who joined the court in 2017, was raised Catholic, but attends a Protestant church.

A great-grandfather, Stevens eased into an active retirement of writing and speaking, still fit for swimming and tennis in Fort Lauderdale, where he and his second wife, Maryan, kept a home away from Washington.

He is survived by two daughters, Elizabeth and Susan, nine grandchildren and 13 great-grandchildren. Stevens' first wife, Elizabeth, second wife, Maryan, and two children died before him.

Attorney General Leslie Rutledge released a statement saying "Justice Stevens served our great nation for many years, my prayers go out to his family and friends during this difficult time."

RIP, Justice John Paul Stevens. A Navy veteran of WWII, he went on to serve on the Supreme Court for 35 years. He lived a life of public service, and I extend my deepest condolences to his family.