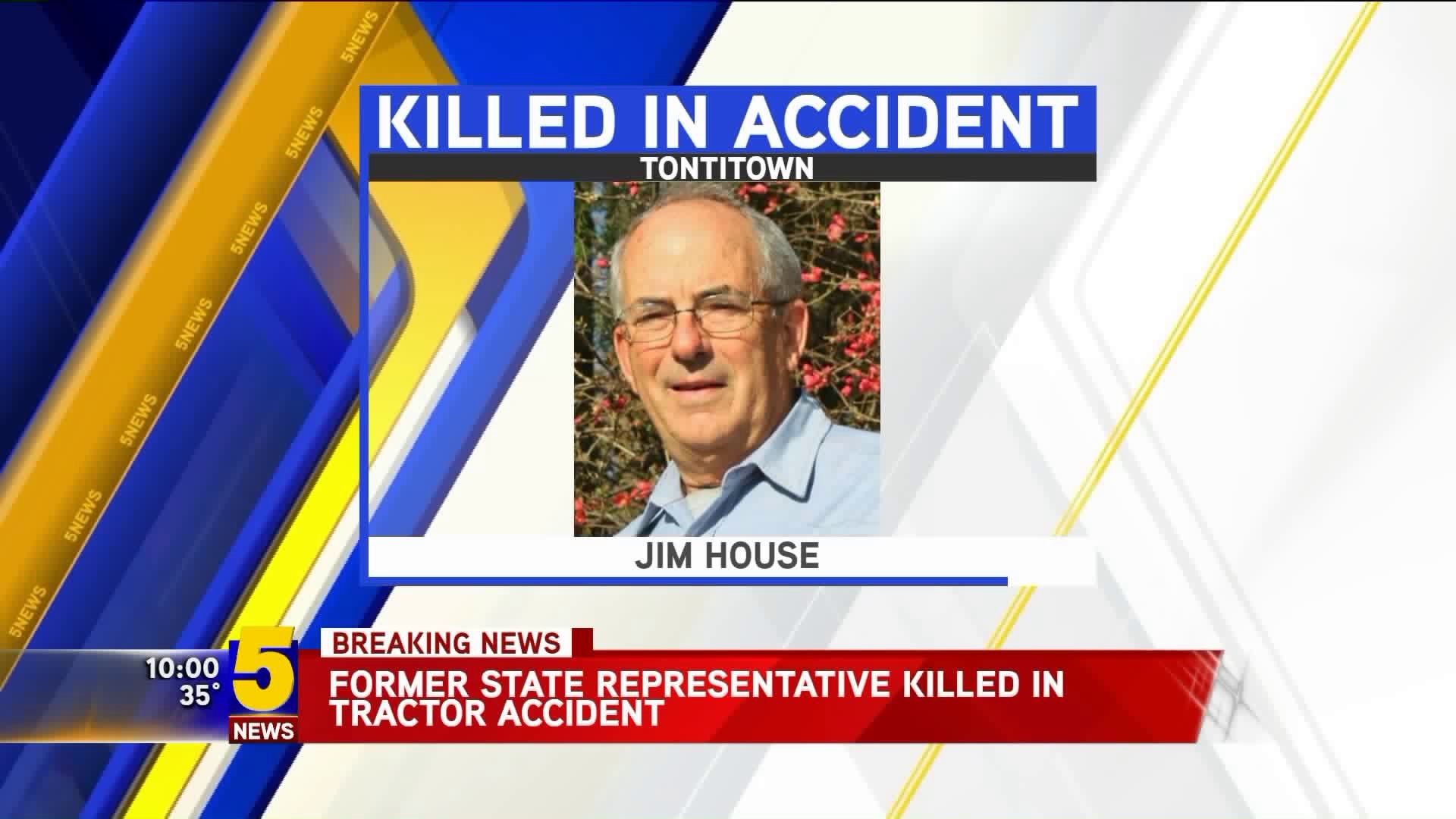 According to Tontitown Police Chief Joey McCormick, House was killed after a tractor he was driving turned over on top of him. Central EMS responded to the initial call around 1:38 p.m., and police were called out to help. The incident happened off Brush Creek Road in Tontitown on his bother's property. House was found by friends of his family. No one else was hurt in the accident.

House served two terms in the Arkansas Legislature from 2007 to 2011, serving a portion of south Fayetteville, and was the Democratic candidate for Washington County judge this past November.

"Jim House was the person you wanted if you were looking for somebody for public service. He didn't do it for the ego. He didn't do it for the notoriety. He just cared about people, he loved being around people, he enjoyed it. He was always one to be smiling, to be working harder than the next guy. He just really had a love for serving people. It's something that's missing in the political process, frankly, on both sides of the aisle these days."

The Washington County Democrats released the following statement about House:

"It is with the deepest sadness that we share with you the passing of our dear friend and loyal Democrat, Jim House. Jim was a lifelong public servant, from his time in the United States Army, to his leadership of the state's health department and tenure in the Arkansas House of Representatives. Jim cared tremendously about this county, about its people, and loved his wonderful family, who we hold in our thoughts and in our prayers tonight. Jim, you are irreplaceable."

"My family and I are so saddened by the loss of our friend, Jim House. He always demonstrated hospitality, humility, and selflessness to my children and to me. We will remember him with fondness and grieve his loss today."

"Jim was one of the kindest people I knew. He was tough, but gentle, brilliant but never arrogant or intimidating. He loved people and I don't know anyone who didn't smile when they saw him coming. He was my mentor and I loved him like a brother. Our community has lost one of our best advocates and he will be missed by everyone who knew him. He wanted me to win his old seat back by 95 votes because he was defeated by 94. He helped me do that and I hope to advocate for our constituents in a way that would have made him proud."