FORT SMITH (KFSM)- Former Sears technician, Kenny Johnson is using some of the skills he learned while working for the retailer to open his own repair business ... 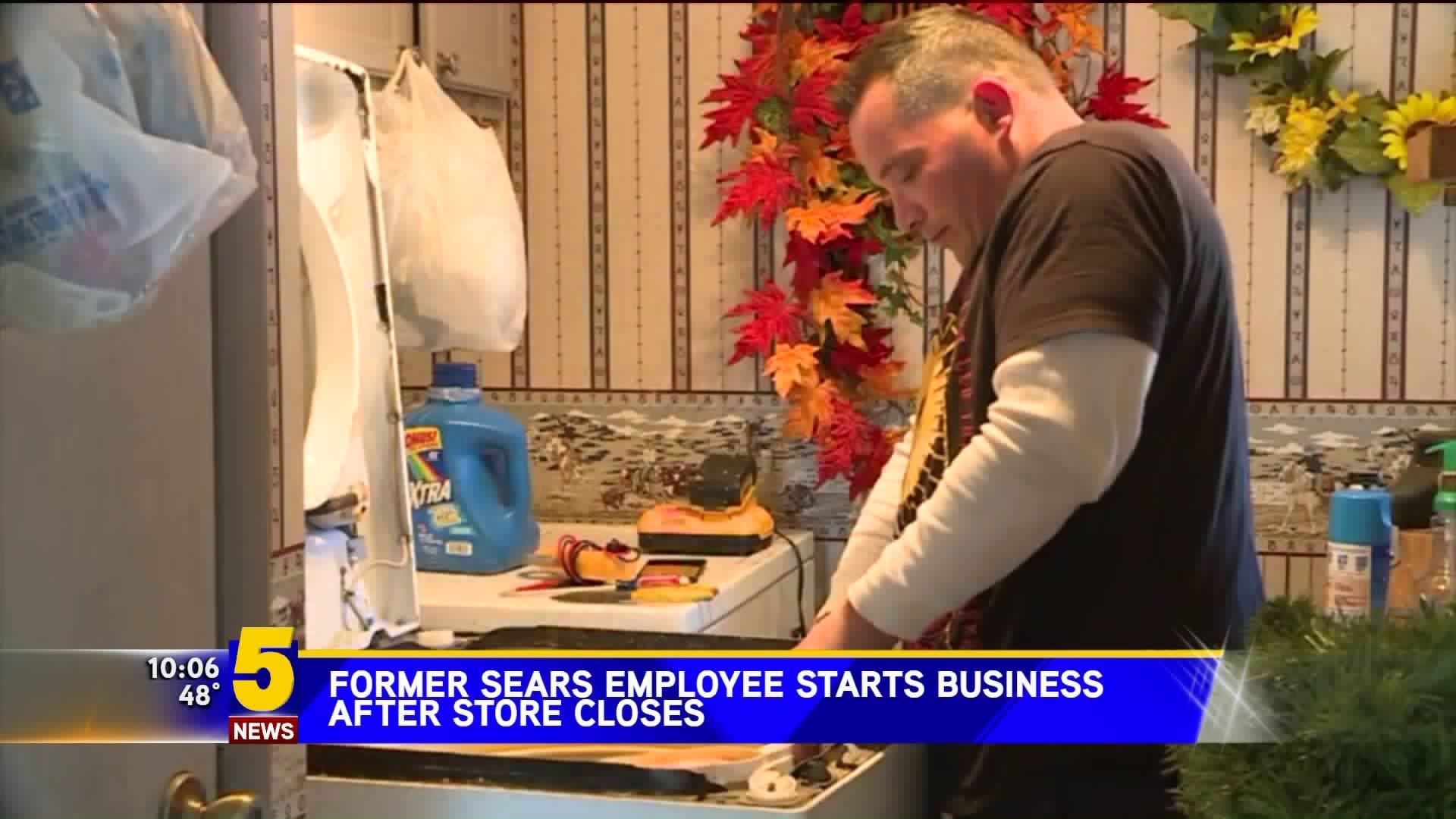 FORT SMITH (KFSM)- Former Sears technician, Kenny Johnson is using some of the skills he learned while working for the retailer to open his own repair business after losing his job after the store closed.

Appliances are what Johnson knows best and he's now able to use what he knows to help customers in the River Valley.

"I know all appliances," Johnson said.

For years, he's been repairing everything from washing machines to refrigerators for Sears, while dreaming of starting his own business.

"It's nice to help people out and be cheaper than most places because I'm not looking to get rich and I don't have a high overhead," Johnson said.

Johnson turned losing his job into what he calls, "a dream come true." That dream is gaining attention on social media and dozens of customers are already asking for his help.

"That was the most enjoyable part," Johnson said. "Getting the customer going again. I don't think it's fair that they should be charged so much for a simple part and I enjoy it!"

Customers are also enjoying it. Many say they are happy with his services so far.

"This guy, he has serious training," Kimberly Arnold, customer said. "He's trying to get out on his own, why not help local businesses and the ones just starting out?"

Now, Johnson is getting to be his own boss and set up his own work, but he said there are some things he's had to figure out along way.

"The differences are that you've got to get with somebody," Johnson said. "Sears would always back you up and they're so big and had tons of places that you could go get parts. Just starting out, you've gotta have some capital to get parts, but I'm getting there."

The handyman said if it weren't for the closure, he wouldn't be doing what he's doing and for that, he's thankful.

"At a point in my life, it's just like do what you want to do," Johnson said. "If you do want to do it, you can do it. It may take time, but you gotta start somewhere. If you don't start, you're not going to succeed."

Johnson also recently bought a work van to help with his business.

He said in the next few weeks he should have his official business permit. Right now, he's averaging two calls a day for customers in the River Valley.