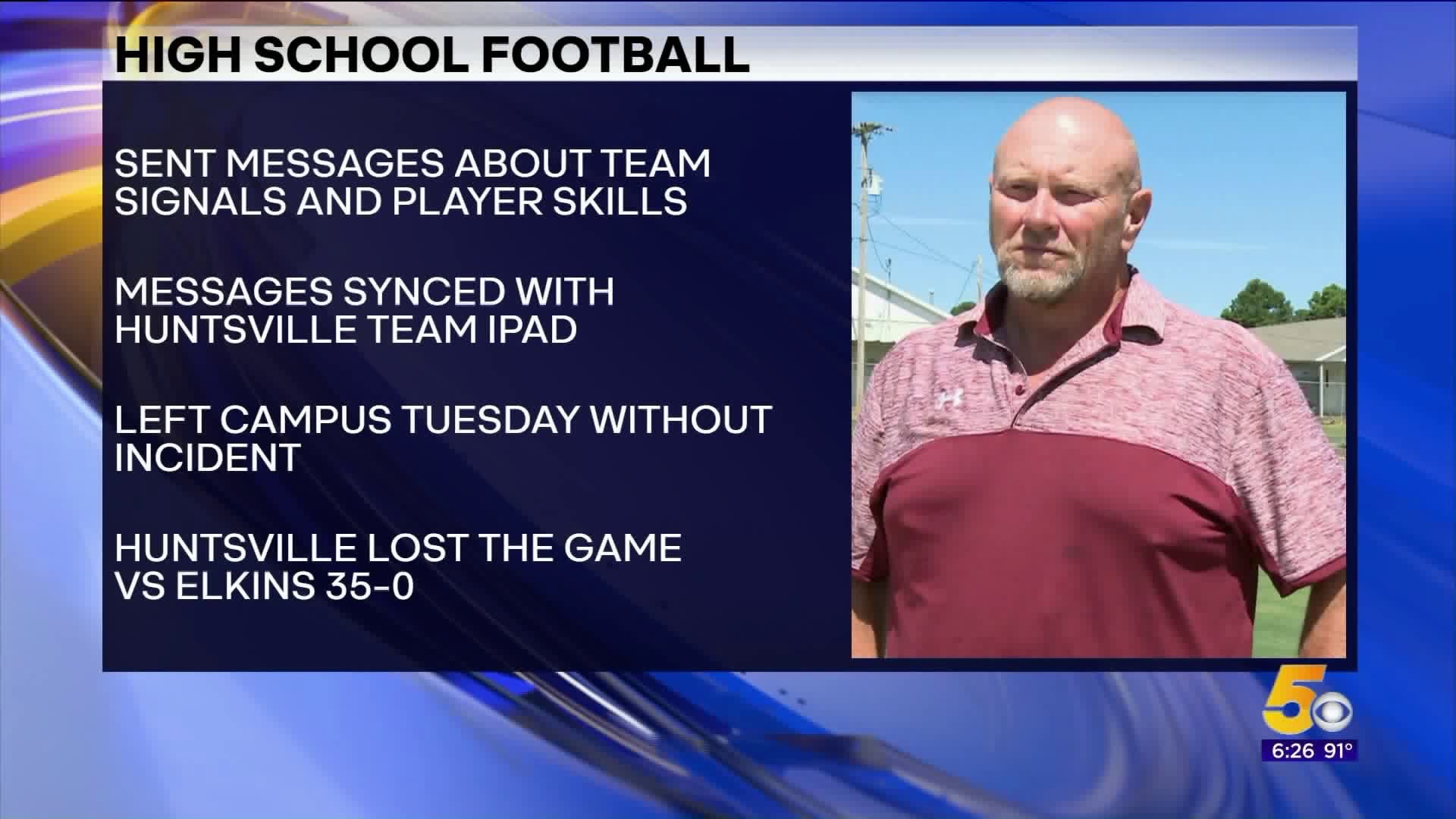 FAYETTEVILLE, Ark. (KFSM) - A former high school football coach is being accused of sharing information from his old team to opponents, according to multiple sources who reached out to 5NEWS sports director Bobby Swofford.

Randy Barnhill, who was the head coach at Huntsville from 2016-18, is being accused of sending text messages that included signals and player information to opposing coaches that were set to face the Eagles. Barnhill was reassigned after the 2018 season and is listed as the Huntsville Dean of Students on the Arkansas Activities Association website. The Eagles went 8-23 in the three seasons under Barnhill.

When contacted by phone, Huntsville superintendent Dennis Fisher said it was a personnel matter and the school has no comment.

"You can ask all the questions you want but I have no comment," Fisher said prior to hanging up.

According to Arkansas Activities Association, sharing information is not against any rule set by the AAA and any disciplinary action taken would fall on the school.

According to the sources, messages sent from Barnhill to an opposing coach were backed up onto an iPad that belongs to the Huntsville football program. Huntsville lost to Elkins 35-0 in week three.

Huntsville is currently 1-2 on the season with a loss to Gentry in the season opener and then defeated Berryville in week two. There was no information sent to Gentry or Berryville.

The former Eagles coach, according to sources, was seen being escorted off campus on Tuesday. 5NEWS has reached out to both Barnhill and current Huntsville athletic director Tom McCollough but has not received a call back.