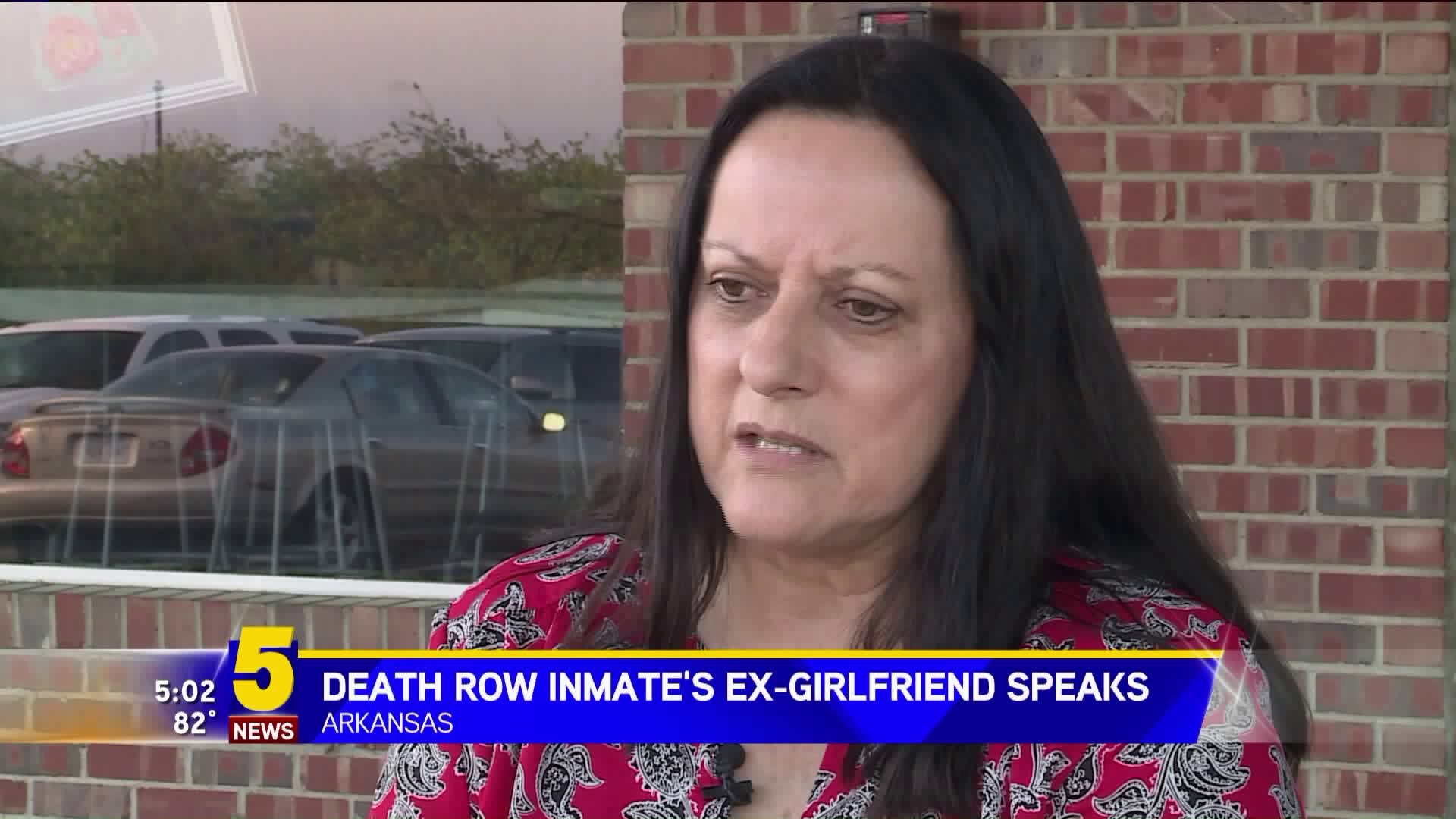 JOHNSON COUNTY (KFSM)—For the first time, the former girlfriend of a man on death row is breaking her silence. Donna Johnson said a now convicted killer tortured her for years.

“The executions that are coming up now, eight people in one month's time, to me, to watch that it brings back a lot of horrible memories,” Johnson said.

Johnson spent six years dating Jack Greene. He now sits on death row at the Varner Unit, a high-security prison In Gould, Arkansas, awaiting an execution date. The two met working at a mall in North Carolina in 1984.

“He was so sweet,” she said. “He would bring me flowers and everything and he was really a nice guy.”

They later moved to Springdale and had a daughter. She said it didn’t take long to realize Greene had a dark side. Johnson said Greene told her if she ever left him, he would kill her and her entire family. She said she reported the threats to police, but they didn’t take her seriously until she left with their daughter in July of 1991. Records show he went back to North Carolina, kidnapped his niece and then killed his brother, Turner “Tommy” Greene. His niece, 16 at the time, survived.

“He headed straight for Arkansas, straight to find me to murder me,” Johnson explained.

She said she reported Greene to her bosses, and police kept surveillance on the house where she was staying.

“Knowing Jack, he just kept drinking,” Johnson said, “and he went to Mr. and Mrs. Burnett's house. He always swore he'd kill both of them. Luckily Mrs. Burnett was not there.”

Greene killed 69-year-old Sidney Jethro Burnett at his home in Knoxville in Johnson County. He was a retired preacher. Johnson said the Burnett’s did nothing but help her during the worst times of her life. She said Greene once cut her finger off and they took her to the hospital to get it sewn back on.

Greene received a life sentence in North Carolina for his brother’s murder and niece’s kidnapping. In 1992, a jury sentenced him for the brutal slaying of the Johnson County pastor.

“You can't get justice if they continue putting off these executions,” Johnson said. “I still live in fear everyday.”

Greene's attorney John C. Williams said his client has a history of serious mental health problems including brain damage and a psychotic disorder. Williams has filed a petition for the Arkansas Supreme Court to take a deep look at those issues.