GENTRY (KFSM) — Gentry Cheer Coach Joni Wilson said she was shocked early Monday morning after she learned of the death of one of her former cheerleaders ... 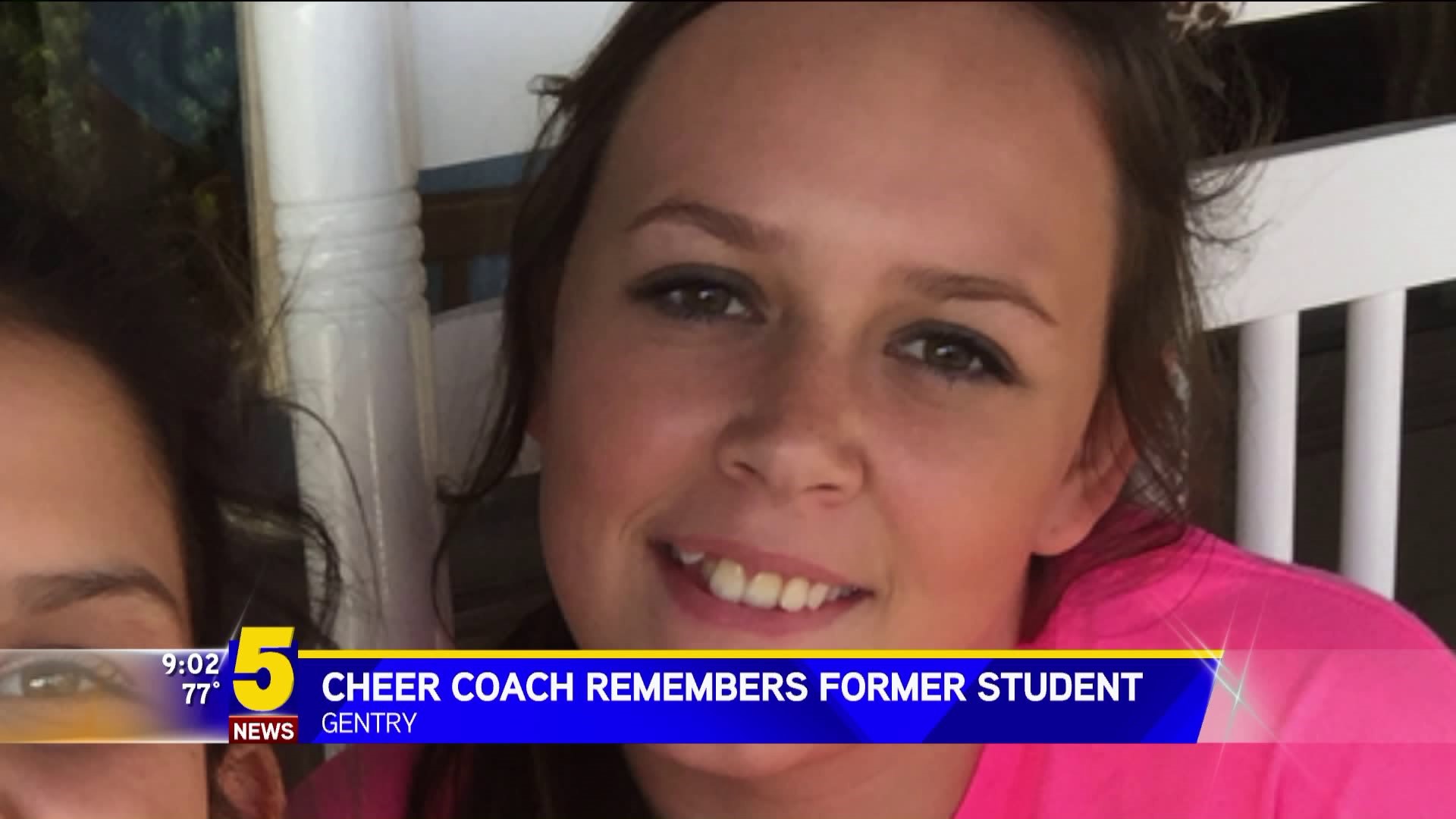 GENTRY (KFSM) -- Gentry Cheer Coach Joni Wilson said she was shocked early Monday morning after she learned of the death of one of her former cheerleaders Lily Murphy.

Murphy is one of five people who died Sunday night after the truck they were in crashed through a guardrail and off a bridge in Cherokee County, Oklahoma.

“Honestly my experience at 2:30 this morning was like you have got to be kidding me," Wilson said. "You know, this has got to be a dream. I’m not going through this again.”

About three years ago, Wilson explained she lost another former cheerleader.

Sophia Asencio-Porter also died in a car accident in June of 2014.

Wilson saw Murphy just a few weeks ago at a football game.

She said the former student was the winner of a drawing and what she did with her prize just showed off who she was as a person.

“Her name was chosen at halftime and I can’t remember," Wilson said. "It was like $150 to $200 or something and she gave it back. She chose to give it back.”

Wilson said Murphy giving it back to the group holding the event was just who she was.

She described her as positive, upbeat and a natural leader.

One of the last conversations Wilson had with Murphy was just about life.

They discussed school, the cheer team and that she was coming home in a few weeks.

Wilson said coming to school Monday was tough for many.

Students and teachers had a hard time as the news began to spread.

Wilson made sure though that the cheer squad had the chance to spend time together and mourn.

At first, she said there was a lot of tears and silence.

After a while though, the squad began sharing funny stories about Murphy and photos as they remembered all the good times they had with their friend.

Gentry High School Principal Brae Harper said they did bring in counselors to help students struggling with this news.

He said they will continue to make these people available for as long as the students need them.