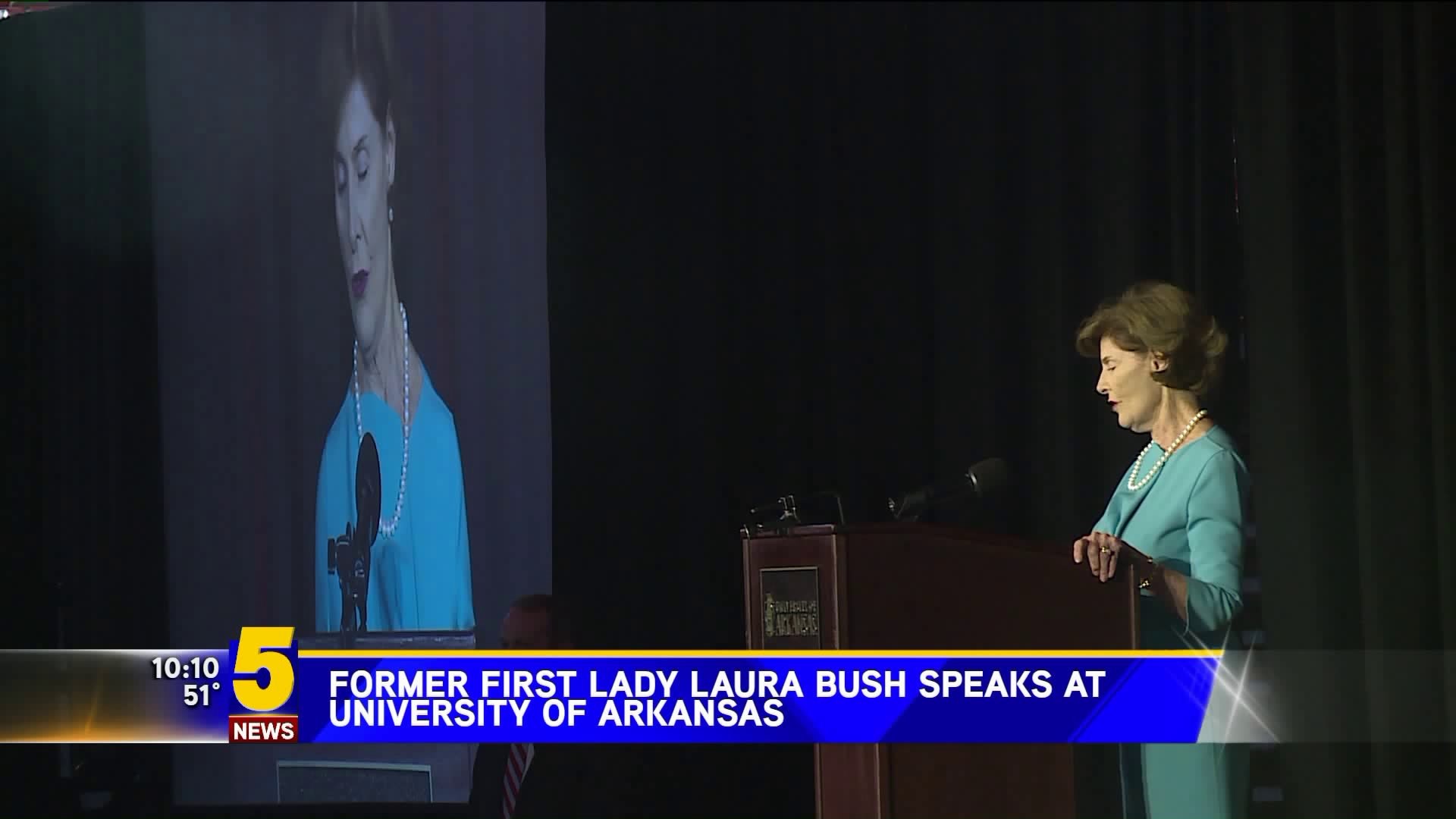 Laura Bush was one of three speakers in the University's Distinguished Lecture Series. A committee of students selected Mrs. Bush as one of the featured guests in this years lineup.

Doors opened for the event at Bud Walton Arena at 6 p.m. and the lecture started at 7 p.m. The former first lady spoke on her life in and out of the White House.

Christine Carroll, who is on the committee for the Distinguished Lecture Series, said she and her fellow students were excited to listen to the former first lady speak and that they watched her in the White House growing up.

"Most of our students really grew up watching her and her husband in the White House so regardless of party affiliation it's a really nostalgic event for our students," Carroll said.

Hundreds gathered inside the arena to listen to Mrs. Bush share life advise and words of wisdom with the crowd.

"From George's parents we learned that all we know we have is now so take advantage of your life as it is and walk on the beach every chance you get," Mrs. Bush said.

A focus of the lecture was on the former first lady's effort during her time at the White House to advance literacy and education among America's young people.

Carroll said hearing about Mrs. Bush's work across the United States and Globe was an inspiration.

"It really just shows that anybody, if you are passionate about something, can go and make a difference," Carroll said.

The event was free and open to the public.