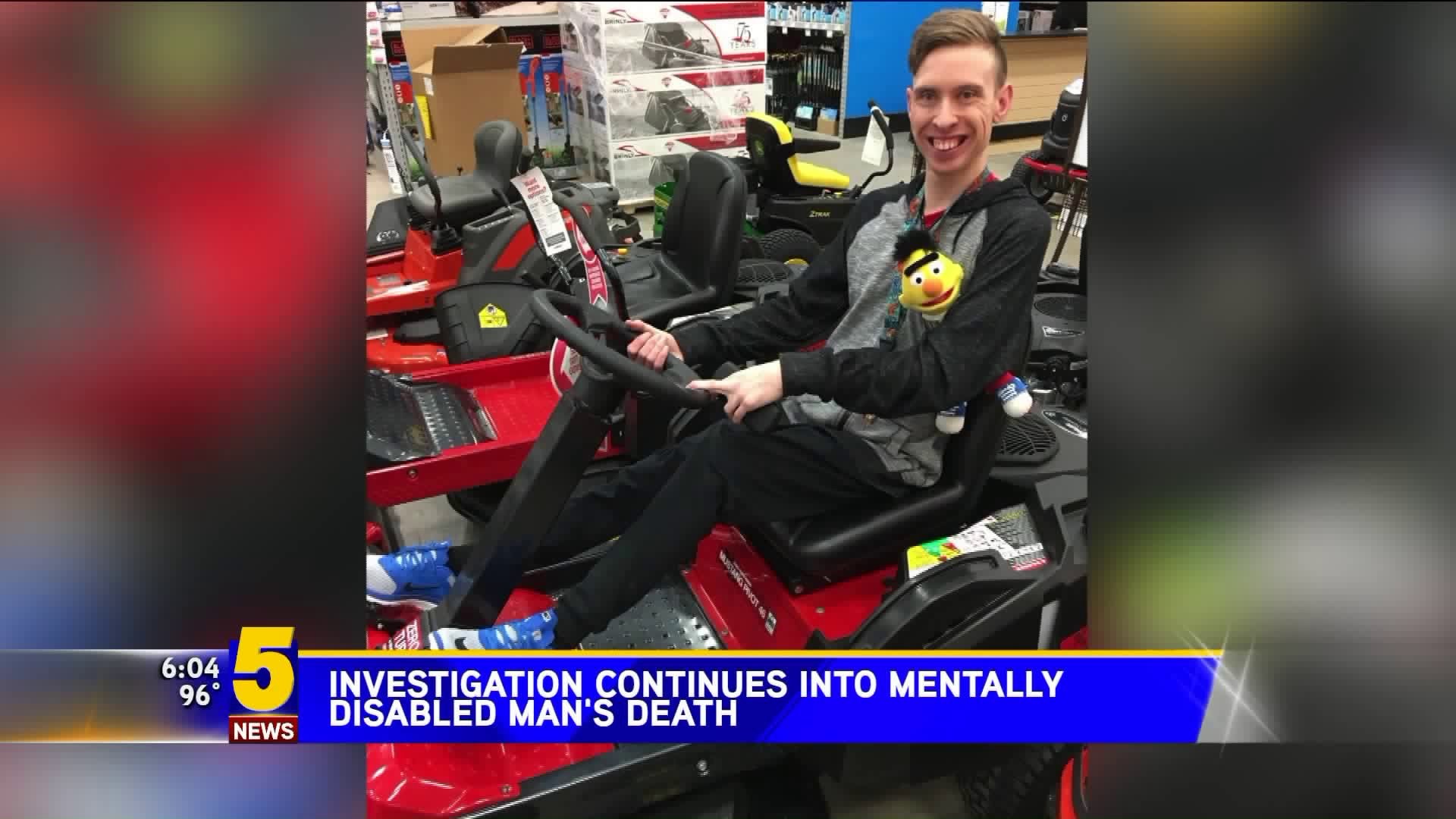 The next day 25-year-old John Davenport, a man who his family says was diagnosed with autism and had a mind of a six-year-old, died in a hospital.

"I just remember him being so happy and had so much joy for life," said Davenport's former caregiver Kenyon Savage. "

A deputy noticed Davenport on the floor of his cell around 6:51 a.m. — about 10 minutes after Davenport spoke to the same deputy, according to Capt. Philip Pevehouse with the Sebastian County Sheriff's Office.

The deputy, who thought Davenport may have hit his head, called medical personnel and Davenport was taken to Sparks Hospital.

Davenport was in protective custody due to his mental disability and was placed on 15-minute checks.

Davenport was arrested Monday (Sept. 10) after allegedly becoming combative with police and spitting in an officer's face, according to Lt. Wes Milam with the Fort Smith Police Department.

According to a police report, police were called to Nelson Hall Homes, a community type housing in Fort Smith because Davenport's caretakers asked for assistance due to his behavior.

Bost is a facility that cares for people with disabilities.

The facilities Executive Director said while the facility does provide 24-hour care to some clients, employees were not 24-hour caretakers of Davenport. They did, however, take care of administering medications and help him with day to day activities at his community housing.

The report states that employees had called police a week prior for the same type of behavior.

"He would never do anything to hurt someone unless he was feeling threatened or hurt himself," Savage said. " It makes me upset and it makes me question the type of people being given these jobs. People with autism don't always understand the consequences of their actions."

Bost released a statement about the situation surrounding Davenport.

"All of us at Bost were involved in the efforts to assist John and believed we were about to take steps that would help him. At this point, we are busy gathering information and trying to come to an understanding.

In the police report, Bost employees tell officers that they were waiting for paperwork to come through that would get Davenport into a care facility, one Bost has confirmed would meet Davenport's 24-hour care needs.

Bost's Executive Director said they were working with several state agencies to make this happen.