(KFSM) — A murder investigation is underway after a former northeast Arkansas Senator was found dead of a gunshot wound to her head. The Randolph County Sheriff... 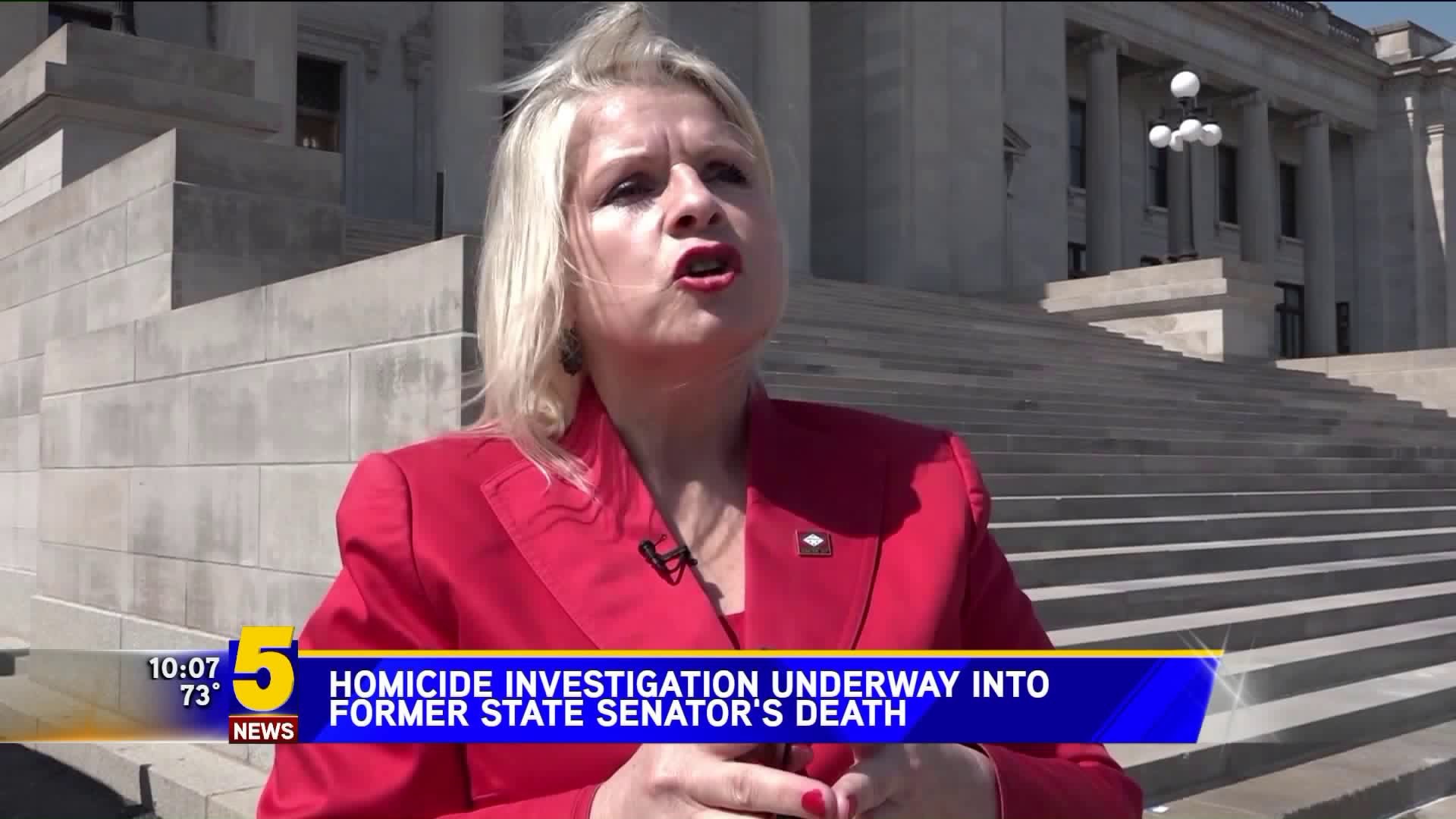 (KFSM) — A murder investigation is underway after a former northeast Arkansas Senator was found dead of a gunshot wound to her head.

The Randolph County Sheriff's Department and Arkansas State Police are investigating the death of former state Senator Linda Collins-Smith as a homicide. As of right now, no suspects have been named.

State Police confirmed Thursday (June 6) the remains found in the home were those of Collins-Smith.

According to Collins-Smith's former press secretary Ken Yang, the 57-year-olds body was found wrapped in blankets with a gunshot wound in her head.

According to court documents, Collins-Smith requested a protection order against her estranged husband in November of 2017. He has not been named a suspect.

Authorities are saying that her death is being investigated as a murder.

"The body has been sent for an autopsy to determine the positive identification and cause of death. Third Judicial District Circuit Judge Herald Irwin has issued an order sealing the documents obtained by the police during this investigation” said Randolph County Sheriff Kevin Bell.

Her colleagues say the news of her death was hard to hear.

"You know its devastating and makes your heart hurt for Linda and her family you know no one deserves to go in a way like that," said State Senator Bart Hester.

Those who worked closely with Collins-Smith say they admired her passionate, caring nature.

"It was clear that she was someone who was very passionate and felt very strongly about her beliefs and was willing to work hard," said State Senator Jim Hendren. "I've known her the entire time she was at the Senate and while we didn’t always agree she was definitely someone who was passionate."

Her colleague and friend Charlotte Douglas, who is an Arkansas House Representative, says Collins-Smith cared deeply for Arkansas citizens and that always showed in her work.

"I think you could narrow it down to a couple of words… she had backbone like no other legislature," Douglas said. "It just absolutely took the wind out of me to even think about that she had died and I thought well maybe natural causes and then deeper into the conversation learning that it had been what we are finding out a murder."

The Arkansas GOP tweeted, "She was a passionate voice for her people and a close member of our Republican family."

Collins-Smith's body has been sent to the Arkansas State Crime Lab for an autopsy and the investigation remains ongoing.

Collins-Smith was first elected to the Arkansas House as a Democrat in 2010. She switched to the Republican party in 2011 and was elected to the Senate in 2014. She lost her bid for re-election in 2018.