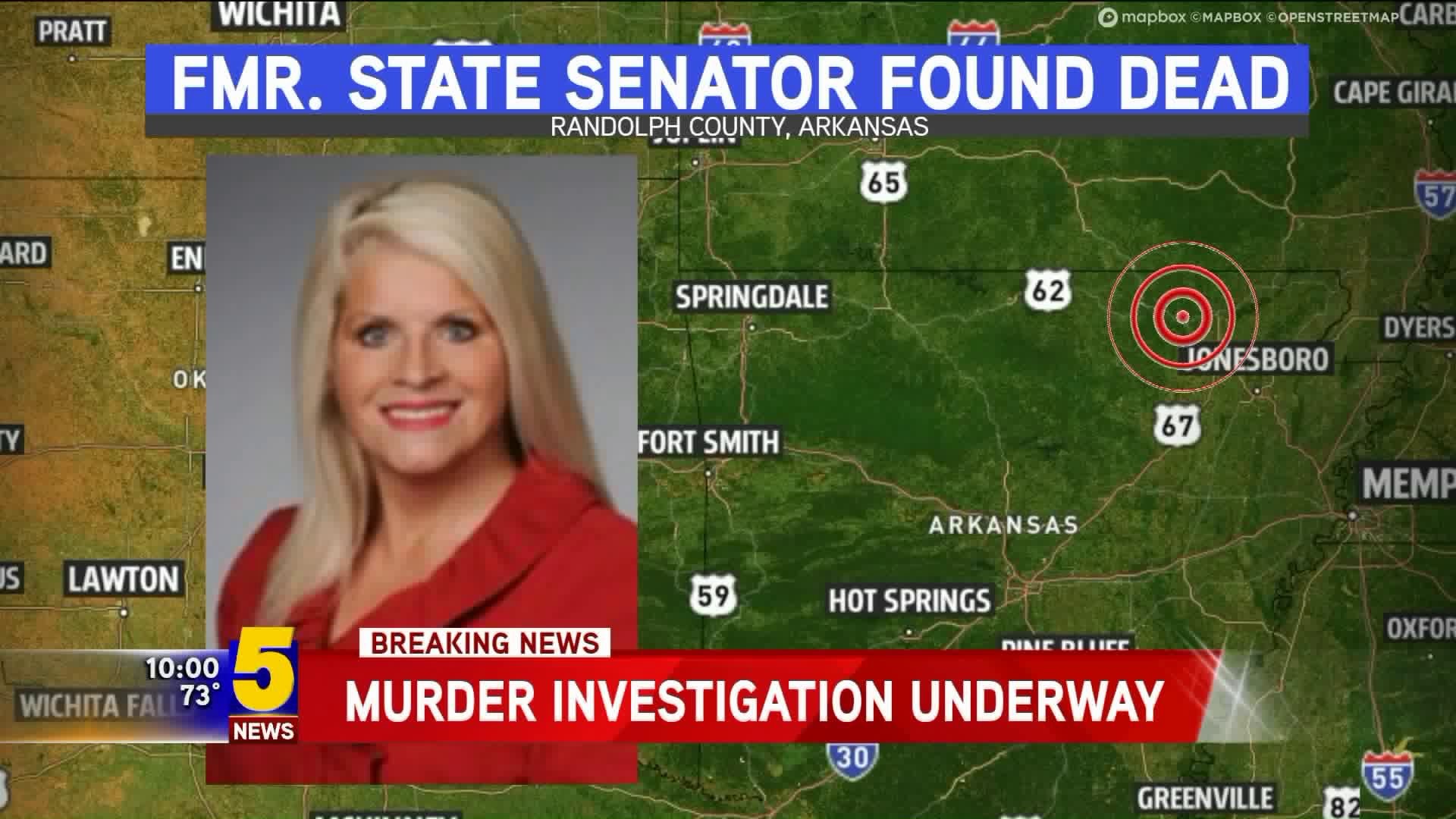 Yang says that her death is being investigated as a murder.

According to Yang, neighbors had reportedly heard gunshots a day or two before Collins-Smith was discovered today. Her body was reportedly found wrapped in some sort of blanket.

KAIT8 reports that they are at Collins-Smith's house in Randolph County where police are investigating an unattended death as suspicious.

Sheriff Bell tells KAIT8 they do not believe the public is in danger.

A prosecuting attorney has reportedly issued a gag order, a legal order by a court or government, restricting information or comment from being made public.

Today, we learned of the untimely death of former Senator Linda Collins Smith. She was a passionate voice for her people and a close member of our Republican family. We are praying for her loved ones during this difficult time. pic.twitter.com/uOg76yd6dF

I am in shock over the news of Sen. Linda Collins-Smith’s death. I am heartbroken for her family & friends as they grieve, & my thoughts & prayers are w/ them during this tragic time. Linda was a friend who had a deep faith in God & passion for her state & nation. She is missed.

Senator Tom Cotton tweeted his condolences saying "I was deeply saddened to hear of Linda Collins-Smith's passing. She was a passionate leader who loved northeast Arkansas. I wish her friends and family comfort during this tragic time."

"I’m both stunned and saddened by the death of former State Senator Linda Collins-Smith. She was a good person who served in the public arena with passion and conviction. The First Lady and I extend our deepest sympathies to her family and friends during this difficult time.”