For The Second Time In A Week, Storms Rip Up Trees In Yard Of Fort Smith Veteran 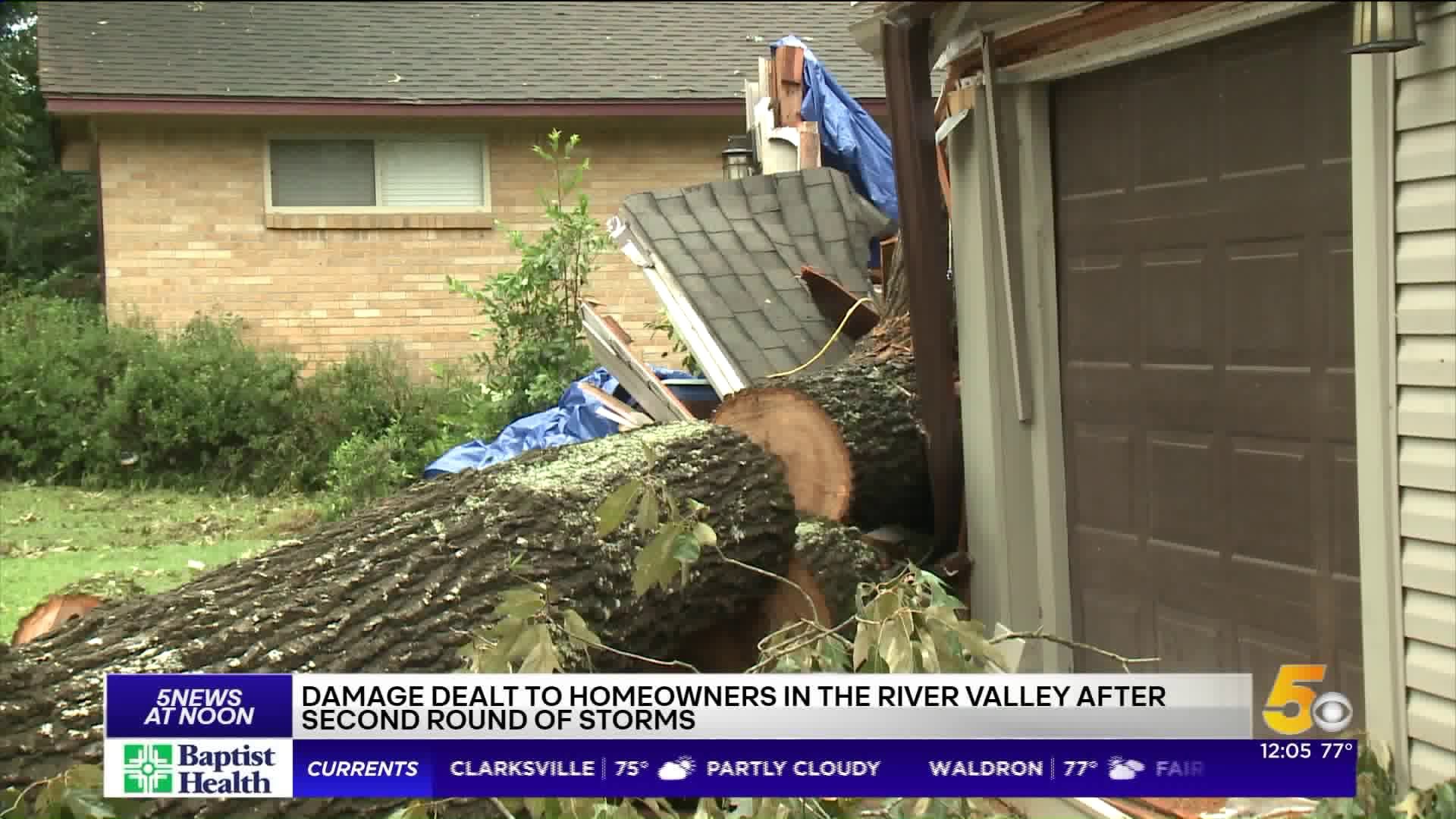 For the second time in just four days, a tree was ripped from Shelly Pollock's front yard.

"Like everybody says it could have been a lot worse," she said. "I'm between numb and hysterically laughing, and it's just unbelievable, it really is."

Pollock, a military veteran, has spent the last couple of days putting a tarp on her garage after a tree from Saturday's storms fell on top of it. She was surprised Tuesday morning when she woke up and another tree was ripped from the ground. This time it was laying across her yard into her driveway and the street.

"Luckily, I had parked my truck where I did, so Saturday it was this close to getting crushed, and now I've got about this much room before it [got] crushed," she said.

One thing that Pollock says has been touching is the way the Fort Smith community and her friends have helped her on both days after the storms. Her friend Cassandra Holloway dropped everything when she found out her friend needed her help again.

"When she text me this morning about it, I was actually at school.. and immediately left school to make sure she was OK emotionally," Holloway said.

Pollock and her friends are trying to keep a positive attitude and find ways to be thankful in this tough situation.

"It's a 'if you don't laugh about it you are going to cry about it' kind of thing," Holloway said. "I'm actually really thankful she still has her truck, at least, and [the tree is] in the road this time, so I guess it's a blessing in disguise for her on that one and kind of maybe God's little sense of humor," Holloway said.

Pollock says she is grateful for people taking time out of their lives to make sure she is OK and to help her start to clean up the mess in her front yard.

Pollock is the founder of Earthbound Angels, and the donations for their Christmas drive that were in her garage are now ruined. She says one of her next steps is working overtime to gather new donations.