Flu-Related Deaths In Arkansas Rise By 19, Totaling 57 This Season

ARKANSAS (KFSM) — 57 people have now died from influenza in Arkansas this flu season according to the Arkansas Department of Health (ADH). 70 percent were unvac... 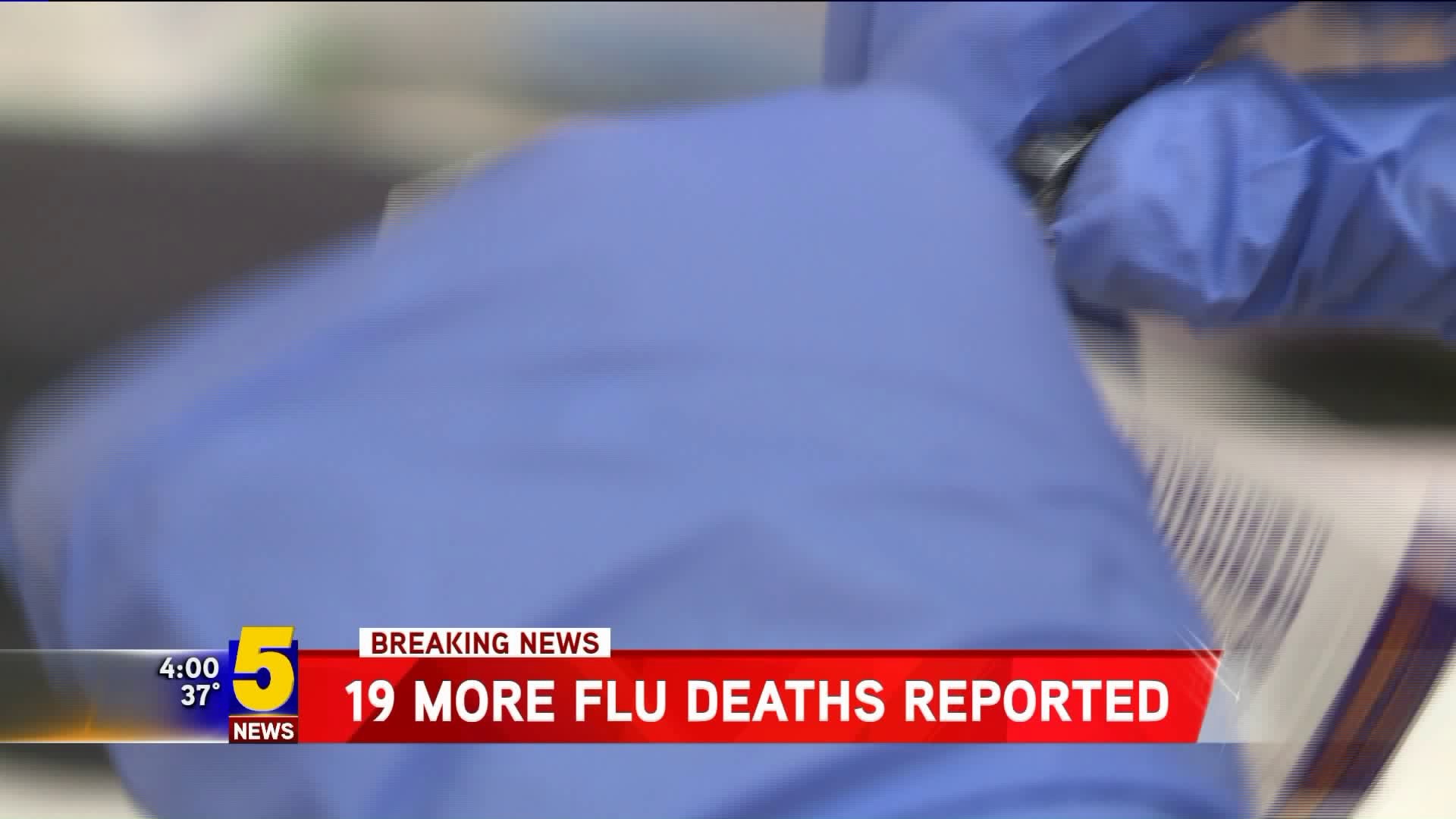 ARKANSAS (KFSM) — 57 people have now died from influenza in Arkansas this flu season according to the Arkansas Department of Health (ADH). 70 percent were unvaccinated or had an unknown vaccine history

The ADH’s weekly flu report noted that the state has reported “widespread” activity to the Centers for Disease Control and Prevention for a geographic spread and a “high” level of intensity.

Since September 30, 2018, over 22,400 positive influenza tests have been reported to the ADH online database by health care providers. Last week, the number of tests reported was  18,600 increasing by 3,800 in one week.

The average school absenteeism rate last week was 6.9 percent among public schools. ADH says that 17 schools closed briefly because of the flu.

The CDC has reported a total of 56 pediatric deaths nationwide this season.

The proportion of deaths reported to the National Center for Health Statistics attributed to pneumonia and influenza (P&I) was below the system-specific epidemic threshold.