Flu Deaths In Arkansas Spikes To 77 For This Season

ARKANSAS (KFSM) — 77 people have now died from influenza-like illnesses in Arkansas this flu season, a new report from the Arkansas Department of Health (ADH) s... 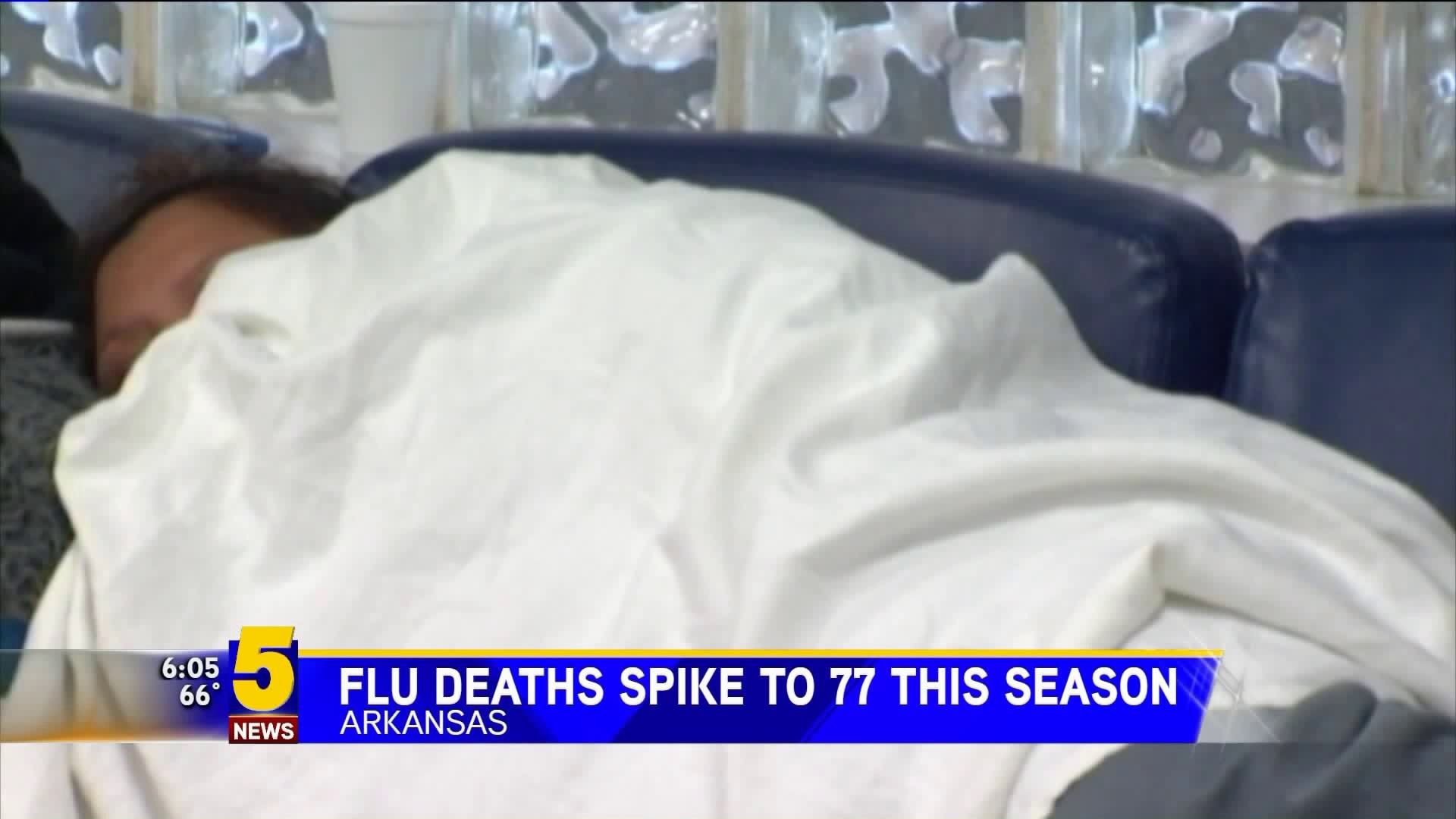 ARKANSAS (KFSM) — 77 people have now died from influenza-like illnesses in Arkansas this flu season, a new report from the Arkansas Department of Health (ADH) shows. 71% of the adults were unvaccinated or had an unknown vaccine history.

The ADH’s weekly flu report noted that the state has reported “widespread” activity to the Centers for Disease Control and Prevention for a geographic spread and a “high” level of intensity.

About 5.6 percent of patients visiting emergency rooms this week were there for influenza-like illnesses (ILI). About 6.2 percent of outpatient visits were for ILI, the ADH states.

The average school absenteeism rate last week was 7.8 percent among public schools. As of 03/19/2019, the ADH reports that 26 schools closed briefly due to the flu.

The CDC has reported 68 pediatric deaths nationwide this season due to the flu, including one in Arkansas.