SPRINGDALE, Ark. (KFSM) — It may still feel like summer outside, but fall and winter illnesses are already creeping into our area with confirmed cases of the fl... 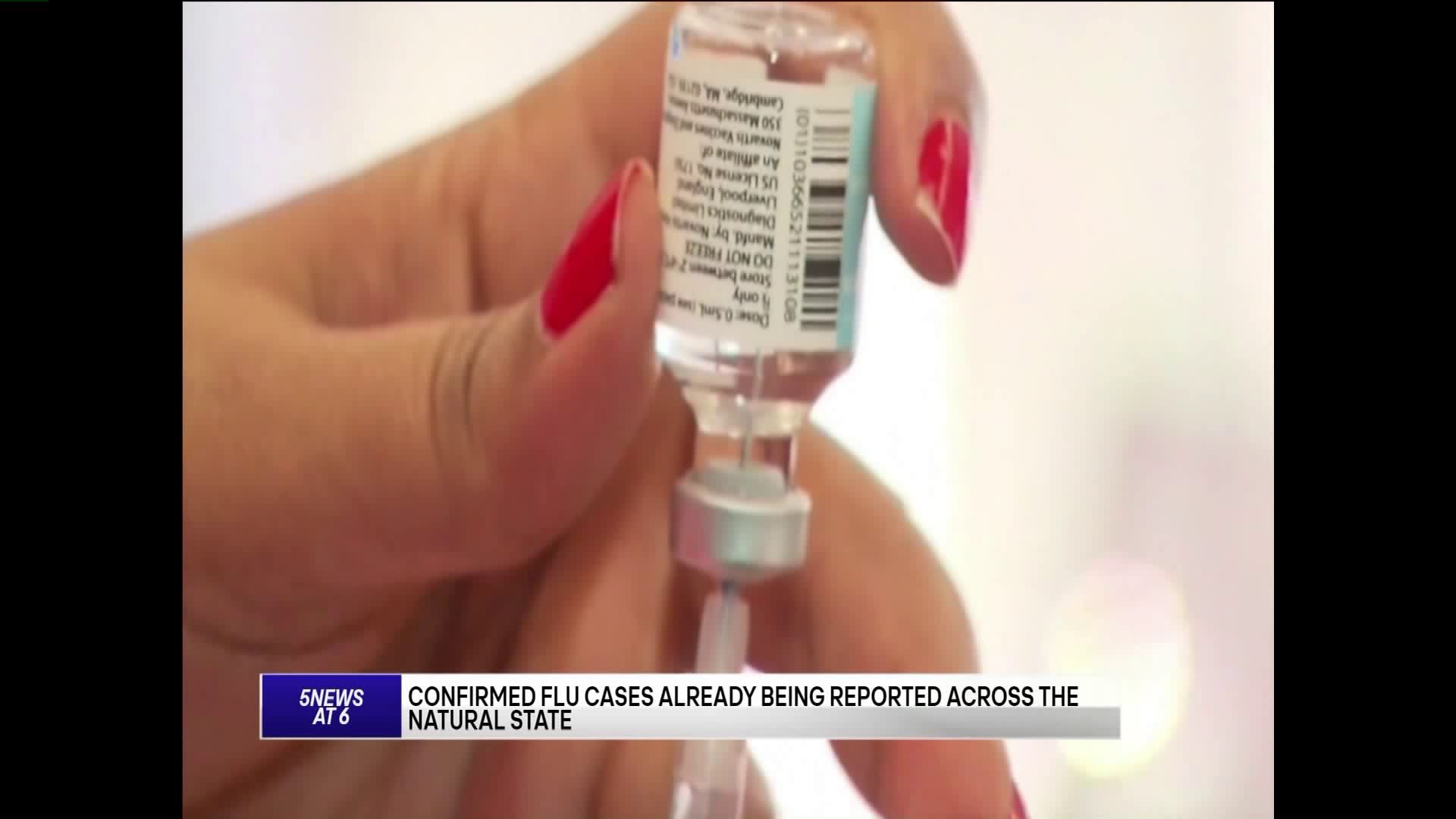 SPRINGDALE, Ark. (KFSM) — It may still feel like summer outside, but fall and winter illnesses are already creeping into our area with confirmed cases of the flu.

Flu season may not officially start until October, but doctors say "the flu starts circulating when kids go back to school.”

“You get the fever, the body aches, cough, sneeze, sore throat. Then you’ll really be low energy,” Hansen said.

Hansen recommends getting the flu vaccine starting in October to get your body ready for the peak of flu season in December.

“The CDC estimates that by people getting the flu vaccine, they had 7 million less flu illness last year. That also probably prevented 8,000 death potentially from flu illness,” he said.

Arkansas Department of Health immunization medical director Dr. Jennifer Dillaha says the flu vaccine is our best protection against the flu. She says it is still possible to get the flu if you get the vaccine, but the vaccine cannot cause the flu.

“However, it can offer some protection, in fact, good protection for people if they get the flu and have had the vaccine it helps protect them, gives their immune system enough of a running head start so to speak,” she said.

Dillaha says more than 100 people died from the flu during the last flu season and 200 the year before that. She says many people die from complications of the flu but aren’t labeled as flu deaths.

“Flu can provoke a heart attack or some other illness, so they are diagnosed as a heart attack death, not a flu death, so there are more people that get ill and have complications or die from the flu then we are actually able to count,” she said.

They aren’t giving flu shots just yet here at the Northwest Medical Center, but you can find the vaccine at other clinics and drug stores.

It's suggested that people who are high risk get their flu shots early. These are children under the age of five, people with a chronic illness like asthma, diabetes, the elderly and pregnant women.

The Sebastian County Health Unit of the Arkansas Department of Health (ADH) will be offering flu vaccines on Friday, September 27.