CRAWFORD COUNTY (KFSM) — Parts of the area are still dealing with flooding Wednesday(March 28) as a handful of roads are still washed out. Heavy rain typi... 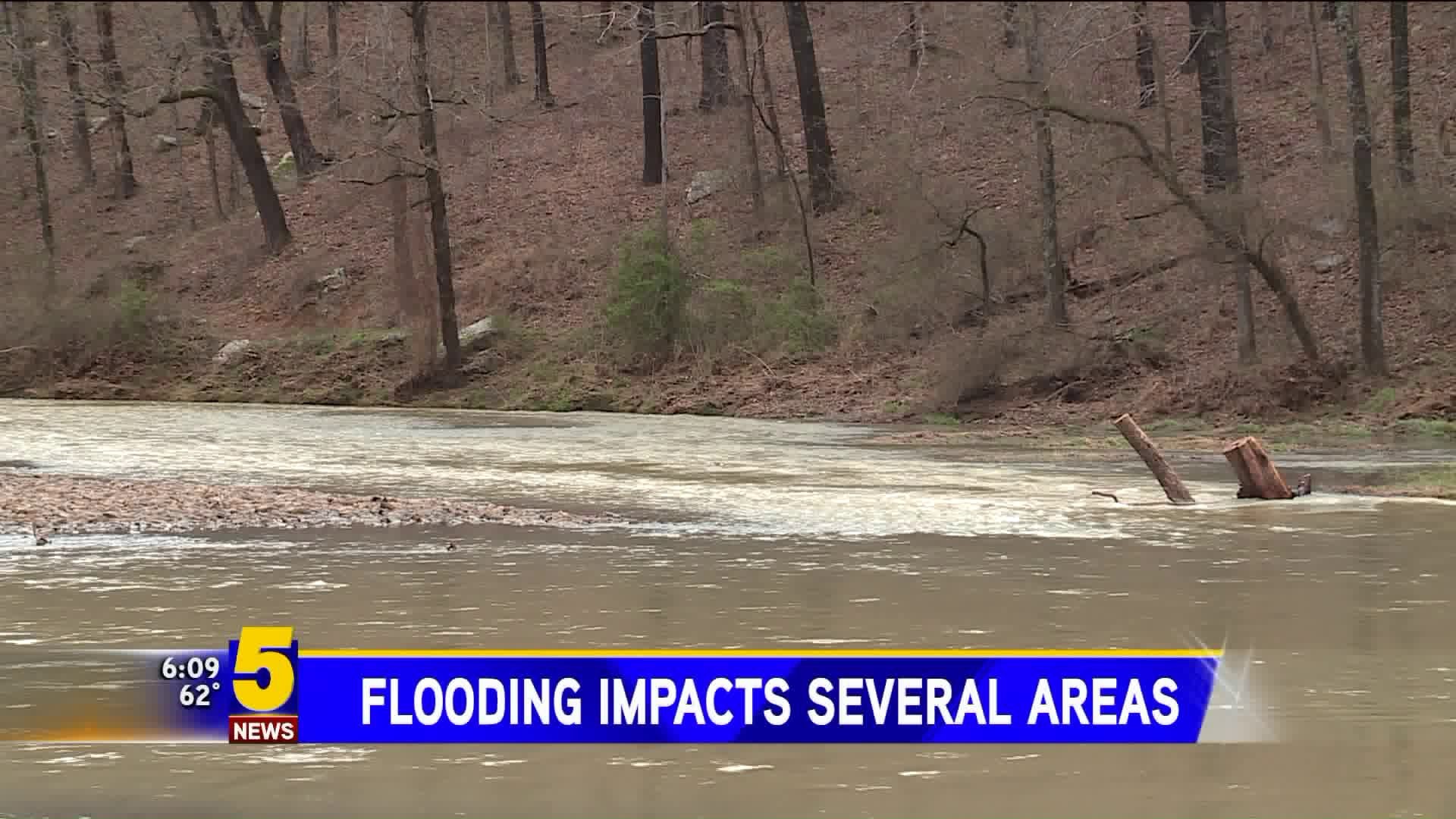 CRAWFORD COUNTY (KFSM) -- Parts of the area are still dealing with flooding Wednesday(March 28) as a handful of roads are still washed out.

Heavy rain typically means flooding at the bridge on Natural Dam Road in Crawford County. For people who live across the bridge, there's not much of an alternate route in and out. Despite warnings not to drive through high water, some people did anyways. Other residents said they know better.

"You gotta be careful no matter how familiar you are," Mac Kirkland said.

Kirkland has lived in Natural Dam since 1994. He said he sees people driving over the flooded bridge too often.

"That is very dangerous," he said.

About five miles south of Mountainburg, the bridge at the Arkansas Highway 282 Swimming Hole is closed due to swift waters. Officials are urging drivers not to go around barricades.

Park rangers at Devil's Den State Park have also had their work cut out for them, but say things could have been worse. At its peak, flood waters cover the picnic tables, but the water has since gone down.

"After a heavy rain some people come out just to view the waterfalls," said Asst. Park Superintendent Tim Scott.

That's exactly what Mirela Ristic and her family did. They were visiting Arkansas for the first time from Chicago.

"We all like to explore so we don't mind the weather," she said.