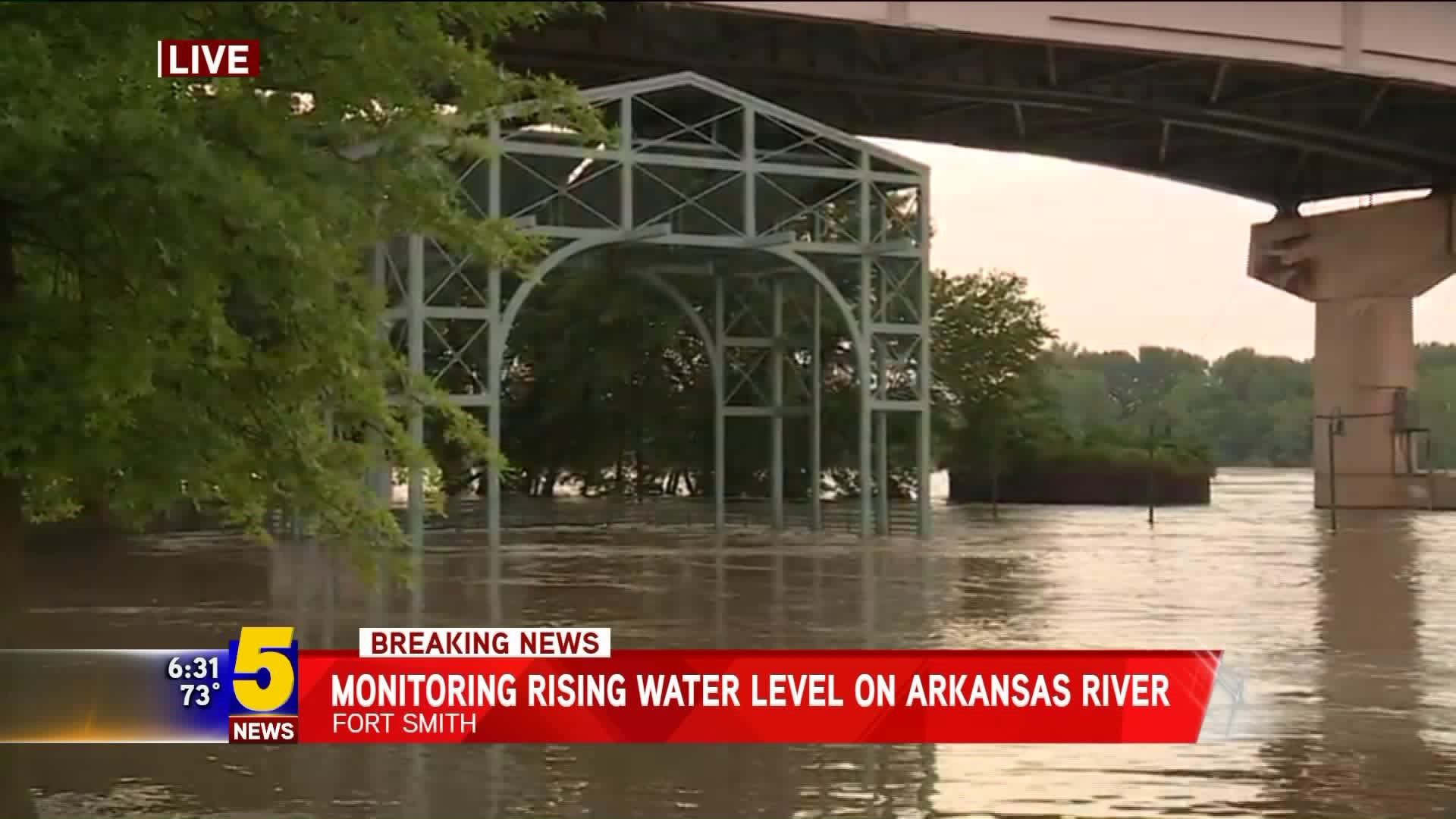 In a scene reminiscent of the 2015 floods, street lights sticking out from the water were the only indications of the front of the park and the location of the amphitheater. And the water isn't finished rising.

The river is expected to be in major flood stage from Lee Creek to Ozark by Friday.

The flood stage is due to a large water release in the Tulsa District, according to the U.S. Army Corps of Engineers.

Wednesday night, residents along the river began packing up in anticipation of floodwaters invading their homes. Residents in the Riverlyn Drive neighborhood along the river were loading their valuables into UHauls Wednesday evening on fears the are could be flooded by today.

"We were praying it would get out of here," said Chuck Fawcett. "We thought it would, but with this last push in Tulsa, it put us in a mess."