FORT SMITH, Ark. (KFSM) — Governor Asa Hutchinson and several other lawmakers took a birds-eye view from the Garrison Ave. Bridge of flooding along the Arkansas... 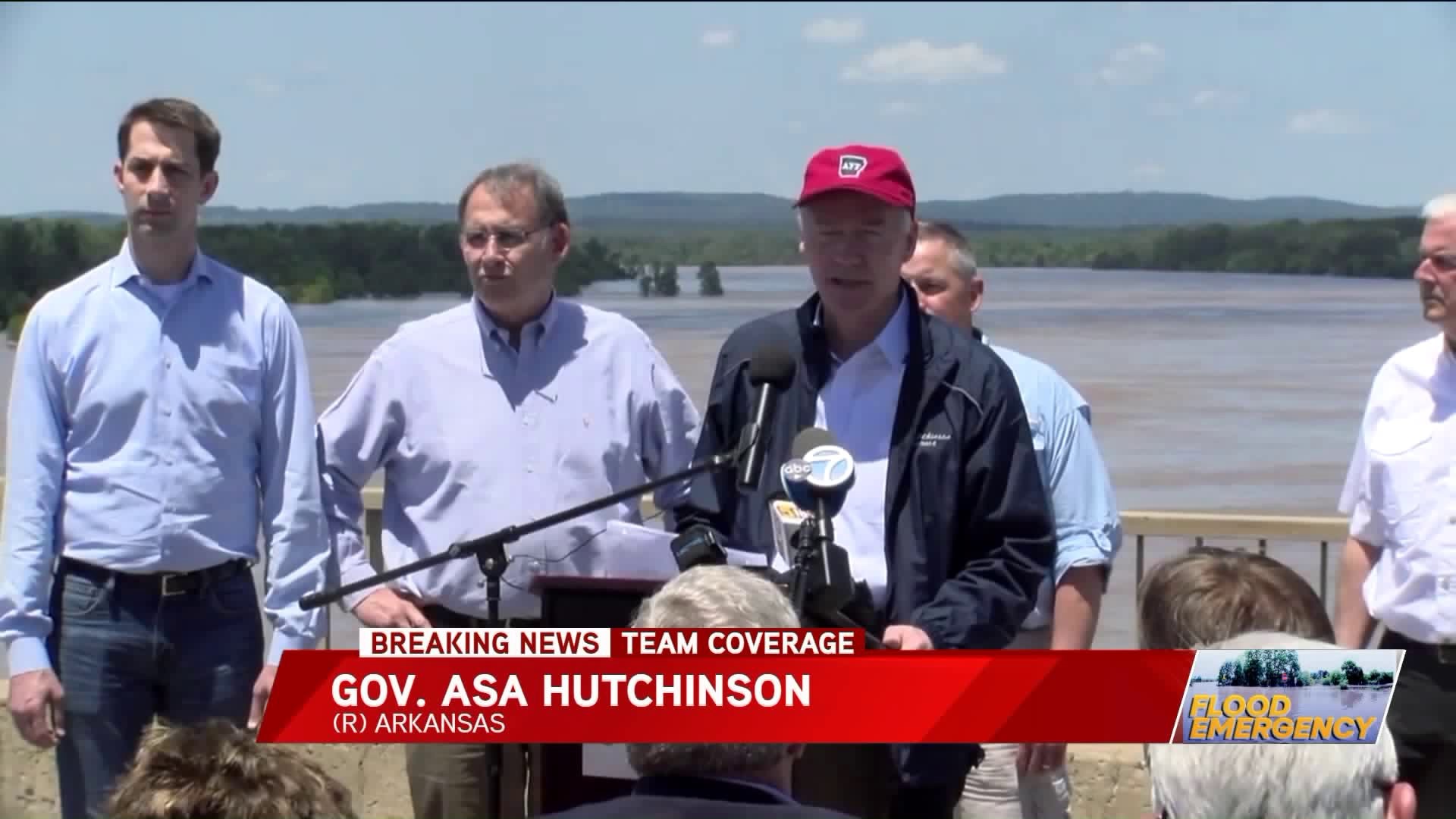 FORT SMITH, Ark. (KFSM) — Governor Asa Hutchinson and several other lawmakers took a birds-eye view from the Garrison Ave. Bridge of flooding along the Arkansas River Thursday (May 30).

Lawmakers said it will take weeks until the flood water recedes and after it does, some residents will be able to return to their homes to assess the damage.

FEMA is currently on the ground and will be a part of the flood assessment team whenever the water recedes.

The floods have shut down barge traffic on the Arkansas River, causing the state to lose $23 million a day. Thousands of acres of farmland have been destroyed during the disaster, and it's unclear at this time what kind of impact on the state's economy the loss of crops will be.

Congressman Steve Womack told 5NEWS that a federal relief funding bill should pass on Monday after being tied up in Congress.

The Arkansas River has passed the all-time highest river level of 38.1ft set in May of 1945. The river reached a crest of just under 40.26 feet Wednesday morning but will crest again around midnight late Thursday into Friday at 40.5ft according to new NWS projections.

“Historic flooding has left many communities along the Arkansas River unrecognizable," Senator John Boozman said. "This is one of the worst natural disasters in our state’s history, but we can be proud of the resolve that Arkansans have demonstrated to face this challenge. This continues to be a dangerous situation and we are fortunate to have the Arkansas Department of Emergency Management, law enforcement, the U.S. Army Corps of Engineers, the Arkansas National Guard and many other organizations and individuals who are closely monitoring the water levels, levees and dams and are ready to respond to potential emergencies.”

Gov. Asa Hutchinson on Wednesday (May 29) announced he’s increased emergency funding to $350,000 — up from the $100,000 already approved — in response to historic flooding affecting the state.

Hutchinson also said he communicated to President Trump to ask for more assistance from federal agencies.