This week, Melissa Hall was in downtown Fort Smith and went downstairs to a hidden spot that’s bringing big city flavors and flair, and making it availabl... 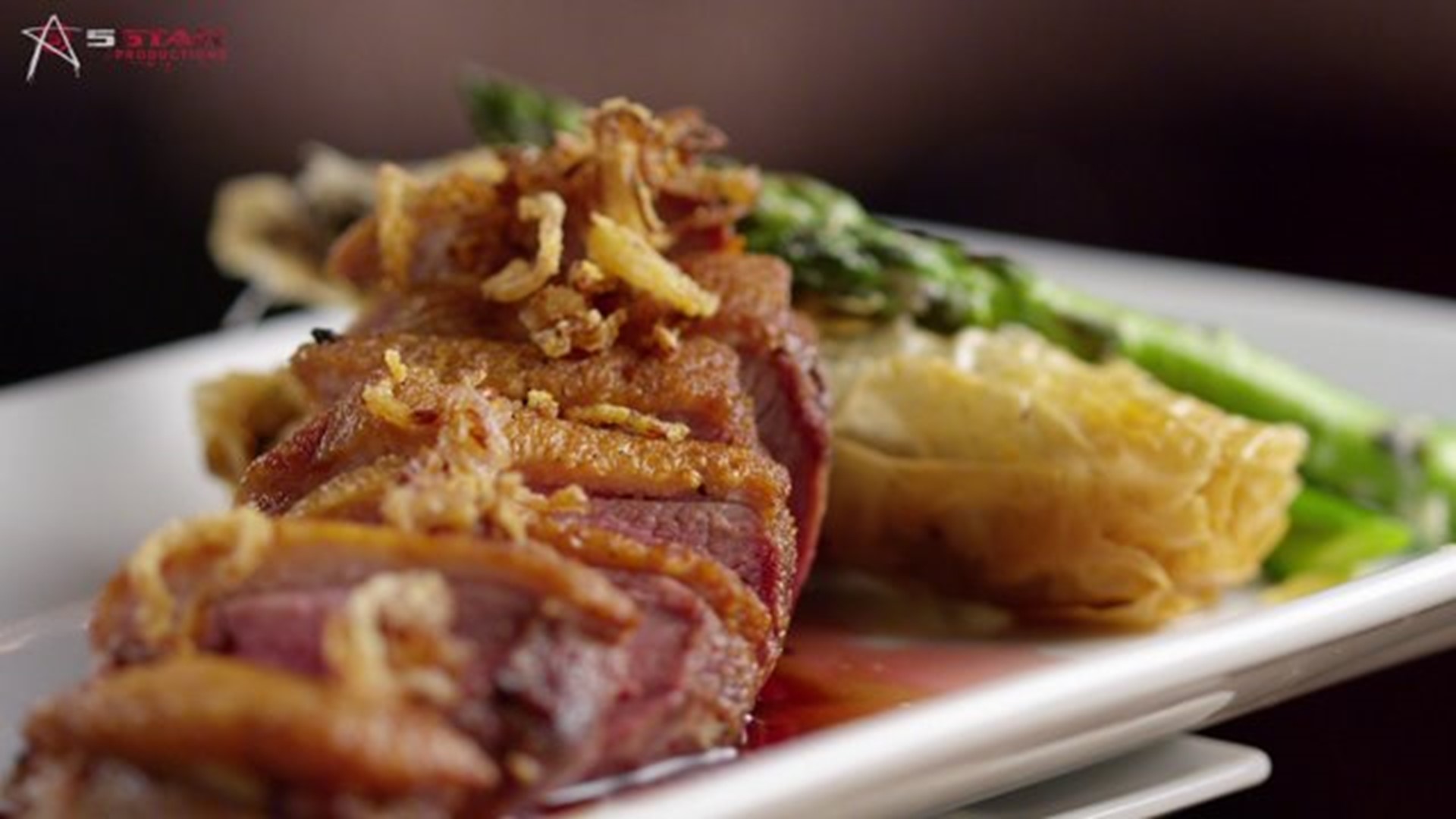 This week, Melissa Hall was in downtown Fort Smith and went downstairs to a hidden spot that's bringing big city flavors and flair, and making it available to everyone. Melissa visited none other than, 21 West End.

This dinner-only hot spot has a very intimate feel that combines fine dining with a casual twist. The upscale atmosphere manages to be fun and unpretentious, while still coming off as swanky.

"I wanted it to feel like if you were to walk into Las Vegas or Chicago or NY or Dallas,” said owner Kevin Dorey. “Like you could feel like you're in that big city atmosphere in the small town of Fort Smith.”

But even though it feels and tastes like a five star restaurant in a big city, the team at 21 West End wants everyone to be able to enjoy that same ambiance and culinary art right here.

"The atmosphere we're trying to create is for everybody,” Dorey said. “We want everybody to come in and enjoy what we do here. Everybody loves to eat or at least most people love to eat. Everyone has to anyway."

And Executive Chef Paul Capel has a new menu with half plates that make the experience affordable for everyone.

"We've added half plates to most of our entrées,” said Paul. “You can come in here and have a three course meal for $20."

Plus, the new menu, which still shows 21 West End's inherent fusion of classic traditional recipes and modern creativity, lets you mix and match too, so you can have fun, and try amazing new items without spending a lot.

"Everybody build your own plate. Build your own appetizer plate,” said Paul. “We have like 5 or 6 items on there. Where if you want two of this, one of this and one of this, I'll set it up like a sushi platter. So it's kind of your own individual dining experience and you can gauge with your wines and pass drinks around the table."